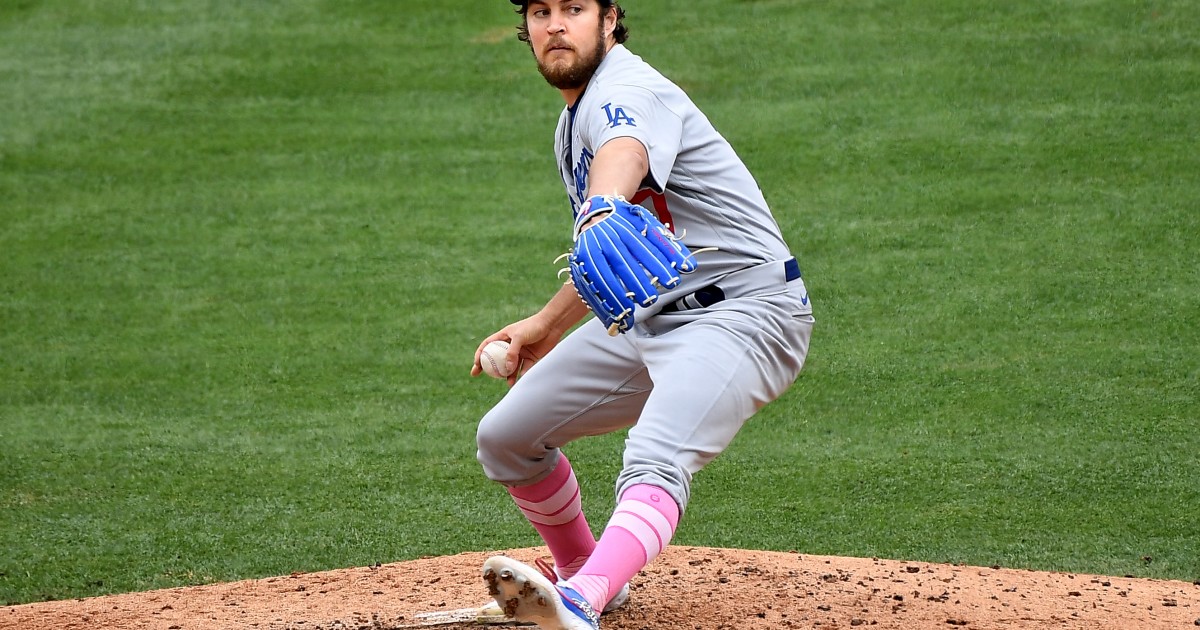 On May 18, the woman who accuses Dodgers pitcher Trevor Bauer of sexual assault said she was interviewed by two detectives from the Pasadena Police Department. On May 21, he said he drove from his home in San Diego to Pasadena, again to meet with police.

On Tuesday, almost six weeks later, in a court statement filed to support his request for a temporary restraining order, he wrote: “I am deeply concerned that no arrests have been made or charges have been filed.

On Thursday, Lt. Bill Grisafe of the Pasadena Police Department said Bauer remains under investigation for a felony assault.

The Times asked local lawyers to share what may happen next. They are not involved in the case and are providing a general analysis based on their view of the public records.

Does the six-week delay mean that Bauer is unlikely to be arrested or charged?

Not necessarily, said Los Angeles criminal defense attorney James Epstein. “I’ve had cases where it was quite a bit longer,” Epstein said. “The fact that he has not been arrested at this time is not a clear indication that he will not be.”

Josh Ritter, a Los Angeles attorney and former attorney for the Los Angeles County district attorney’s office, said the delay could reflect concerns that the case against Bauer is not strong enough, or that the additional time will be to prepare. a high-profile case that would undoubtedly be aggressively contested in court.

“It’s interesting that no arrests have been made,” said Lou Shapiro, a Los Angeles criminal defense attorney. “Normally, if someone is a victim of domestic violence and reports it, the police here are very quick to make the arrests. After making an arrest, they take the police report to the district attorney’s office, and they have a month or so to decide whether or not to file criminal charges. But the arrest is almost automatic ”.

The woman has a temporary restraining order for now. What will happen next?

That order was granted based on the documents the woman presented. At a July 23 hearing in Los Angeles Superior Court, Bauer and his attorneys will make their views known.

“Your team is going to have the opportunity to respond to the allegations formally in court,” said Los Angeles criminal defense attorney Dmitry Gorin, “saying, we must get rid of this restraining order because there is insufficient evidence. ‘”

In addition to requesting that the court uphold the order, the woman has also asked that Bauer be ordered to participate in what the court calls its “Batterer Intervention Program,” which would require her to attend weekly counseling and education sessions during one year. If it did, it could then argue that the restraining order should be lifted.

If Bauer were charged with sexual assault, what would be the main issue at trial?

“There are really only two defenses in each case,” said Neama Rahmani, president of West Coast Trial Lawyers. “The first is that it wasn’t me. The second is that it was spoiled. We know it was Bauer and this young woman. So the issue of consent is the only option in this case. “

Bauer’s agent said the two sexual encounters were rough, but “100% consensual.” The woman wrote: “I agreed to have consensual sex … I did not agree to be sexually assaulted.” How does that conflict affect a possible legal case?

“The line is not very clear,” Ritter said. “You can consent to things that would otherwise be criminal. People engage in very harsh and fully consensual sexual relationships that, if the person had not consented, could be considered assault and battery. Suffocating, beating and strangling could at least be minor offenses, but all of that can be allowed. “

The standard for conviction would be evidence beyond a reasonable doubt. Rahmani said prosecution could be difficult given the text messages Bauer’s defense has made public that show the woman encouraging rough sex, and the fact that she returned for a second sexual encounter after saying that Bauer had her. had knocked out during the first. The Times has not independently authenticated the text messages included in the restraining order request or provided by Bauer’s attorney.

In her request for the restraining order, the woman presented medical records indicating that she had been diagnosed with a “manual strangulation assault” and “acute head injury”, with multiple photos of her bruises.

“As egregious and disturbing as those photos are, they are trying to say that it was a consensual sexual encounter and that she came back for more,” Shapiro said. “So how are they going to prove beyond a reasonable doubt to a jury that she didn’t want any of this?”

Said Chloe Wolman, a Los Angeles family law attorney: “A victim doesn’t have to behave in a certain way. There are several ways that a victim can respond to such abuse, and any way that does not fit the stereotypical conception of what a victim should do and look like is often dismissed, not because the domestic violence did not occur, but because the police think that ‘she has a checkered past’ or ‘approached him to have sex’ ”.

“If you were unconscious, there is no capacity for consent,” Wolman said. “If someone is unconscious, your ability to do anything to them, even if they have previously consented, is over.”

If the district attorney refuses to prosecute, does the prosecutor have any other options?

Yes. In civil courts, where jail time is not an option and money is often the penalty, the standard of conviction is lower: a preponderance of the evidence, rather than proof beyond a reasonable doubt.

“This is the first step in filing a civil lawsuit against him for damages,” Shapiro said.

“This is being resolved through a civil court,” Rahmani said. “I’m 99% sure.”