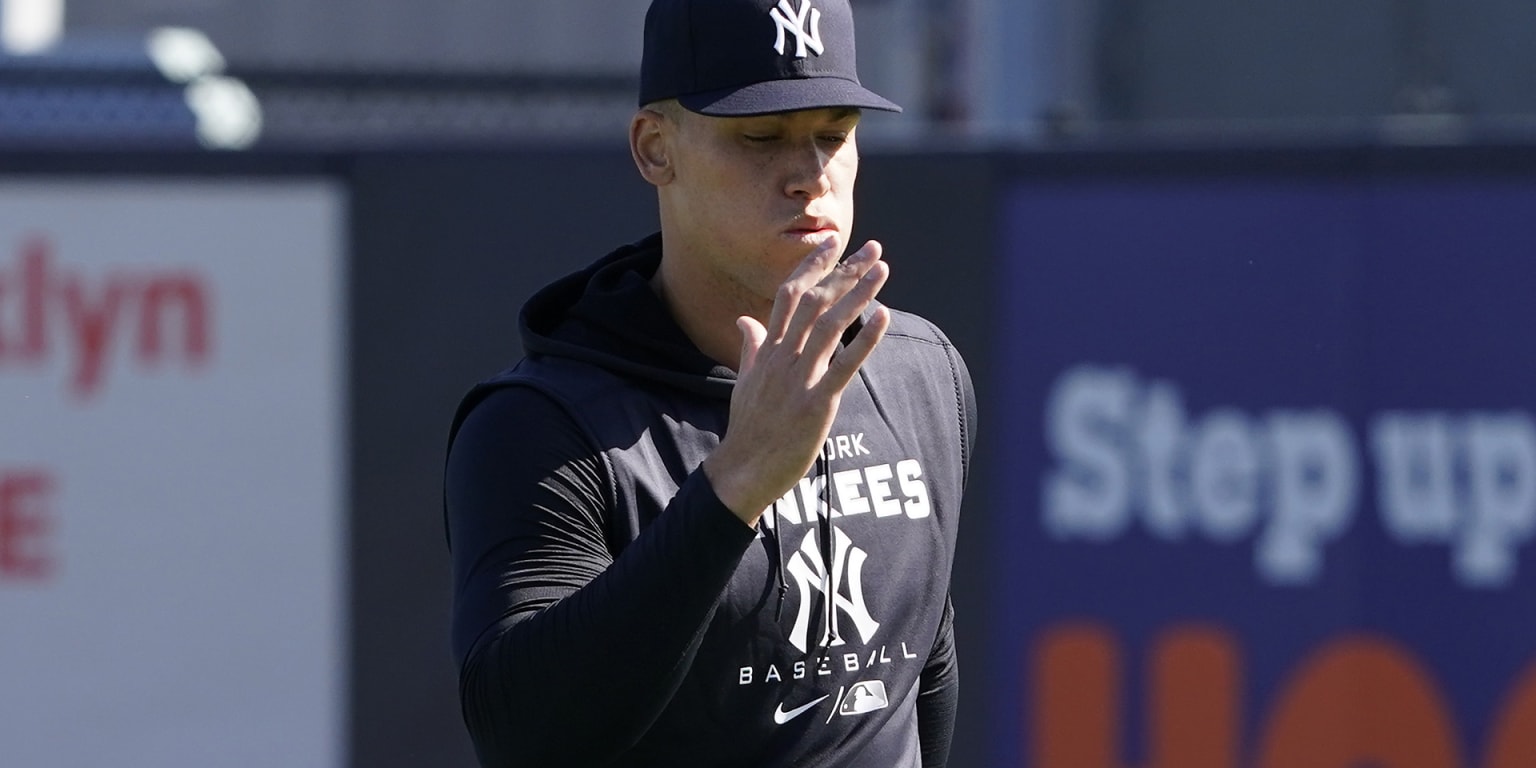 TAMPA, Fla. – One day after Aaron Judge expressed his desire to agree to a contract extension before Opening Day, Hal Steinbrenner made it clear that that is exactly what the Yankees have in mind.

Steinbrenner said Wednesday that while finalizing the roster structure remains the priority during the abbreviated camps, talks with Judge’s representatives will begin “very soon.”

“Judge is a very special player, a great Yankee,” said Steinbrenner, the club’s principal owner. “We will have conversations. I do not have doubts. They will be in the next few weeks. We do not have the usual time to resolve matters that We have pending. I told [Brian Cashman] that when the lockout ended, ‘we would focus on our needs. We have Aaron this year, so let’s focus on what we need to do to make the team better.’”

Judge said Tuesday that it would be “ideal” to agree to an extension before Opening Day, saying he doesn’t want “contract extensions or anything like that to become a distraction throughout the year.”

“I think it’s a normal thing,” Steinbrenner said. “He has things to focus on. We have talked about it. Yes, they will happen soon.”

Of the group of “Baby Bombers” from 2016-2017 that made many dream of the arrival of a new Yankees dynasty, only two remain, after the Dominican Gary Sánchez was traded to the Twins this week. Judge remains intent on fulfilling his goal of bringing New York a championship, though he would like to add more time.

Judge’s future has been one of the central topics in the Yankees’ workouts, where the outfielder reiterated his desire to sign a contract extension with the club. Judge said he hopes to reach a deal before Opening Day and if not, he is prepared to play his final season under team contractual control and then resume talks with the club.

“If we can talk and get something done in practice before the season starts, that would be ideal,” Judge said. “This is an important year, just as every year is important. We have a lot of things to focus on this year, like winning the division and winning a championship here in New York. I don’t want contract extensions and all that stuff to be a distraction during the year.”

Yankees general manager Brian Cashman said he has not yet discussed an extension with Judge’s agents, although the sides are scheduled to talk before the season opener on April 7 against the Red Sox. Judge is in the final year of arbitration eligibility and everything is set for him to get a raise over the $10.75 million he earned in 2021.

“We’d like to get him back if we can,” Cashman said. “Like with everything else, just like trades and free agency, you have to be on the same page and find common ground. The only way to find out is by talking, first and foremost. That is going to happen and we will try to keep everything private. We’re happy he’s a Yankee and it would be great if we can make him a Yankee longer.”

Judge, who turns 30 in April, burst onto the scene as part of the Yankees’ 2017-18 pivot toward young talent, along with players like Sanchez, fellow Dominican Luis Severino and first baseman Greg Bird, a group which has enjoyed varying levels of success. Among them, Judge has clearly been the most successful.

“There’s no way we would have made the playoffs without what those guys did in the second half,” manager Aaron Boone said, referring to Judge and outfielder/DH Giancarlo Stanton. “With what they did, we leaned on them big time down the stretch.”

Stanton said he “looks forward to the rest of our careers being together.” In November 2014, Stanton signed a 13-year, $325 million deal with the Marlins, the biggest contract in the history of American professional sports at the time.

Now that Judge has such a contract in his sights, Stanton revealed that he would advise Judge not to trade numbers during the season.

“Hopefully, we’ll keep their focus on the ground,” Stanton said. “Obviously, you want to define things. I imagine that you do not want to be in that comes and goes during the year.

Judge has said time and time again that his desire is to stay with the Yankees, who selected him in the first round of the 2013 amateur draft.

“As long as I’m playing baseball, I want to wear the striped uniform,” Judge said. “It is an honor and a blessing to be here, to have the opportunity to play for this franchise, to be surrounded by great players and to follow in the footsteps of so many former top players who have played this game.

“There is no better place on the planet to play. It is something that I firmly believe and that I have expressed. I want to stay here, in the striped uniform. If that happens, it happens. But if it turns out not, I will enjoy the memories I have here.”

Will Judge be with the Yankees long term?