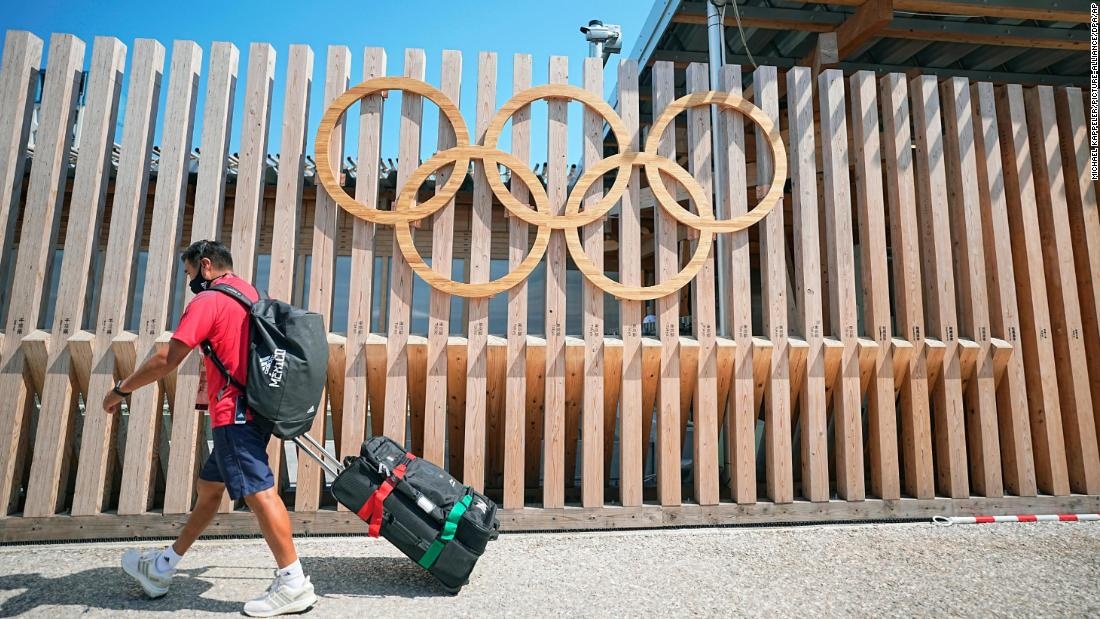 The risks of the Olympic Games against covid-19 4:04

(CNN) – The world of sports, just a few days before one of its major world events, has been dealing with a significant and worrying number of COVID-19 cases.

Some Japanese residents have called for the Olympics, which start this week a year late due to the coronavirus pandemic, to be canceled.

Sports teams and major events are being challenged by the recent number of positive tests.

How many medals could Mexican athletes win? 5:23

• In the recent Copa América and in the European soccer championships, teams lost players who could not compete due to virus protocols.

• Six New York Yankees players tested positive for the virus last week, forcing the first MLB game to be postponed after the All-Star break and forcing several lineup changes in contests that led to cape. It wasn’t the first time the Yankees had seen a group contagion.

• The Colorado Rockies announced Friday that multiple players, the manager and a coach would lose time due to COVID-19 and MLB contact tracing protocols.

• The exhibition game for the US men’s basketball team, scheduled for Friday, was canceled after USA Basketball announced that Washington Wizards guard Bradley Beal will miss the Olympics and Jerami Grant of the Los Angeles Wizards. Detroit Pistons was placed under the organization’s health and safety protocols.

• Two members of the South African men’s soccer team and a video analyst tested positive at the Olympic Village. Now, some 21 team members considered close contacts of those athletes are in isolation or quarantine.

• Tennis players Alex de Miñaur from Australia and Coco Gauff from the United States tested positive, meaning they would not compete in the Olympics.

• Katie Lou Samuelson, a member of the US Olympic 3×3 Basketball Team, will also miss the Games due to COVID-19.

• On Sunday, Kara Eaker, alternate for the US women’s gymnastics team, was placed in isolation after testing positive for the virus.

What about covid-19 in sports competitions?

But is the significant number of cases a sign of covid-19 in the world around us, or is there something different about sports competitions?

“There aren’t many places that we test as often as we do professional sports and college sports,” Dr. Costi Sifri, an infectious disease physician and hospital epidemiologist at the University of Virginia, told CNN.

He said it’s not a bad thing that frequent testing of athletes is detecting what has often been a remarkable number of asymptomatic cases.

Will empty stands impact the Olympics? 2:53

He also explained that if he were an Olympic athlete, he would have been vaccinated, which is not mandatory. But when he got to Tokyo he would act like he wasn’t vaccinated.

“There are ways to do things safely,” he said, noting wearing a mask during high-risk situations and attending social events only if they take place outdoors.

The proximity in which athletes spend time could be a breeding ground for infectious diseases, Sifri said.

It should be noted that vaccine programs vary in nations around the world and not as much is known about some vaccines administered in some countries, he added. Some adolescent athletes may come from countries that do not vaccinate people of that age, the doctor added.

The Games, a unique challenge against covid-19

Tokyo athletes are told to limit their movements to places and people. The rest of the strategy is the pillars of pandemic public health, the chairman of the Independent Expert Panel (IEP) of the International Olympic Committee recently told Gupta.

“Social distancing, physical distancing, wearing a mask and hand hygiene,” said Dr. Brian McCloskey, Olympic Games health advisor. “They were always at the fundamental core of what we knew would reduce the risk of covid-19 during the Games. And then we started a layer on top of that, the testing strategy that we could have,” he added.

McCloskey told Olympics reporters Monday that he thought covid-19 numbers among athletes were “actually extremely low, probably lower than what we expected to see.”

The competition begins on Wednesday and the opening ceremony is scheduled for Friday.

The Olympic Village is prepared with covid-19 testing and health centers, with signs reminding residents to wear face masks and stay at least 1 meter (about 3.3 feet) apart. Athletes will be tracked and evaluated daily for COVID-19; If they test positive, they are taken to an isolation center outside the Olympic Village and will not be able to compete.

The measures of the Olympic Games against covid-19 2:17

“They’re doing what you do with a new pathogen when you want to contain it. Not mitigating the spread, you know, not slowing the spread, but stopping it in its tracks,” he told CNN’s Jim Sciutto.

One thing that would help slow the spread of the virus would be if all professional sports teams could persuade 100% of their eligible members to get vaccinated, Sifri said.

Major League Baseball and the players union agreed earlier this year to relax certain health and safety protocols for clubs that have a vaccination rate of 85% or higher.

The Yankees are one of 23 major league teams to have reached that threshold, a source with knowledge of the situation said. Before those protocols were changed, players were tested at least every other day.

The challenge of new variants of covid-19 for athletes

But Sifri said the delta and other variants are an elephant in the room.

“The new variants raise the question: is that (85% threshold) still enough?” He asked.

Teams should inform unvaccinated members of social distancing and wear masks in locker rooms, he said. They should also try to understand why a team member is not vaccinated.

And the fans? Should spectators wear a mask to an event? Sifri said she probably wouldn’t use one given the current situation.

“I feel comfortable enough with being outside without a mask knowing the efficacy of vaccines and the biology of transmission,” he said.

But he added that it would also take into account local data and trends in cases. What is happening where he lives in Virginia, for example, could be better than in another state where the numbers are worrying, he said.