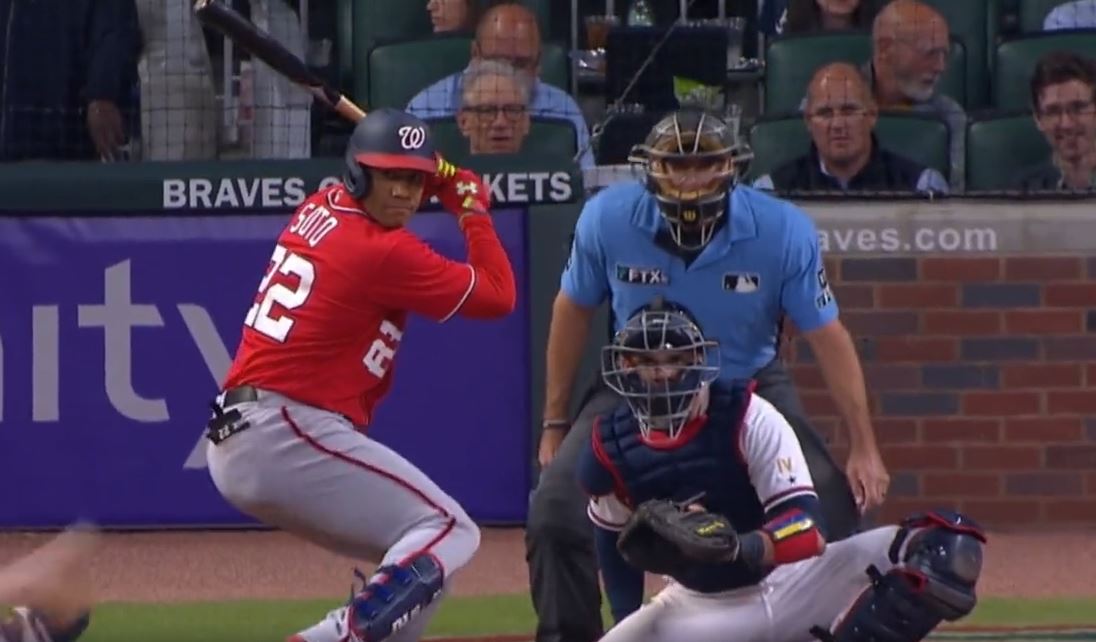 The new Atlanta Braves pitcher, Spencer Strider and his 101 miles challenged the considered best hitter in the Major Leagues, John Soto on the MLB.

Through the Atlanta Braves and Washington Nationals’ first game of the 2022 season, Juan Soto taught respect to a rookie Braves pitcher who struck some fear in his first outing with consistent 100-mile fastballs against the Cincinnati Reds.

Strider went with a fastball 101 miles against Juan Soto, who dropped it with a hit after a superb line to the opposite band. Spencer Strider is one of the promises of the Atlanta Braves bullpen, in 2021 he barely managed to throw 2.1 innings and that is why he is still considered a rookie who can even win the rookie of the year award.

Strider was the first pitcher of the season to throw 100 miles or more, when he debuted against the Cincinnati Reds, pitching 2 shutout innings with five strikeouts, leaving those present speechless and thrilling his bosses.

John Soto proves once again that 101 miles does not stop him, although if the situation gets more difficult, throughout his career he has punished pitchers with great speeds, but not all are victorious. Soto is heading in the same direction as last season, when he was the leader in walks, in just four regular season games he has received a total of four walks in the MLB 2022.

While Strider was the first pitcher of the season to throw 100 miles or more, when he debuted against the Cincinnati Reds, working 2 shutout innings with five strikeouts, leaving those present speechless and exciting his bosses, this was the pick 126 pick in the fourth round of the 2020 draft, it didn’t take him long to make it to the big leagues.

Who won? Pitcher challenged Juan Soto with 101 miles through the middle