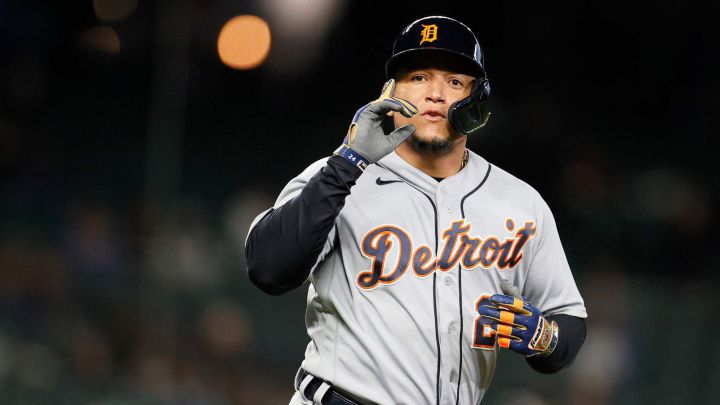 Behind the brilliant career of the Venezuelan of the Tigers from detroit, Miguel Cabrera, there are two agents that have been extremely important to the success of this player in the Major League Baseball – MLB.

Miguel Cabrera, from the beginning of his career in the Major Leagues in the 2003 season, painted for important things, but then in the Detroit Tigers his present had a high growth and that was thanks to two people who off the field are vital to the Venezuelan and they are Diego Bentz Y Fernando Cuza, his two agents in the best baseball in the world.

Cabrera, for a few years now belongs to the ISE Baseball agency, where with Bentz and Cuza he has achieved extremely great things in his career in the MLB, and a vivid example is those millionaire contracts with the Tigers from Detroit.

He is a sports and entertainment specialist, educated at the University of Iowa School of Law. Known for adding extraordinary value to clients’ efforts, he is also a Strategic Advisor. Highly trained in negotiation, arbitration, business strategy and income generation. Also, MLBPA Certified Agent.

An MLB agent for more than 30 years, he is remembered for having among his clients high-caliber players such as David Ortiz, Mariano Rivera, Alfonso Soriano and obviously Miguel Cabrera, being an integral part of the execution of the eight-year mega agreement and $ 248 million from the Venezuelan with the Detroit Tigers. Currently in Las Mayores he has $ 374.2 million in contracts.

It is a company where its players are always top priority. Having represented numerous Hall of Famers, MVPs and MLB All-Stars. They leverage their strong industry relationships to help achieve contractual success for their clients from the MLB Draft to the end of their playing careers. They have more than 35 years of combined experience and have negotiated more than $ 1 billion in contracts in the last five years alone.

Miguel Cabrera has enjoyed a brilliant career with these agents, since he joined the 500 home run club in the Major Leagues, has been MVP, Triple-Crown and of course, signed his signature in one of the most lucrative contracts in the league. baseball history for the moment.