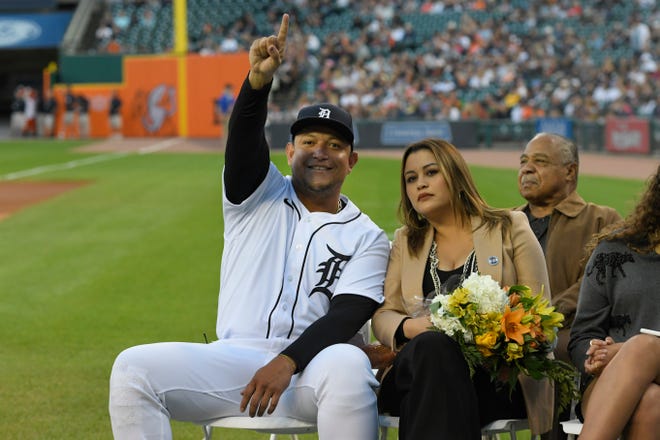 The Venezuelan of the Tigers from Detroit, Miguel Cabrera, has teammates in the Major League Baseball – MLB and also a life and family companion, which is why we will tell you who she is below Rosangel Polanco, the wife of this extraordinary player.

Although the Venezuelan Miguel Cabrera was in charge of maintaining a private life with a very low profile, it is known that he has a very nice family with Rosangel Polanco, mother of his children and with whom he has almost 20 years of relationship, without a doubt of the best things this player should have, leaving aside all his achievements in the majors.

But who is Rosangel?

There is little information on her date and year of birth, what is known is that she hails from the state of Aragua just like Miguel Cabrera and they have been dating since student days. in the high school in the high school, in the La Cooperativa neighborhood, near La Pedrera.

Since June 2002, they formalized their marriage, being a love that flourished from a very young age. In addition, they have three children, named Christopher Alexander Cabrera, Isabella Cabrera, and Rosangel Cabrera.

One of the times in which Rosangel’s name appeared more frequently in the networks was related to an infidelity committed by the Tigres player, which resulted in two children, the same that was with Belkis Mariela Rodríguez. Although this situation was controversial for the Venezuelan, he was able to resolve it and did not merit a divorce with his longtime wife.

Its infrequent to the stadium

Unlike other player wives, Miguel Cabrera is not seen often in MLB stadiums supporting her husband. It seems that she is the one who likes the support from television and staying at home with her children.

Miguel Cabrera has a foundation that helps sick children in which he works hard with his wife. Among the social work that the organization has done is a donation of $ 25,000 to the Joe DiMaggio Children’s Hospital in Florida.

Who is Rosangel, the wife of Venezuelan Miguel Cabrera?