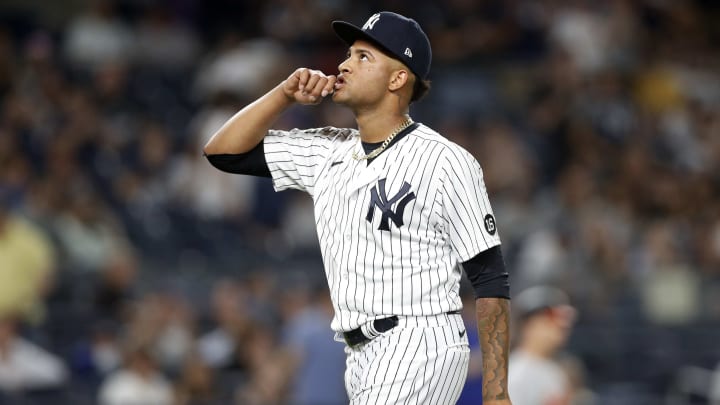 The injuries of several starters of the New York Yankees this season of MLB and Gerrit Cole’s COVID-19 positive led Bronx troops to urgently search the farms for a pitcher.

And that allowed us to see the talent of the debutant Luis Gil, who has already made two good starts in the Big leagues.

The revelation of the Yankees is a 23-year-old right-hander born in Azua, Dominican Republic. A top prospect, he was promoted from AAA and last week’s was his first major league appearance.

The rookie is the first MLB pitcher since 1900 to strike out 14 with fewer than 10 runners on base and no runs scored in his first two outings.

The scout report indicates that the young Dominican has a fastball that on average shows between 95 and 98 miles per hour, but can carry 100. He has a good slider and is developing change.

The New York organization acquired the right-hander in a trade with the Minnesota Twins in 2018. Outfielder Jake Cave was involved in the transaction. It was Minnesota who signed him as a professional, with a $ 90,000 bonus in 2015.

Gil leaned on his faith to face the pressure of his debut: “I prayed a lot. I asked for guidance, because I knew I was going to be nervous. ” The first thing he did when he found out about the promotion was call his family. For his second opening he watched many videos and accepted advice from a good friend,

Gil made his debut for the Tigres del Licey in the 2020 season of the Dominican Republic Professional Baseball League. Licey selected him in round 15 of the 2019 Rookie Draft.