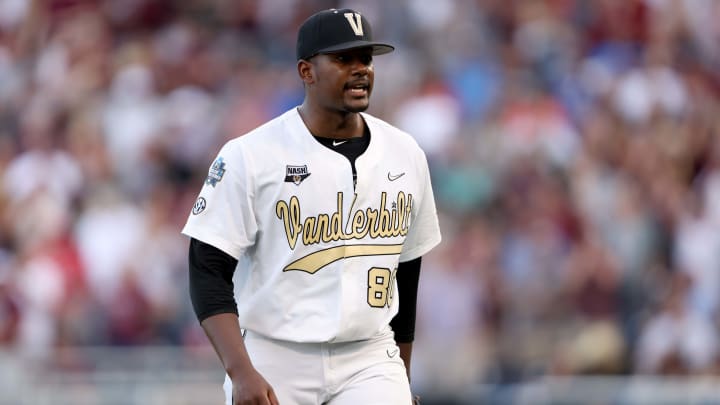 There was a great commotion when the New York Mets announced that they would not sign Kumar Rocker, the 10th overall draft pick of the MLB 2021.

Until Marcus stroman, the Mets pitcher, showed empathy with the young man and dedicated a few words to him. And his agent, Scott Boras, has made fiery statements.

Kumar rocker is a right-hander who was born on November 22, 1999 in Watkinsville, Georgia. The 1.96 m tall and 11 kg young man was playing for the Vanderbilt Commodores in the NCAA when he was selected in the draft. Kumar played football for two years at North Oconee.

The 21-year-old pitcher was one of college baseball’s leading prospects. He has a good slider, but it is the fastball that allows him to add a large number of strikeouts. It averages between 92 and 95 miles, but has reached 98. You must work on your command.

When the team made the announcement, they raised concerns about the condition of his elbow after a medical evaluation. Boras has dismissed this argument and says an independent examination showed he is healthy.

His father, Tracy Rocker, is an assistant coach for the Philadelphia Eagles in the NFL and a member of the College Football Hall of Fame. He had a great career as a defensive tackle at Auburn University. He played four years in the NFL for Washington. Kumar’s mother, Lalitha Rocker, is a designer and daughter of Indian immigrants.

The right-hander had a 1.93 ERA with the United States team that won the World Baseball Softball Confederation (WBSC) U-18 Baseball World Cup gold medal in 2017. He later joined Vanderbilt.