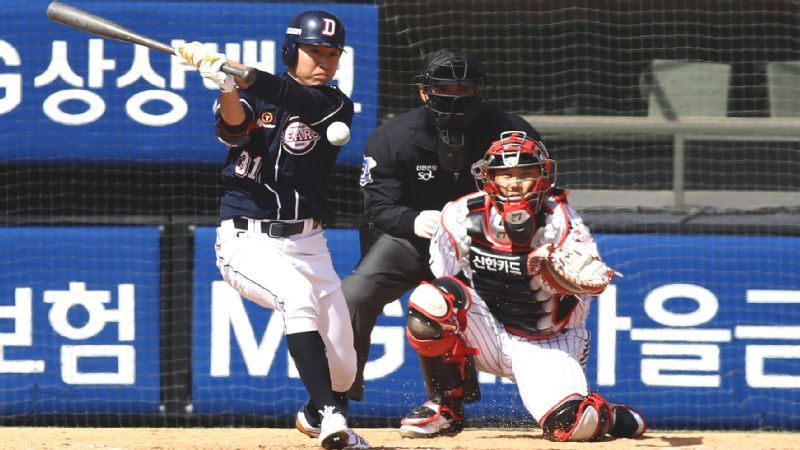 Major League Baseball (MLB) has been paralyzed for more than three months, but the rest of the most important professional circuits in the sport are preparing with harmonious normality to play their seasons next summer.

The tournaments of the minor leagues affiliated with MLB and the championships of South Korea, Japan, Mexico and Taiwan, mainly, are scheduled to start between the last week of March and the penultimate week of April, which would be their first relatively normal campaigns since in 2019, after dealing with the coronavirus pandemic for the last 24 months.

The Major League Baseball season, originally scheduled to have its first official “playball” on March 31, is in limbo due to a lockout declared by the league on December 2, minutes after the last CBA expired. with your Baseball Players Association (MLBPA).

But aside from that, the rest get ready to play.

MLB MINOR LEAGUES: In February of last year, the commissioner’s office announced a revamped minor league system of 120 teams, spread over four tiers (Triple A, Double A, Class A Upper and Class A Lower). Those teams received licenses from the Professional Development League (PDL) and were declared partners of the Major League clubs.

In the new structure, Triple A East has 20 teams and Triple A West has 10. Double A is divided into three divisions; Central (10), Northwest (12), and South (8), as well as Class A High (Central, 12; East, 12, and West, 6) and Class A Low (East, 12; Southeast, 10, and West, 8).
The competition in AAA will begin on Tuesday, April 5 with 15 games, beginning at 1 pm ET with the matchup between Iowa (Chicago Cubs) and Buffalo (Toronto Blue Jays). All other tournaments will have their opening festivities on Friday, April 8.

UNITED STATES INDEPENDENT LEAGUES: The nine-team Atlantic League is scheduled to start its season the last weekend in April, the eight-team Frontier League will have its opening day on Thursday, May 12, and the 12-team American Association the following day.

MEXICAN BASEBALL LEAGUE: The opening game of the 97th season of the Mexican Baseball League (LMB) will face the Red Devils of Mexico with the Toros de Tijuana at Chevron Stadium, on Thursday, April 21. Tijuana won the title the previous season.

The circuit of 18 teams (divided into two zones) will have a calendar of 810 games, 90 per team, in its regular stage. The All-Star Game will be held in Monclova on the weekend of June 17-19, while the regular round will conclude on Sunday, August 7. The King’s Series, the grand final of the LMB, will be held from September 9 to 17.

NPB OF JAPAN: Japan’s major leagues (NPB) are currently in their second week of exhibition matches, in preparation for opening day on Friday, March 25.

The Yomiuri Giants, the most popular and winning in the league, underwent a major renovation of their legendary stadium, Tokyo Dome, for this season. In addition to installing a new LED vision screen, they remodeled the main entrance door, created new exclusive seating areas and installed facial recognition technology to move around the building.

SOUTH KOREA KBO: The 40th season of the Korean Professional Baseball League (KBO) is scheduled to kick off on Saturday, April 2. On the five-match day, champion KT Wiz will host the Samsung Lions at his home, KT Wiz Park in Suwon.
KT Wiz, Lions and the other eight KBO clubs (Hanwha Eagles, Doosa Bears, Lotte Giants, Kiwoom Heroes, LG Twins, SSG Landers, NC Dinos and Kia Tigers) will play each other 16 times for a total of 144 matches in the regular series.

TAIWAN CPBL: The Chinese Professional Baseball League (CBPL, for its acronym in English) will open the actions of its 2022 season on Saturday, April 2 with a clash between the current champion, CTBC Brothers, against the most winning in the history of the circuit, Uni -President 7-Eleven Lions.

Each of the five clubs will play 120 games (60 home and 60 away) for a total of 300 games in the regular season. The other active teams are Fubon Guardians, Rakuten Monkeys and Wei Chuan Dragons.

A week ago, the CPBL announced that Taiwan Steel Group (TSG) will be the organization’s sixth group, after fulfilling a series of requirements and pending others. TSG, which would play in the city of Kaohsiung, could enter the annual draw in July, in preparation for its 2023 debut.

While MLB is paralyzed, the rest of baseball prepares to play