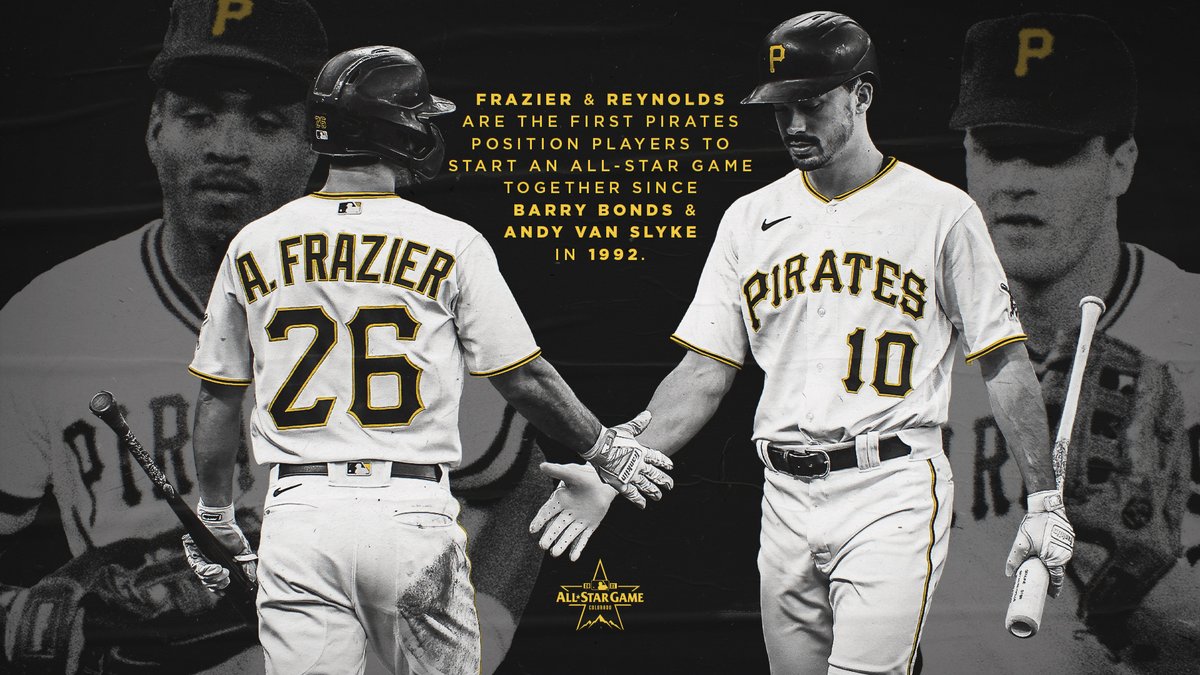 With the midseason changes of MLB 2021 just around the corner and with the rumor of change in the Pirates from Pittsburgh by Adam Fraizer, it made me remember the changes of Gerrit Cole, Tyler Glasnow and Austin Meadows among others and wonder where the buccaneers if they had kept them on their team.

As a Latino I associate Pirates from Pittsburgh Roberto Clemente, as Venezuelan Carlos The Admiral García and as a baseball fan especially the postseason from MLB Stan Belinda, Doug Drabek, Tim Wakefield, Jeff Kent, Bobby Bonilla, Barry Bonds, Mike LaValliere, Jay Bell, Jose Lind, Orlando Merced, Barry Bonds, Al Martin, Lloyd McClendon, Will Pennyfeather, Andy Van Slyke and Jim Leyland ( manager) among others of that team that lost three consecutive National League Championship Series in the 90s, from 90 to 92, especially the one they lost to the Atlanta Braves with a hit by Francisco Cabrera to land them on Sid’s run Dead Face Bream.

Since then I do not remember some Pirates from Pittsburgh so good and so successful in MLBBut they did when they did not retain their star Barry Bonds, who let the San Francisco Giants go in 1993, where he could continue to win Most Valuable Player (MVP) Awards, even play the 2002 World Series, but not win it.

Since then as the Pirates from Pittsburgh They are not hunted with any player named Barry Bonds, Gerrit Cole, who were traded to the Houston Astros in the 2018 offseason for Colin Moran (3B), Jason Martin (LF), Joe Musgrove and Michael Feliz (RHP).

Or Tyler Glasnow or Austin Meadows, who traded the Tampa Bay Rays for Chris Archer. Glasnow and Meadows, helped the Rays play the World Series of MLB 2020, although they have not won it and also because they were in the last two major league postseason and as they are going for their third in a row.

Among others, those who have also come out of the Pirates from Pittsburgh, perhaps to stay with the buccaneers these would be elsewhere in the Central Division of the National League or shipwrecked out of the sea of ​​the postseason of the MLB And what to write about the World Series in which they have not sail or won since 1979, maybe they need another Dave La Cobra Parker or another Roberto Clemente and hold them and not let them go like Barry Bonds, Gerrit Cole, Tyler Glasnow, Austin Meadows and company And that Clemente was taken away from the Los Angeles Dodgers.

Image of the Pirates from Pittsburgh.