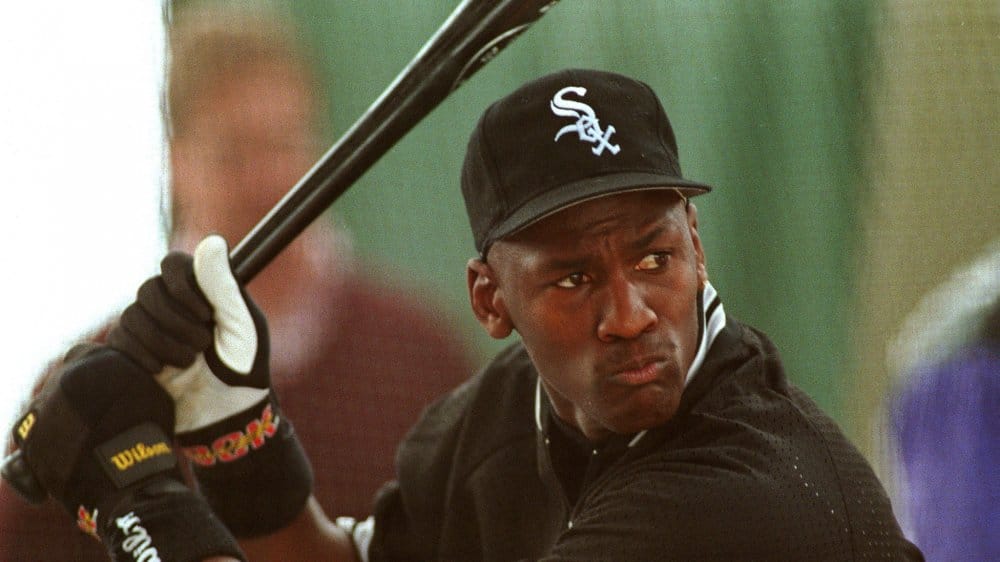 As is known, the historic NBA player, Michael Jordan, had a brief internship at the baseball professional, specifically by Minor leagues from MLB, which is why we will show you their numbers in that experience.

Michael Jordan, in retirement from the MLB, wanted to venture into baseball, this being in 1994 when he signed a Minor League contract with the Chicago White Sox team, becoming at that time an outfielder who was assigned to the Double – A affiliate, the Birmingham Barons.

Jordan’s decision to leave the NBA at the height of his career in order to pursue a short-lived career as a professional baseball player is still a source of curiosity, but it is said that his first choice as a sport was always baseball, even his father played and was good according to experienced sources. In addition, MLB manager Terry Francona at the time praised Michael’s talent for playing ball.

What were their numbers?

On the other hand, it is said that if Michael Jordan had not abandoned his dream of being a player to return to the NBA, he would easily have had the opportunity to make his debut in the Major Leagues.

Almost play in the winter

At that time, it was rumored that possibly “Air Jordan” could have played with the Caribes de Anzoátegui in the Venezuelan Professional Baseball League (LVBP), this due to an agreement that the Venezuelan organization of Puerto La Cruz and the Chicago White Sox had. .

Jordan’s internship for the ball was brief, but for an elite athlete in the NBA, leaving basketball, going to play another sport and returning to the court is something too admirable and commendable, which is why he is considered as one of the best athletes in the world, this because of his competitiveness and talent.

What numbers did Michael Jordan put on his baseball internship?