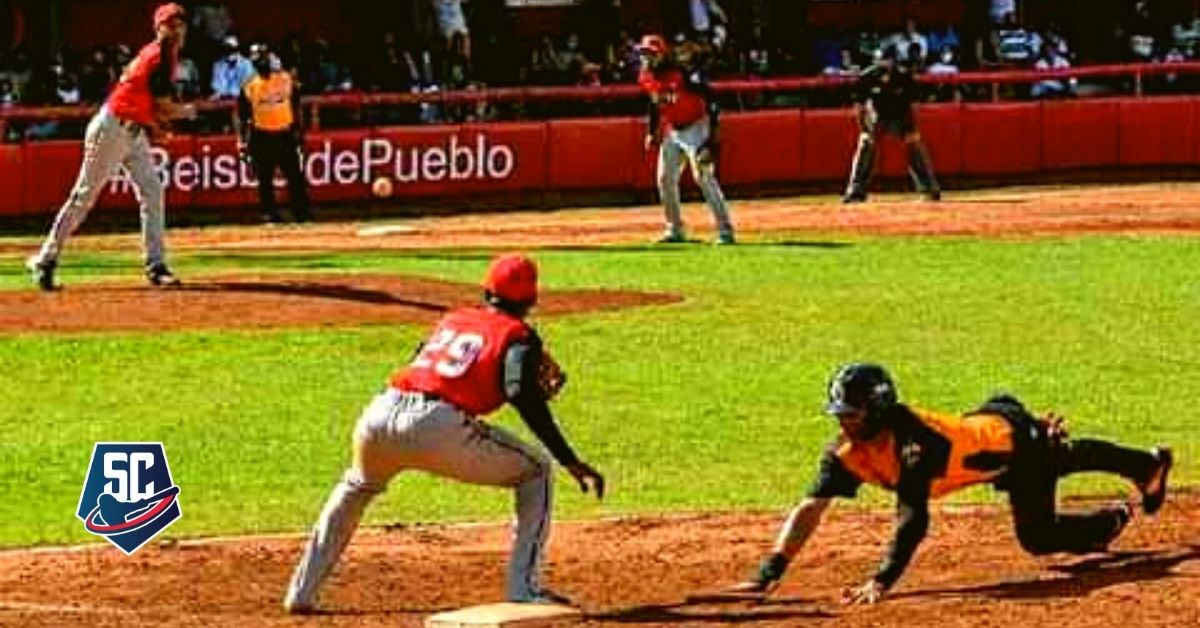 The day of Thursday, February 10 in the National Series 61 was starred by the double victory from Santiago against Villa Clara, the sweep from Matanzas in Holguin’s Calixto García and the tremendous grout delivered by the pitching from Pinar del Río to the Leñadores; while the Indians delighted their fans by taking the particular confrontation against the Elephants.

The Wasps look huge and are more leaders than ever

The Avispas from Santiago continue to cling to the top of the championship and with a pair of 3×2 and 7×4 victories against the Villa Clara Leopards, they became the first team of the campaign to reach ten successes (10-3) and they remain the only cast to have won every particular series to date.

In the first hour, two consecrated men engaged in a nice pitching duel for six innings; Alberto Bicet and Freddy Asiel Álvarez were in very good shape and limited the opposing offense to six and five hits respectively.

Osday Silva, Dasiel Sevila and Nelson Batista brought the untamed runs, while Darién Vizcaíno hit the first of his two home runs of the day, while Juan Carlos López brought the other.

Freddy allowed three, struck out four and gave away three walks and lost for the second time without a win; Bicet did not give away bases and struck out three, to achieve his third success of the campaign. The reliever Luis Fonseca, in one and a third, was immense, striking out three of the five rivals he faced, scoring his fifth save, to remain the sole leader in that department.

Half an hour after the end of the first challenge, Carlos Font and Oscar Hernández (0-2) faced each other and although neither of them appeared in top form, the indomitable backed their pitching very well with an attack of ten hits and combining with par of costly errors, both by first baseman Reidel Pedraza, ruined a five-run rally in the bottom of the fifth, when Villa Clara had taken command 4×2.

Key was Osday Silva’s offense, 4-3 with a couple of runs scored and the same number of RBIs, as well as Denis Alá’s unstoppable pinch-hit that drove in another couple of very important runs. Excellent replacements by Yoandri Montero (2-0) and Luis Fonseca, who had already saved the first match, repeated the dose and reached six so far in the series.

It may interest you: Former Yankees outfielder DIED at 55 after hard battle with illness

For Villa Clara, highlight for its captain Yurién Vizcaino who batted 3-2, with a home run and three trailers. The fourth batter of the sugar producers reached four homers in the campaign and added his numbers 50 and 51 in the National Series. Pedro Jova’s disciples now have an identical record of six wins and six losses.

The Crocodiles, with a scare, but swept the Calixto García

The Crocodiles completed the sweep against the Cubs, on this occasion without the need to go into extra inning, although at the last minute the locals made four annotations that made the last moments of the match emotional, which concluded with 9×6 scores and put the current runners-up, with a balance of nine and three, in second place in the table, half a game behind the Wasps.

The Matanzas big man was Yariel Duque, with four RBIs, while Eduardo Blanco knocked her out of the park. For the losers Laindel Leyva and Edilse Silva took the lead with a couple of hits in four turns and two trailers each.

Renner Rivero appeared in great shape and worked seven innings at a rate of six strikeouts, one walk, two earned runs allowed and had six hits to achieve his second success without defeat. That great job contrasted with the poor start of Jonder Martínez, who was made three and could not get outs. Daykel Parra got the last six outs, striking out three but allowing four hits and one run; thus scoring his first save of the season.

The pitching from Holguín made waters again and only the fourth and last reliever of the clash, José Antonio Rodríguez, who was only beaten by a rival per ticket in three and two thirds, managed to escape the Yumurino batting. Starter Emmanuel Chapman, who got only two outs, suffered his third winless loss of the season. For the Cubs, he was loser number nine with three hits, occupying the bottom of the table.

Yosvani Torres painted the Mella white as the best of wines

As in his best times, the right-hander Yosvani Torres presented himself, who for eight innings kept the Leñadores’ strong slugger in one fist and only accepted an indisputable one, from Yuniesky Larduet in the same first inning.

Such was his dominance that he retired the last 15 rivals in order, leaving the way ready for Frank Luis Medina to complete the task, retiring the ninth and scoring his second save of the season.

His rival, Carlos Juan Viera, was in good shape again, working for six and two-thirds of an inning in which he only scored a couple of runs. For Yosvani Torres it was his second victory with a loss of the season, while for the man from Las Tunas it was his second failure with a smile.

It may interest you: REPORT: Major League Baseball halted anti-doping tests for the first time

Pinar del Rio shortstop Juan Carlos Arencibia was the leader on offense, going 2-4, with a pair of doubles and the same number of RBIs. While Lázaro Emilio Blanco and Reinier León also shot a couple of hits.

The Vegueros, with this 3×0 victory, maintained their historic dominance over the Balcón del Oriente with 77 wins out of 70; They reached their seventh success in 13 games, while the Lumberjacks continue their unstable pace with a balance of five and eight. So far, after five private series, those led by Pablo Civil have not been able to win a single one of these clashes, falling in three of them and equaling two. As a curious fact, they have not been swept either.

The Indios del Guaso won the particular series against the Elefantes by beating them with a score of 6×4. Solid pitching by Enyer Fernández for 6.1 innings, great closing by Yeudis Reyes and opportune hitting by Robert Luis Delgado and Biorgelvis Roque, with two RBIs each, were the keys to the success of the Orientals.

For the southerners, Luis Vicente Mateo once again looked good at bat, going 2-4 with a double and a couple of RBIs; while Pavel Quesada and Yusniel Ibáñez also went multihit, batting 5-2 and 3-2, with one trailer respectively.

Now Guantanamo and Cienfuegos share place in the standings, with five wins and eight losses, occupying, together with Las Tunas, the 12th place in the classification.

In other results: the Gallos defeated the Piratas 6×4 and 3×2 twice, Ciego defeated Industriales 6×4 in a clash that was interrupted in the eighth by rain, Artemisa defeated the Bulls 7×3 and current champions they left the Hurricanes lying on the ground in the tenth inning with a 5×4 board.