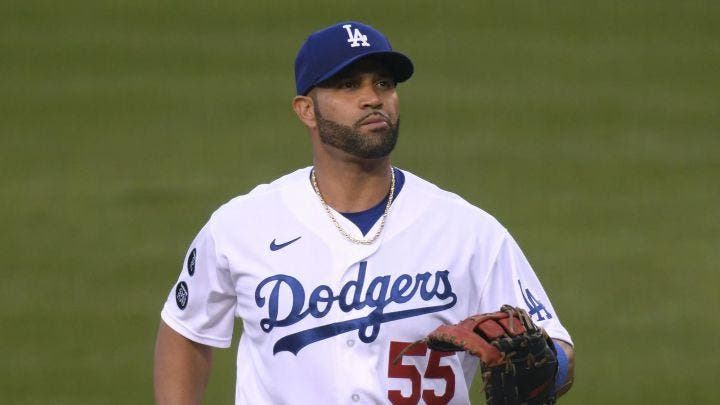 In the case of Pujols, age and the decrease in his numbers affect him, Neck is haunted by arm injuries and Castro has lost a bit of the impact he had.

18 days after the opening of the Big leaguesworry that Albert Pujols, Johnny Cueto and Starlin Castro remain jobless. mike rodriguez, from Chicago Univision, He has been attentive to every movement and presented yesterday to the newspaper TODAY the most recent.

Johnny Cuetowho has been training in San Pedro de Macorisseems to have chances to return to Cincinnati.
That’s where he started his career, having his best year in 2014 when he won 20 games. However, injuries have kept him from breathing and throwing with his San Francisco Giants failed to shine as expected.

On Castro, Rodriguez revealed to TODAY who spoke with him and told him that he had no job offers yet.
Castro had a spectacular career start with the chicago cubs, to the point that in his second year (2011) he had 207 hits. But then outside personal issues, injuries and all that slowed his rise in baseball.

With respect to Pujols, until eight o’clock on Sunday night, was still waiting for an offer. There were rumors that various teams might be interested in his services, but none of that has come to pass. Pujols has several obstacles to be able to sign again.

You may be interested in: Vladimir Guerrero Jr captures more eyes every day

His salary, the decline in his physical condition and the drop in his batting. Even though the designated hitter was approved in the National LeagueHe is a position for someone with the ability to hit over 30 home runs and drive in 100 runs, something Pujols has not achieved for six seasons.

As the teams have already completed their practices and are in the phase of exhibition games, it is very likely that Pujols will have to announce his retirement. A last option would be to wait in case someone gets hurt so they can give them another chance.

As for Cueto, it’s always good to add pitches. However, Neck has been out for five seasons, added to multiple injuries and a high salary. That generates doubts in possible teams.

Waiting for a call! Pujols, Cueto and Castro unemployed