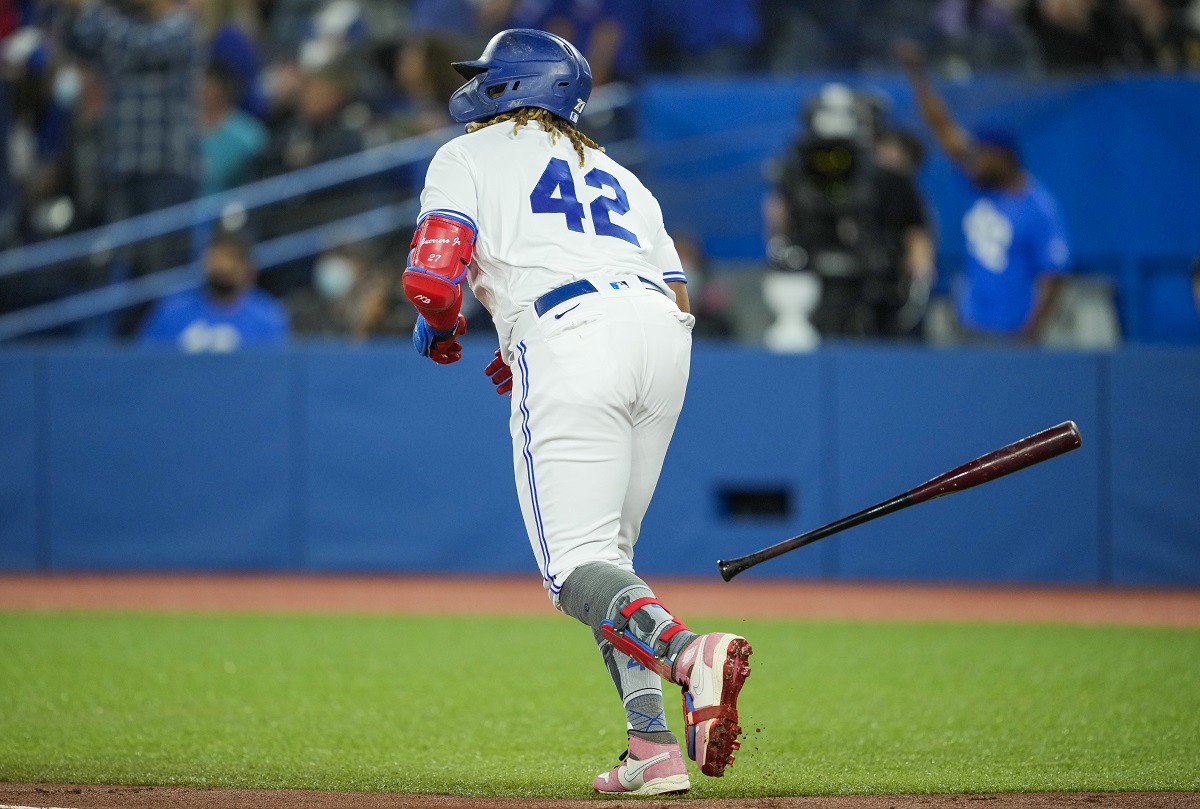 With the number 42 on his back to commemorate Jackie Robinson Day, the prodigious Dominican Vladimir Guerrero Jr. took to the streets for the fifth time in the season in the very first episode. A palazo that served to open the scoring at the Rogers Center in Toronto, in the duel of the Blue Jays against the Oakland Athletics.

The son of the legend and Baseball Hall of Fame stepped up to the plate and on a 2-2 count swung at a cutter thrown at 90.9 mph by starter Daulton Jefferies. The ball traveled 428 feet and exited at 110 mph from the bat used by the Canadian team’s designated hitter.

It’s the 23-year-old shoveler’s fifth home run so far this season. His first home run of the year came against the Texas Rangers and on Wednesday the 13th he hit three home runs at Yankee Stadium itself against the New York Yankees.

With this frenetic start to the season, in which he has 12 hits in 37 at-bats, with five home runs, five RBIs and six runs scored, Vladdy Jr. warns that he is willing to punish any pitcher who challenges him with fast pitches. His quick swing nearly led him to the batting triple crown in 2021.

He fell short of the MVP award, which ended up in the hands of Asian Shohei Ohtani, but now he has come back with more energy to claim that award in just his fourth season in the Major Leagues.

So far, in his record he has won a Silver Slugger, a participation in the All-Star Game and an All-Star Game MVP. He has dispatched 77 home runs, 382 hits, driven in 221 runs and scored 215 times in his short MLB career.

His debut in the Majors was in 2019 and his contract with the Toronto Blue Jays is until 2023, year in which I could negotiate a multi-million dollar contract. This season his salary is $7,900,000.

You may also like
– Francisco Lindor dazzles with two home runs on ‘Jackie Robinson Day’ [Videos]
– Jackie Robinson, a Legacy that crosses the limits of time
– Vladimir Guerrero Jr. expressed his annoyance at the value they give to Latinos in MLB
– 3,855 days later Albert Pujols homered again in a St. Louis Cardinals uniform at Busch Stadium [Video]

Vladimir Guerrero Jr. hit his fifth home run of the season and gives a warning to anyone who wants to challenge him [Video]