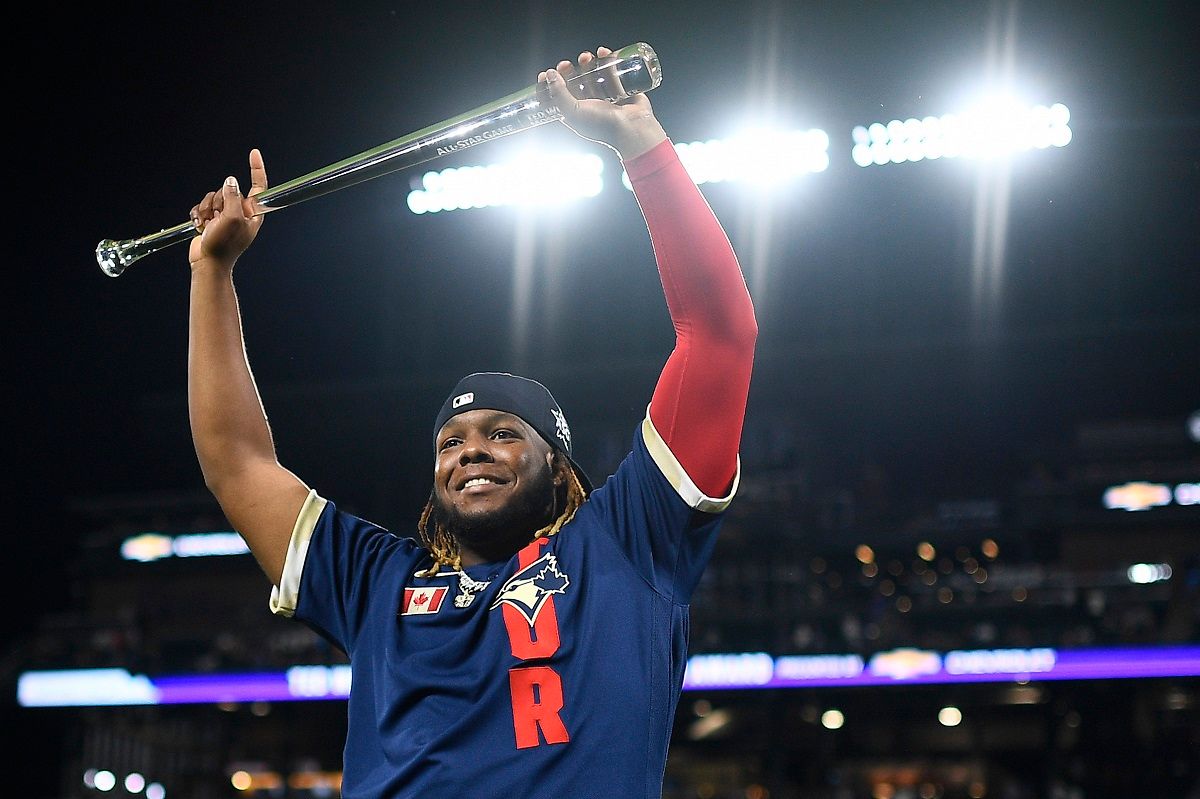 The week of Vladimir Guerrero Jr. It has been unforgettable for becoming the Youngest player to be named MVP in a Major League All-Star Game, an award that places him in the forefront of the most influential athletes of the “Big Show” today, although his salary is not like that of the great figures.

Finally in his third year in the majors, the son of the Hall of Famer who bears the same name exploited his conditions. He unleashed his power and is the second-highest home run slugger at 28, five behind “Showtime” Shohei Ohtani.

It came from Don Gregorio in my Dominican Republic. He was the one who received the most votes for the All-Star Game. He said no to that ball. He was selected Most Valuable Player. Anything else? Proud to share nationality with you. Vladimir Guerrero Jr. #DQNO pic.twitter.com/BE7tQ1BFpg

The “Condecito” earns this season $ 605,400 dollars and is under the control of the Canadian ninth until 2026. Earn 15% of the average salary in MLB. However, he could soon receive a juicy offer from the tile executives to tie up whoever is emerging as a franchise player.

He is in his final year to qualify for salary arbitration, if he does not reach an agreement with Toronto. And if he maintains his numbers, he could go on to receive $ 10 million dollars or more in 2022, something similar to what happened with Cody Bellinger in 2020, when he agreed for $ 11.5 million with the Dodgers to set a new record in his first year eligible for arbitration. wage.

If the injuries respect him and his offensive performance continues to rise, the first baseman born in 1999 would be on the doorstep of a contract proposal even greater than that of Fernando Tatis Jr., who signed for $ 340 million and 14 years with San Diego Padres.

According to an analysis by Spotrac, who are specialists in salary issues, the player projects to receive a contract of $ 367,088,657 dollars for 13 years. That is, they would have to pay you $ 28.2 million for each of those 13 campaigns.

Guerrero Jr. is on track to emulate Miguel Cabrera and become the second player to win a Triple Crown batting (leader in average, home runs and RBIs) in the last 54 years.

Read also: Vladimir Guerrero Jr. did something his dad never did: hit three home runs in one game