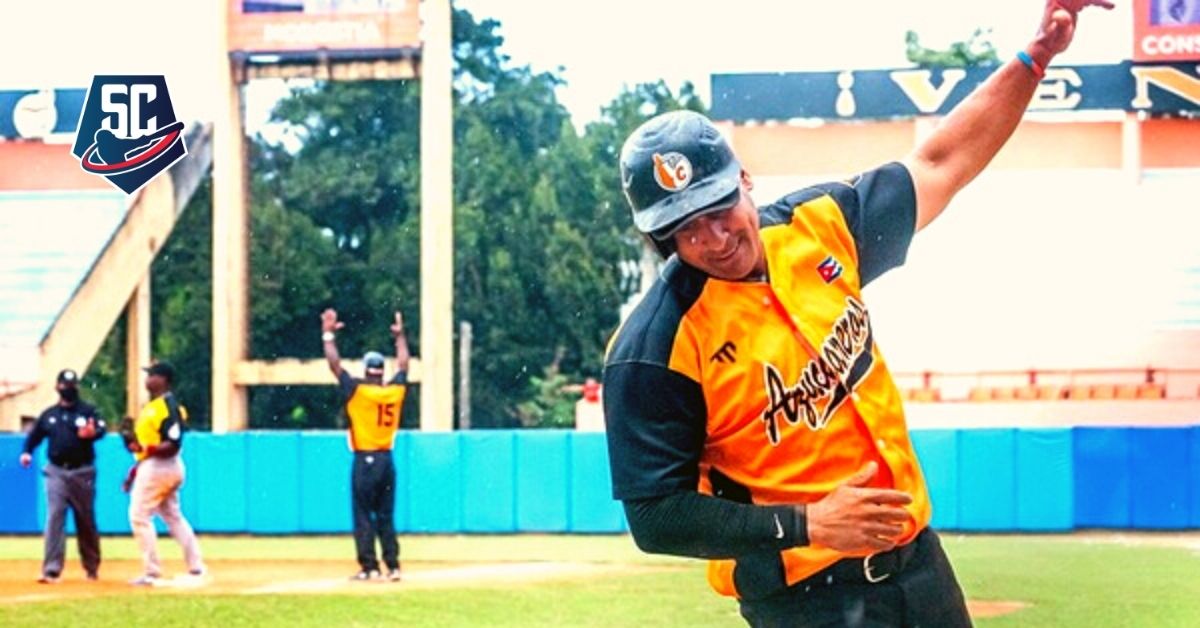 This Wednesday was a day of excellent performances from the mound; the Woodcutters took revenge on the Hunters; in the Labra Piratas and Tigres shared victories with Wilbert Pérez’s 120th victory in the National Series; Villa Clara extended the winning streak to nine and the Cubs cruised past the Hurricanes to momentarily drop from the bottom of the table.

Tigres and Pirates divide in the Cristóbal Labra

The Piratas de la Isla and the Tigres de Ciego de Ávila maintained their good pace in this National Series and shared honors in the pineros barracks with 5×2 scores favorable to the home side in the early hours and 5×3 for the visitors in the second challenge. Wilbert Pérez once again shone on the mound with his more than 40 years and Yasmani Ávalos scored his sixth save of the campaign.

In the first match there was very little batting, just 11 hits between the two teams, with Jordanys Acebal, 3-2, with a pair of doubles, some scored and an RBI being the most outstanding. The veteran left-hander Wilbert Pérez (4-0) worked five very effective innings, reducing the rival attack to only three hits, they made two runs, one earned, two walks and three strikeouts. This was his 120th win in his entire National Series career.

Dachel Duquesne (4-1) was hit easily in 3 1/3 innings but his substitute, Leonardo Reyes, did it flawlessly in 2 2/3 innings, in which only one man was on base per walk. The Pirates’ closer was Kendry Hernández, who in two innings of great work did not allow freedoms and scored his fifth save of the series.

It may interest you: OF FILM victoria artemiseña, Villa Clara DOES NOT LOSE, Mayabeque REMONTÓ. Summary Series 61

In the second hour, a reliable pitching by Yadier Batista until the fifth, effective replacements by Leomil González (1-0) and Yosvany Ávalos (sixth save), together with a brutal batting by Abdel Civil, who had three hits in four at-bats and drove in three touchdowns were the keys to the success of the Tigers.

For the Pirates, the last reliever Franklin Quintana (0-1) charged with the backhand while Alfredo Fadraga (6th) and Leonardo Urgellés (1st) homered. The Tigers now have 16 wins and 11 losses, while the pineros have 13 and 14.

Civil resorted to Viera to close but took the victory

Pablo Civil did not hesitate to bring his main starter to not miss another victory in the finals and took a hard-fought victory by grouting against Artemisa 2×0. Once again Alejandro Meneses was the talisman of the Las Tunas mentor and took his fifth success of the campaign without defeats and worked excellently for six and two thirds, allowing just a couple of hits, transferring two and striking out the same number of rivals.

In the bottom of the seventh came Carlos Juan Viera who easily got the last seven outs of the match, striking out two and enduring one hit, thus taking his first save of the year, likewise consolidating the twelfth victory of Las Tunas with 15 setbacks. For the Chasers, on the other hand, it was their 12th loss with 14 smiles.

Yuniesky Larduet hit the key shot; a grounding double to left field in the top of the fifth, which brought Héctor Castillo and Andrés de la Cruz to the plate with the only two runs of the game. The same went to the account of starter Geonel Gutiérrez (2-3), of great pitching work in six innings, in which he struck out nine Las Tunas, gave away two walks and allowed only four hits.

Who puts the brakes on Villa Clara? came the nine

Once again Magdiel Alfredo Gómez was the executioner of the Indios del Guaso and batting three hits in five at-bats, including a triple and a home run, a couple of RBIs and the same number of runs scored, he led the victory of his team 6× 2 against the cast of Guantánamo and thus extend the streak of consecutive victories of Pedro Jova’s disciples to nine.

Good pitching work by starter Oscar Hernández (2-2), allowing two cleans in six and two-thirds, while Randy Cueto was in charge of completing the route with three strikeouts included and one hit, for his third save of the series. Pedro Pablo Revilla continues to impress his own and others and took the fence for the ninth time to remain the absolute leader in home runs this season.

Another standout with the wood was outfielder Juan Carlos López, who went 3-for-4 with a run scored and an RBI, while catcher Julio Enrique Miranda went 2-for-4 with a double. For Villa Clara it was their 16th game won with 10 defeats, while those from the easternmost of the Cuban provinces add twice as many setbacks as smiles, with 9 and 18.

With a powerful attack of 17 runs and the same amount of hits, the Cubs delivered a convincing KO in seven innings to the Hurricanes of Mayabeque and thus, at least momentarily, they left the cold basement of the table by being a half game above the Elephants, now the Holguineros have a balance of 9 and 18, the same as the Guantanamo, while those from the Pearl of the South, who fell against the Wasps, were left with 8 and 18.

After an unfortunate start by Uberleydis Estévez, Michel Cabrera (2-1) threw a tremendous relief of six chapters, spacing out eight hits so that they only made one clean one, he also did not give away walks and struck out two. The loser was Antonio Baró (0-2) and Mayabeque now equals with Santiago and Villa Clara in second place in the table with a balance of 16 and 10.

In other results: Pinar del Río defeated Camagüey 6×2, the Crocodiles defeated the Alazanes 5×4 and the Wasps defeated the Elephants 16×8. At night the teams from Industriales and Sancti Spíritus will play.