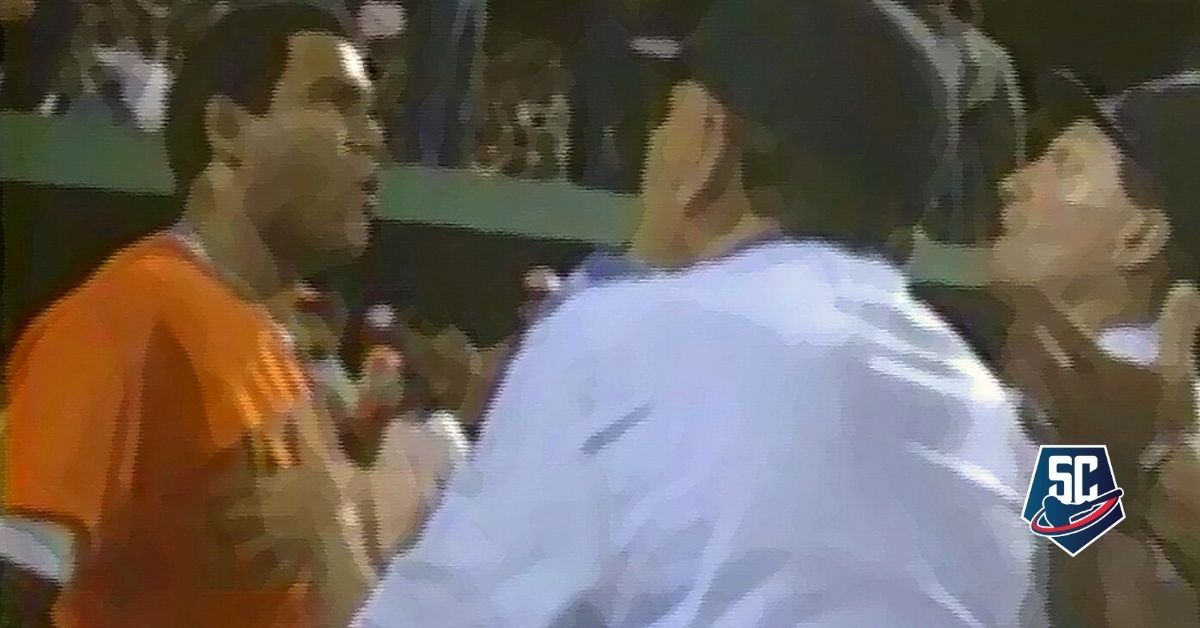 The Villa Clara Leopards have been one of the most traditional teams in Cuban baseball in terms of results. Five titles and a number of meritorious performances to finish among the best endorse the claim of being part of the classic elite of the National Series.

And it was in two of the title discussions, coincidentally in front of Industriales, that the most famous protests in the history of the national teams of this province took place. They were those that took place in 1994 and 2010 that not only brought tough discussions against the referees but were about to end in an unprecedented for feit at this stage of the ball.

But today I will refer to the first of them, when in the 1993-94 contest Villa Clara was looking for its second consecutive crown and third overall. It was the seventh inning of the third game of the decisive playoff of that championship with the Latin American stadium as the venue. A hit to the gardens of Amado Zamora served to tie that match against the locals, but that was only part of the theory.

It may interest you: Latest news from the Villa Clara team

And it is that after a claim from the Lions the third base referee Alfredo Paz decreed that the runner Osmani García had left before time. That decision not only caused him to close the entrance but also an angry reaction from the majority of the management body and the Villa Clara players themselves.

Coaches Luis Enrique González and Luis Jova were the ones who had the harshest words against Paz, considered one of the most outstanding and respected referees of Cuban ball. But at that time very few members of the central team thought about that, but because of the “badly sung” out they had lost a great opportunity and had the most difficult game to win from now on.

Víctor Mesa led the way among the players (he was the natural leader of the team) and even threatened not to go out on the field to cover. In fact, Villa Clara was one step away from going down in history as the first team to lose a game by for feit in the postseason.

There were several warnings made by the group of referees led by the legendary Nelson Díaz with a more incisive last call that seemed also to be ignored by the selection that a year earlier had won the crown.

But it was the most phlegmatic and thoughtful attitude of manager Pedro Jova that possibly saved the situation. And it was not only to avoid a for feit within the game, but also to avoid other subsequent consequences that might have ruined what would happen sportingly days later.

Villa Clara lost that match because they could do little during the entire challenge to Lázaro Valle and despite having a 1-2 disadvantage at the end of the game, the orange team managed to finish off the capital at their Augusto César Sandino property.

In a memorable seventh game they were able to leave behind on the board and leave the Blues lying on the ground for that Texas leaguer by Michel Perdomo that allowed the annotation of the inspired Ariel Pestano. By the way, the latter had entered that game for the titular receiver Ángel López after another controversial event of that final, the famous row in the home plate with Orbe Luis Rodríguez that brought the expulsion of the two players.

It is clear that since it emerged as a team in 1977-78 there have been many controversial situations in which Villa Clara teams have been involved. What happens with the protest of the article was the combination of several elements including the moment of the championship and the ghost of the for feit that was nowhere to be seen.

Still today the debate on that play between players, referees, journalists and, of course, the fans themselves. With the audiovisual technology of those years it is impossible to determine whether Alfredo was wrong or not. To say one thing or the other would be to speculate.

Possibly only three people could answer that for being directly involved in an action that many times the rest are unable to truly appreciate and one of them, the referee, has already passed away. The other two would be Osmani and coach Luis Enrique González, and they have stated several times that their protest was absolutely right.

It may interest you: History of the Villa Clara team

I have never seen the criteria of a player or industrialist fan saying otherwise with weighty arguments, which in this case is having directly observed the race to Garcia’s plate. And it is that in general almost everyone looks at the hit and what the defender does without having the visual speed to determine exactly if there was legality in the run to the next base.

For now we leave you with an expanded summary of that moment, both the television broadcast and the shots of the cameraman who was on the ground and was able to better capture the hot exchange between the referees and the members of that very powerful Villa Clara squad. In the next moment we will have an approach to the other moment indicated at the beginning with the presence of even some of those involved.

Villa Clara protests that almost provoked the never seen before