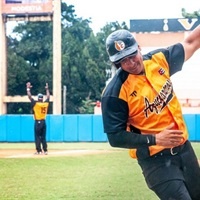 Havana.- TOWN Clara beat Guantánamo in extremis (5×4) to raise her consecutive appearances to eight today without the shadow of the setback, the best positive streak of the 61st National Baseball Series.

In front of their audience at the Augusto César Sandino stadium, Pedro Jova’s Azucareros defined the match in the last third, with a three-run rally in the eighth episode and the decisive line an act later, when they left some Indians on the field Guantanamo incapable of solving the situation.

On the other hand, flamethrower Yeudis Reyes (2-1, 2.0, 4C, 5H, 1K, 5BB) left the facility crestfallen after starring in an afternoon without dominance in his deliveries, although the losers applauded the wood-in-hand performances of four of their exponents.

After this result, Jova’s troops, multi-champion manager in the 90s of the last century, established themselves at the top of the standings thanks to 15 successes and 10 defeats. At the time, the selection of former starter Agustín Lescaille was in the fourteenth step, with a negative balance of 9-17.

There is still the lawsuit between Industriales and Sancti Spíritus in the Latin American park in this capital.

The Isla de la Juventud-Ciego de Ávila tournament will start on Wednesday with a double day in the grass of Cristóbal Labra, headquarters of the first mentioned.