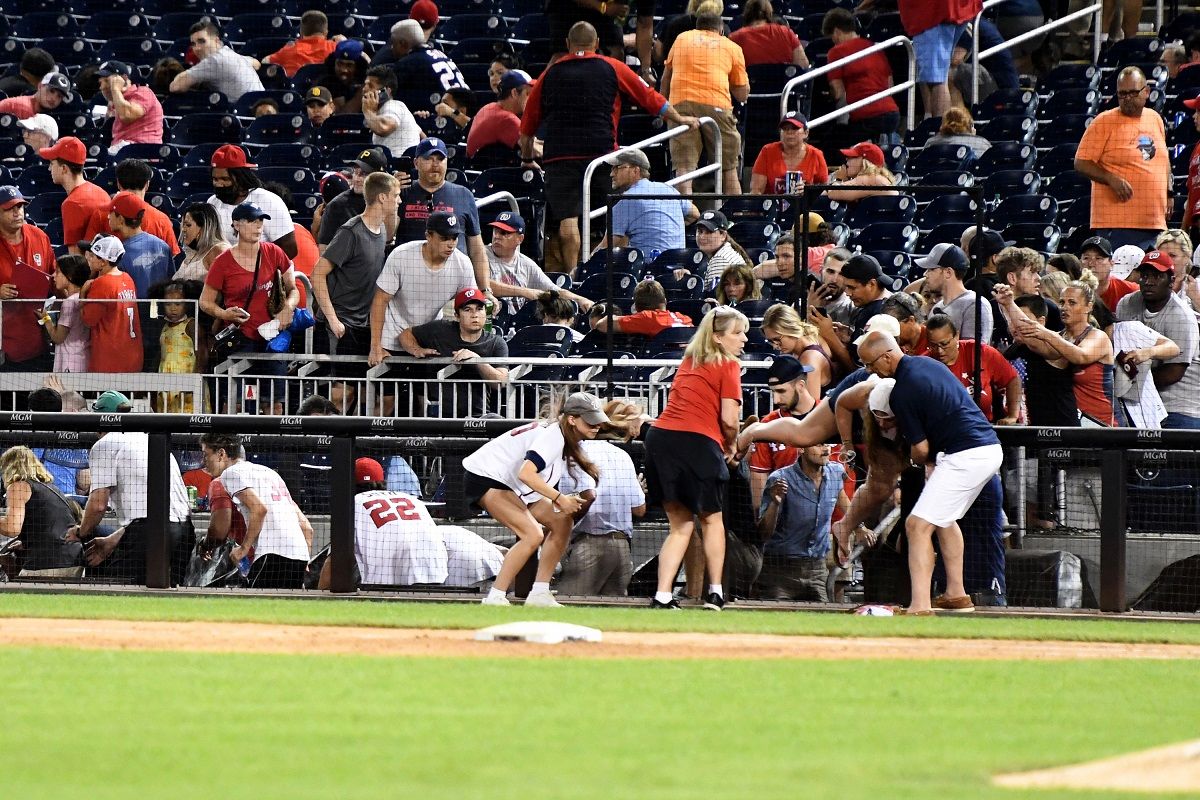 In the midst of a terrifying situation in Nationals Park, on Saturday night, the Dominicans Fernando Tatis Jr. Y Manny machado They had an act of humanity for the fans who were scared by the shots that went off outside the sports facilities.

Here is the footage of Manny Machado, Fernando Tatis Jr. and Wil Myers helping fans when in fear (of the shooting at Nationals Park). pic.twitter.com/9ApuHIs4Oy

He was running the sixth inning with the score 8-4 in favor of the San Diego Padres, when a first noise was heard from the sides of third base that put all the assistants in the stadium on alert. Chris Carlson, ball park maintenance chief, ran to tell the San Diego players to take shelter in his dugout.

A third video, from inside the stadium. People, hearing the shots, move towards the dogouts. Manny Machado and Fernando Tatis Jr. opened the gate to the field on the visitors’ side for people to take refuge in the visiting dogout.

People began to run for shelter and that was when players Tatis Jr. and Machado had the courage to help many fans invaded by the terror of the moment. They ran to find family members along the third base line and then opened the doors of the visiting dugout for fans to enter.

Another shot had been heard and the inside voice of the stadium reported that they were detonations outside Nationals Park. While DC police could on Twitter that the situation was “responding to a shooting in the 1500 block of South Capitol Street, SW, in which two people were shot outside Nationals Park. This is currently an active investigation and it appears that there is no ongoing threat at this time. ”

Here at Nats Park as fans are making their way out of the stadium.

Talked to a fan who said the spectators in section 112-113 ducked down when they heard gunshots and everyone followed suit. Tatis and Machado opened the gate to the field and took fans to the dugout. pic.twitter.com/HM70l0tgDQ

“Fernando Tatis Jr. and Manny Machado showed humanity tonight, they deserve an ovation tomorrow,” wrote a fan on twitter (@_kevinagustin) and, like him, many comments were added supporting the gesture that the aforementioned athletes had.

Read also: Video: With his two home runs against Texas Vladimir Guerrero Jr. set a new record in the MLB