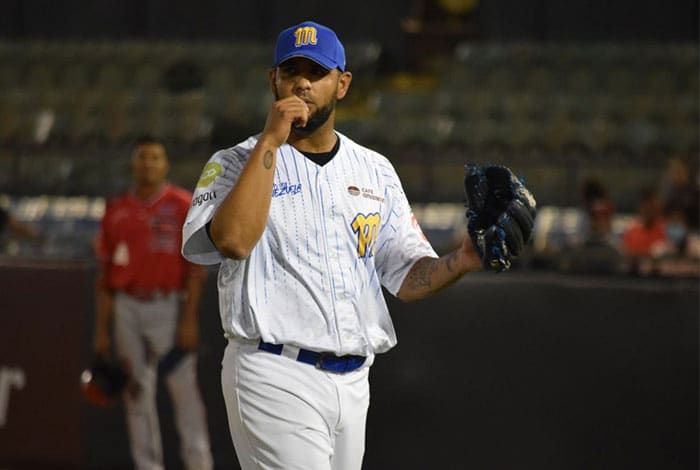 The Venezuelan pitcher Anthony Vizcaya agreed contract for 2022 with the Mets of New York, seeking with this firm to finally debut in the baseball of Major Leagues – MLB.

According to multiple sources, right-handed reliever Anthony Vizcaya agreed to a Minor League contract for the 2022 season with the Mets team, this being the result of his great performance with the Navegantes del Magallanes in the last season of the Venezuelan Baseball League. Professional, returning to the MLB circuit for the first time since 2020.

Vizcaya, 28 years old, receives this opportunity with the Mets for 2022 thanks to his great performance with Magallanes in the LVBP, where as a reliever he won the Set Up of the Year award. However, for now the details of the contract are unknown, but hopefully the Venezuelan right-hander can have an invitation to Spring Training in search of his Major League debut.

Rieleros will cover his departure with the arrival of Bruce Rondón who will be the closer, and Jorge Rondón will take on the role of coach.#LaCasaDelRey pic.twitter.com/6u9xLeAwTS

Vizcaya, in 2012 he signed as an international free agent with the Cleveland Indians, then in 2019 he agreed with the Minnesota Twins and his last link in the MLB was with the Los Angeles Dodgers.

In addition, his signing with the Mets becomes official just after finishing the 2022 Caribbean Series, since if it had been before, he would not have been able to play with the Navegantes del Magallanes due to the sanctions they have with the OFAC.

The Barquisimeto right-hander previously has four seasons in the Minor Leagues, where he has a 10-12 record, 3.61 ERA, 11 saves and 176 strikeouts in 81 games.

The last season of the Venezuelan League could undoubtedly be the best for Vizcaya, since it won the Set Up of the Year, the championship with Magallanes, left an ERA of 2.05 in 25 games, seven walks and 18 strikeouts.