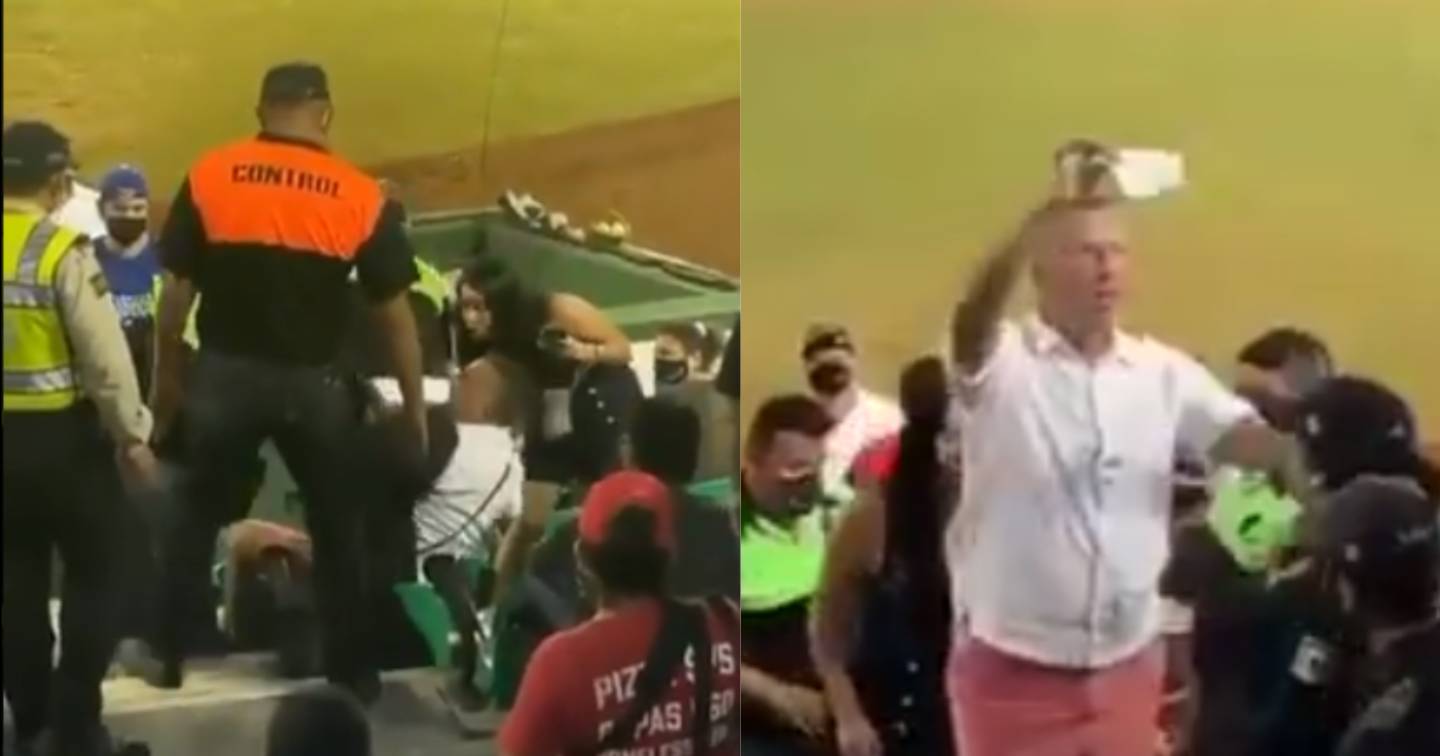 During the baseball game of the Lions of Yucatán against the Pericos de Puebla at the Kukulcán Álamo stadium, located in Mérida, Yucatán, a small fight occurred between police officers from the Ministry of Public Security (SSP) and a foreign man who refused to wear face masks.

Local media mentioned that the man was accompanied by a woman and that both watched the game without wearing a mask, so stadium staff asked them to put it on as it was mandatory, however, the couple refused, so they called the elements of the SSP.

Several policemen arrived at the site and in a video released by the Facebook user Paty Buenfil, you can see how the officers pulled the man because they wanted to remove him from the site due to his refusal. Then another man from the audience approached to try to dialogue with those involved, but he did not achieve anything either.

At the end of the recording it is seen that the subject, who wears a white shirt and pink pants, retires along with his companion, but before he mocks the audience, who was already shouting insistently: “out! ! “, as he raised his hands, showed a mask and threw it to the floor.

Another video shows that when the subject finally withdrew, the audience cheered with joy.

The local newspaper Diario de Yucatán reported that the man was of American nationality and that he alleged that he would not use the mask because he was already vaccinated against COVID-19. At this time, the Kukulcán Álamo health security protocol indicates that everyone who enters the premises must wear a mask, otherwise they must leave the site.

Yucatán is currently in orange at the epidemiological traffic light. The entity has a cumulative 46,235 cases of SARS-CoV-2 and 4,1801 deaths. The state has 2,273 active cases.

They ate quietly when the sea ‘attacked’ them inside the restaurant in Manzanillo, Mexico