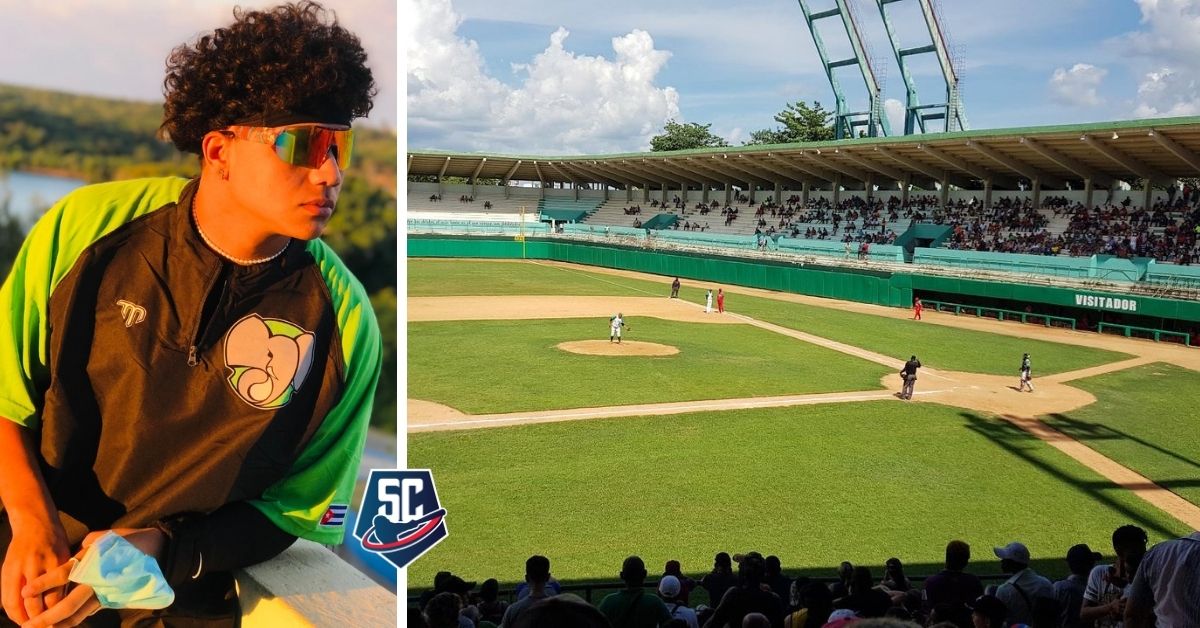 Tuesday’s day in the 61 National Series left some interesting and even extraordinary facts. Much transpired that the Granma pitcher Carlos Santana became the first pitcher in a long time to be the protagonist from the box and as a batter, but there was another event that will remain in history for being the first to occur within the Cuban baseball to the most high level.

It was at the 5 de Septiembre stadium in the capital of Cienfuegos that the event that surrounded a rookie baseball player, Xiam Vega, who hit his first undisputed in the National Series the day before.

But the exclusivity of the fact does not lie there because it is something that thousands of players have achieved in the Cuban classics, and in a championship of lesser level than in the past, many will not consider it such an important merit.

The interesting thing about what happened in the game between the Elephants and the Wasps of Santiago de Cuba is that Xiam’s hit against the experienced pitcher Alberto Bicet was narrated by his own father through the provincial radio station Radio Ciudad del Mar.

And here comes the other detail, because the father of this young member of the pachyderms is not a sports commentator but the renowned actor Herón Vega. The same one who is part of a prestigious family in which, in addition to his brothers Arón and Hiram, the stellar actress Daisy Granados appears above all.

The protagonist of countless valuable audiovisual works, including “Memories of Underdevelopment” and “Cecilia” She is the mother of three brothers and, logically, Xian’s grandmother. By the way, the hit achieved by her grandson was in the same province where the woman who was known as “The Face of Cuban Cinema” was born in 1942.

And of course one cannot speak of the professional prestige of this family without mentioning the patriarch of the nucleus Pastor Vega, Daisy’s husband, and one of the best filmmakers Cuba has ever had.

Herón’s narration of his son’s hit has no other parallel at least in the history of the National Series, since the ties of kinship between baseball announcers and ballplayers have never been so close. In other words, there have been cases of family kinship but not a son playing the Cuban championship of this discipline with his father as a narrator on radio or television.

To make matters worse Heron wrote his name in the book of unpublished facts in another aspect. And it is that an actor had never before described any play in a game of the National Series. It is one thing to comment or be interviewed on a broadcast and quite another to narrate an action. There is a well-defined technical difference.

It may interest you: SN All-Star Game: In the absence of the venue announcement, who deserves it?

If many wonder where the baseball tradition comes from to the rookie from Cienfuegos, the answer lies in his own father, who, although he did not play in the first category for a long time, was considered one of the actors who best performed in softball. . Even beyond artist teams, Heron went on to perform well in many popular leagues, both on offense and defense at some positions, including third base.

Now his son has achieved what he always dreamed of and although it is very premature to venture into predicting a good future in the sport of balls and strikes, at least youth has it on his side along with talent, considering that it was located in the list of the 25 best prospects in Cuban baseball.

In an interview recently conducted by the Team Vívela Facebook page, Xiam confessed many realities, such as that José Dariel Abreu is his favorite baseball player and that he sought a blanket in Cienfuegos because in Industriales there was a greater chance for the established ones.

In the past youth contest, Vega drove in 33 runs in 36 games, leader at the level of the capital team, and it was from the sub15 category that his results exploded after hard preparation work, as the player himself recognized Misael Rodríguez.

We hope that this hit, narrated by who he catalogs as his great promoter in baseball, his father, is just one moment of so many that accompany him on his career within the national heritage sport, inside and outside the Island.

Of course, most of them may not be as unprecedented or exclusive as what happened this Tuesday, nor will Herón be able to accompany him with his voice and physical presence. In any case, that will not be the most important thing, but rather that he write a good story in which, anyway, his greatest inspiration and guide will be the protagonist in many other ways.

UNPUBLISHED: Rookie baseball player and his father MADE HISTORY