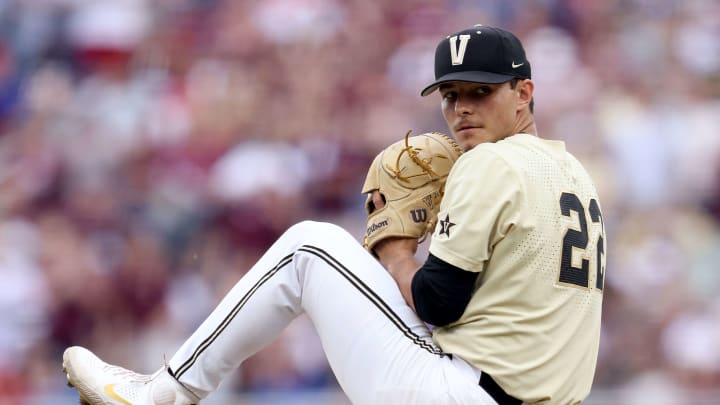 This Sunday the 2021 Draft of the MLB, in which the organizations of Big leagues they recruit the best amateur players from America’s universities and colleges.

The Pittsburgh Pirates they will have the first pick and are expected to pick some of these prospects, who are the best in a year in which there are a lot of well-positioned shortstops.

The Eastlake High School (California) infielder is 18 years old and hits left-handed. The shortstop of Mexican descent is expected to be chosen by the Pirates, who could give him a bonus of nearly $ 9 million. He has the projection to be a power hitter and many compare him to Corey Seager.

Lawlar studies at Jesuit Prep HighSchool in Texas. He is 18 years old, owns all 5 tools and is believed to be eligible for the Texas Rangers with a signing bonus of $ 7,789,900. This organization hasn’t picked a shortstop in the first round of the draft for 19 years.

The Detroit Tigers’ need for a shortstop could lead them to pick this member of Winder-Barrow High School, Georgia, and give him a $ 7,221,200 bonus. The MLB portal ranks 18-year-old House 8th among the best prospects available this year.

The son of former MLB player AL Leiter is a 21-year-old right-hander and Vanderbilt student. A couple of weeks ago he struck out 15 opponents in the World College series. People say that Leiter He can be taken over by the Boston Red Sox for a $ 6,664,000 bonus, but for that the red-legged ones need the Pirates, Rangers and Tigers to let him pass.

The fifth pick in the draft belongs to the Baltimore Orioles this year and the choice is believed to be shortstop Watson, 18, a member of Wake Forest High School (North Carolina). If the left-handed infielder is taken over by Baltimore, he will receive a $ 6,180,700 bonus.