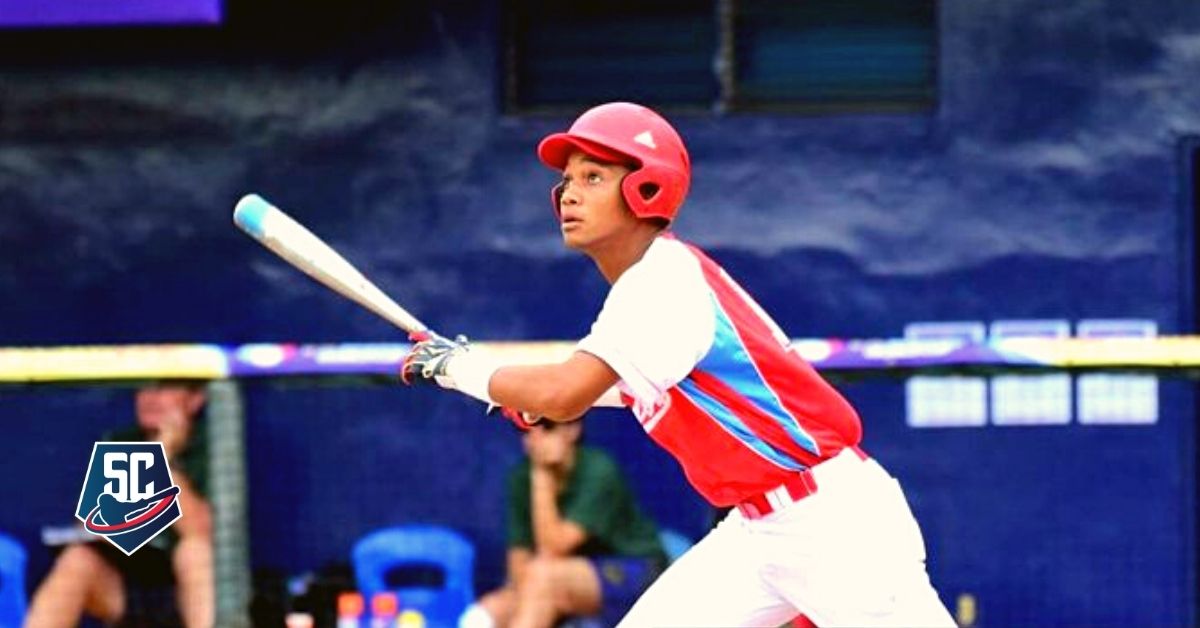 The increase in the exodus of the main talents of Cuban Baseball in recent years, as reflected in the last Under-23 World Championship held in Mexico where 12 youngsters escaped, has had consequences for our greatest sporting spectacle since multiple players barely surpassing the 20 years are already part of their respective groups.

After the usual Technical Congress took place before the tournament that will start on January 23, today we bring you the five greatest prospects that will start their time in the National Series.

one- As usual, the Roosters of Santi Spiritus continue their great work in the lower categories and an example of this is the talented outfielder Cesar Yanquiel Hernandez.

In 2018, the man from Sancti Spiritus was part of the team that participated in the U-15 World Championship held in Panama, where his offensive average was a little lower than expected, only rising to .261 while his line was set at (.452OBP/. 348SLU/ .800OPS), in addition to managing to cheat three bags in as many attempts.

All his quality could be fully appreciated in the last National Youth Championship where he was without a doubt the best batsman of the entire tournament by leading a large number of the offensive departments and also achieving great demonstrations with the glove both at shortstop and in the field. second base.

Perhaps the presence of some established figures within the Gallos prevents him from participating in a large number of matches at the beginning of the season, but there is no doubt that his quality can lead him to surprise all the experts in this sport.

It may interest you: RESCUED: Prestigious designer saved from oblivion logos of the 1st National Series

two- Despite having a consecrated player in the position such as the captain of the current National Champions Carlos Benítez, the departure of prospect Miguel González opened the doors for the young man Leonardo Alarcon to start his career with Alazanes de Granma.

Equally a member of the team that fought to retain the title at the last Under-15 World Championship, the player of about 1.80m in height did not achieve good dividends in the tournament despite only taking part in four matches with the same number of at-bats. at bat

During training Alarcón showed off with his bat, he is characterized by being a high-contact hitter, in addition to speaking with the glove in the second half, thus convincing the experienced Carlos Martí.

3- The renewal process within the team with the most titles in the history of Cuban Baseball, as well as the departure of great figures such as Brian Chi and Andy Rodríguez, allowed the pitcher Omar Risk will arrive at the campus commanded by Guillermo Carmona.

Despite not having that extraordinary speed, the man from the capital became a true Ace in the last U-18 National Championship after registering a record of nine successes with just three losses while his ERA was 2.18 and his WHIP was 0.94 during 71.1 innings. that he acted, where he only gave away 10 bases on balls.

His quality was not possible to enjoy in the U-15 World Cup because he was punished during the four innings he played by allowing five runs while the rivals hit him for .438.

The usual problems that the blue team presents from the mound could lead to Risk to work more than many expect.

4- Two great generations of players have formed the Elephants of Cienfuegos in the last decade and of such high quality that many are now among the Cubans with the best performance in the Major Leagues, but unfortunately for their fans these teams do not last for many years. .

One of those many young men who is on the rise looking to earn a spot in the pachyderm lineup is the infielder Dany Oramas, who for many can be considered for his performance as a “five-tool” player.

Although he appears in the team led by Alaín Álvarez as an outfielder, the cousin of José Manuel Oramas, who is also a member of the team, is a great defender around second base, demonstrating it during his time in the Juvenile tournament.

Oramas also has great speed in his legs when it comes to moving around the bases and his discrimination of pitches could make us think that he has much more experience than he has at his young age.

It may interest you: CONGRESILLO SERIES 61: Update of registrations and cancellations in the payroll

5- It is very unusual to see a great prospect within the team that represents the special municipality of Isla de la Juventud, because there are many cases of players with some experience in the National Series who seek to stay in the tournament with this team.

But without a doubt the talent of the receiver Misael Canete it’s surprising that they allow him to appear on our list even though he appears on one of the quieter teams in the Series.

Misael is a formidable hitter despite his short stature, which did not prevent him from being runner-up in hits (52) and batting average (.441) in the last Youth National played in Cuba.

His mascot skills are amazing but the presence of regular starting catcher Jordanis Acebal will make his performance in the tournament short-lived.

Undoubtedly, a lot of talent will be present for the first time in the next Cuban baseball tournament, but these five players left a very good performance in the lower categories.