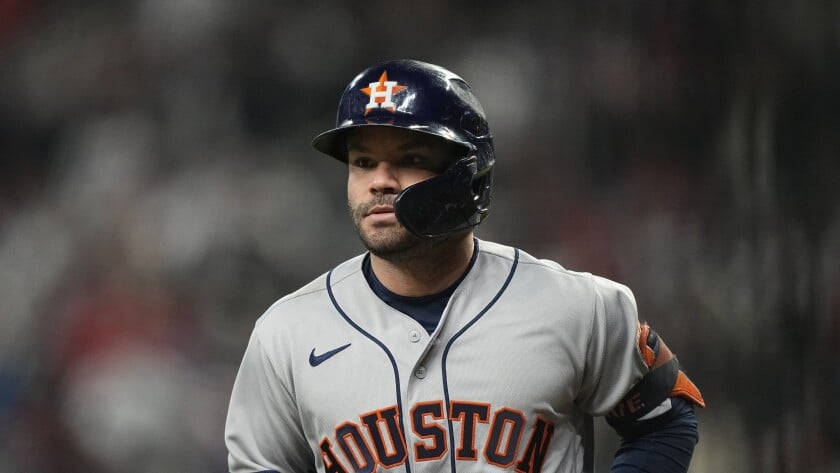 From now on, we at El Fildeo palpitate the season 2022 of the Major League Baseball – MLB and then we show you the baseball players of the Astros of Houston with best wages for the coming course of the best baseball in the world.

The Astros, despite their controversy about the theft of signs and others, have been one of the most consistent teams in recent times in the Major Leagues and a vivid example was in the 2021 season, where they were at the gates of the championship after losing the Series World Cup with the Atlanta Braves and that performance is an investment conglomerate, both in time and money, which is why every year they take out a few million to shine and 2022 will be no exception, since they will have in their ranks players with high salaries, who will be among the best paid in the entire circuit, this due to their juicy contracts.

The Venezuelan second baseman will once again appear among the best salaries of his team and of the entire Major Leagues, having for the 2022 season a juicy salary of $ 29,000,000.00.

The veteran right-hander who has not played since 2020, renewed his contract with Houston before the work stoppage and will be the second best salary of this organization in 2022, being an amount of $ 25,000,000.00.

The outfielder showed in 2021 that he is an extremely important bat and could be among the most opportune in all of baseball, being a player who for the next MLB course will receive a salary of $ 16,000,000.00.

The starter extended his contract with the siderales in the 2021 season and after Verlander’s absence, he became the ace of this team’s rotation, being an important pitcher for manager Dusty Baker. His salary in 2022 will be $ 15,833,333.00

The third baseman along with Altuve, Gurriel, Verlander and others, will be the engine of this team in the 2022 season, this remembering that Carlos Correa will not continue with the team, he will seek this next course to perform in the best way for a possible contract extension , but for this this year it will charge about $ 12,666,666.00.

The Astros are expected to spend more than $ 155 million for the 2022 season of the majors (in salaries alone) and without a doubt, the Minute Maid Park fans will want revenge and the World Series will be the goal.