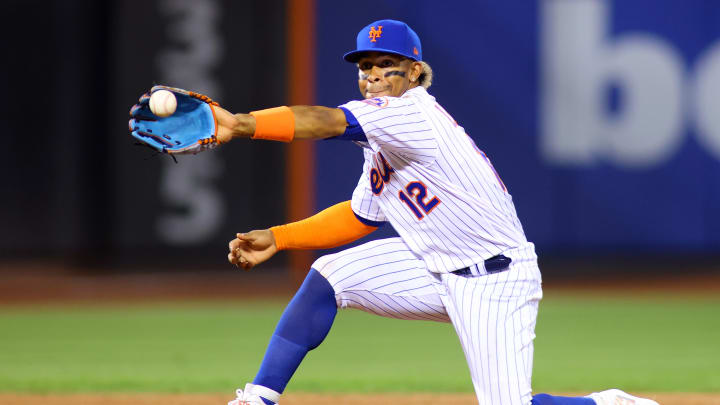 Thanks to the contract he signed before the 2021 season with the New York Mets, Puerto Rican Francisco Lindor is the highest paid shortstop in the MLB.

Whether it remains so will depend on the pacts they can get in this break from Big leagues five other elite shortstop who are available in free agency.

With 28 years of age, Lindor He will play his second season in 2022 in the Mets uniform. The Puerto Rican who started in the majors with Cleveland is guaranteed a payment of $ 34.1 million as part of the 10-season deal. It is said that Carlos Correa aspires to an agreement in that range.

The Boston Red Sox are preparing for what may be Bogaerts’ final year with the team. The 29-year-old shortstop will make $ 20 million in the 2022 season, at the end of which he can choose to exit his contract. Rumor has it that this is the wish of the Aruba-born player.

His arrival with the Los Angeles Dodgers in a trade from the Washington Nationals was overshadowed by the presence of Max Scherzer as part of the trade, but Turner was key to Dave Roberts’ team. The presence of Corey Seager got him moving to second base, but he’s a natural shortstop. Spotrac’s projection shows that he can get a salary of $ 18.5 million in arbitration.

The 35-year-old veteran has spent his 11 seasons in the majors with the San Francisco Giants and will remain there for another couple of years thanks to the contract extension he signed in August that will earn him $ 16 million. Crawford just won his third Gold Glove and finished fourth in the MVP vote.

The Yankees have missed him the last few seasons with Gleyber Torres’ problems at shortstop. The 32-year-old Gregorius also did not look good with the Philadelphia Phillies in 2021 due to injuries and poor performance, and some say his future on the team is uncertain. At the moment he is guaranteed the payment of a salary of $ 15,250,000 for the next season.

The Dominican infielder plays second base with the Phillies because of Gregorius in the lineup, but he has played 910 of his 1,230 games in the majors defending shortstop. In the 2022 campaign, the 11th of his career, he has a guaranteed salary of $ 14,850,000.

His six seasons as a Major League Baseball player have been spent defending the jersey of the Atlanta Braves, with whom he was a World Series champion. Swanson is in his final year of arbitration eligibility and, unless he is offered an extension, it is estimated that he can reach a salary of $ 10.1 million.

The Chicago White Sox have watched Anderson defend shortstop since 2016, his rookie year. He was the winner of the Silver bat in 2020 and this season he had hamstring discomfort. Still, he hit .300 again. Anderson will earn $ 9.5 million in the 2022 season.

Considered a good defensive shortstop as evidenced by his two Golden Gloves, Ahmed is not coming off a good year at the club (.221 average, 5 homers, 38 RBIs). The 32-year-old veteran has a contract with the Arizona Rattlesnakes until 2023 and the next harvest will receive a salary of $ 8,125,000.

The Venezuelan had lost the title to Texas and went on to the Oakland Athletics, where he played his 13th season in the majors. The 2022 harvest will be the penultimate of his 8-year, $ 120 million contract, which guarantees payment of $ 7 million. He shares the tenth position with Ha-seong Kim.