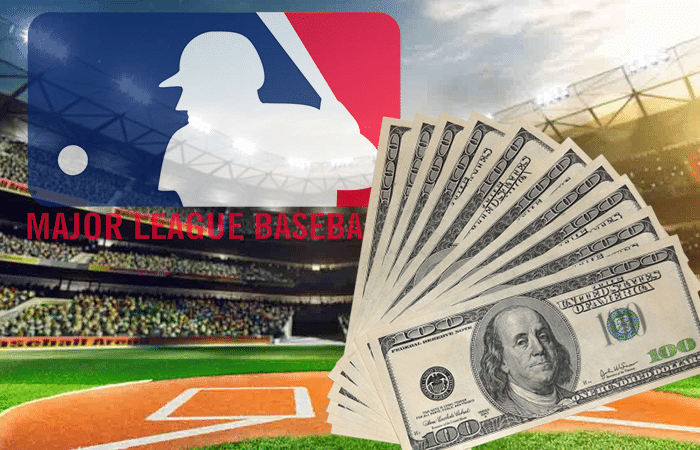 During this offseason period of the Big leaguesWe have witnessed great surprises and player changes, such as the cases of Max Scherzer, Robbie Ray, Corey Seager, among others.

But, in addition to these new contracts, who are the baseball players with the better contract for this 2022 ?.

In the first place is 9 times All star and star of the Los Angeles Angels, Mike trout, which has a contract for 426.5 million dollars for 12 years, thus averaging 35 million 541 thousand 667 dollars per year; becoming the second highest paid athlete, after Patrick Mahomes (QB of the Kansas City Chiefs).

In second place is the Los Angeles Dodgers right fielder, Mookie betts, who since 2020 has been one of the most important players in the entire Los Angeles organization, helping them to conquer their first World Series after 31 years.

The third place on this list is the Puerto Rican, Francisco Lindor of the New York Mets, which since this season has been playing with that team after a very good time with the Cleveland Indians.

Lindor, who has only played one season with the Mets, will generate $ 34.1 million in a deal he signed a year ago for $ 341 million for 10 seasons with the Mets.

The fourth highest paid player this year is Fernando Tatis Jr., which comes off a great season with the San Diego Padres, being nominated for MVP of the season in the National League.

Fifth place goes to Mvp of the National League in 2021, Bryce harper, which had great numbers last season, with its OPS being the highest in the entire league with 1,044.

Harper is under contract with the Philadelphia Phillies for 13 seasons for 330 million dollars and this year he will earn 25 million 384 thousand 615 dollars.

In sixth place there is a double tie, thanks to the new addition of the Texas Rangers with the torperdo Corey seagerHe will have a 10-year contract for 325 million dollars.

The other on the same site is Giancarlo stanton, who came to the Yankees from the Miami Marlins in 2018, signing a 13-year contract, also for the same amount of 325 million dollars.

The difference between Stanton and Seager is that Seager will be the highest paid this year, generating 32.5 million dollars, while Giancarlo Stanton 25 million.

As there is a double tie for sixth position, let’s move on to the eighth highest paid who is the pitcher for the New York Yankees, Gerrit cole.

Cole, who was nominated for the Cy Young Award in 2021, is in an agreement with the Yankees to play 9 years with the team for an amount of 324 million dollars, thus generating in 2022, 36 million dollars.

For the ninth place, is the second Dominican on this list, which is Manny machado.

For the last place is the nine times Gold Glove and third baseman for the St. Louis Cardinals, Nolan Arenado.

Arenado only played his first season with the Cardinals, after being the star of the Colorado Rockies since 2013, Nolan signed a contract a year ago to play the next 8 seasons with the ninth of San Luis for an amount of 260 million dollars and for this year he will earn 32.5 million.

Although these 10 players will be the best paid and with the best contracts for 2022, there will be a player who will earn more than them during this year, it is about 3 times Cy young and new acquisition of the Mets, Max scherzer, who despite not having one of the 10 best contracts in MLB, will be the one that will generate the most money with 43 million dollars in a deal for 3 seasons for 130 million dollars.