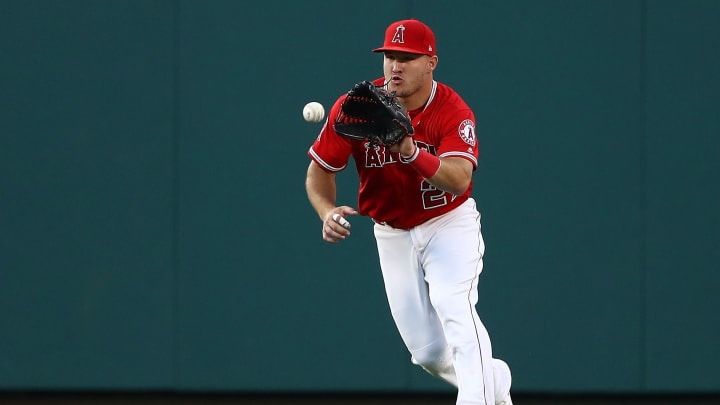 Starling Mars and Nick Castellanos They are one of the best outfielders in the free agent market of the MLB, and it is expected that after having a great 2021 they will land a great contract.

However, neither of them threatens the reign of Mike Trout, who is the highest paid player of the Big leagues and it will continue to be in 2022.

The Los Angeles Angels star will play his 12th season in the majors in 2022, always with this organization. The Anaheim team’s center fielder feels indebted after missing most of last season with an injury that limited him to just 36 games in a season that looked promising (.333, 8 homers, 18 RBIs). In the next season he has the objective of taking his team back to the playoffs. He will earn $ 37,116,666, a guaranteed salary after signing a contract for 12 seasons and $ 426.5 million.

Reports this offseason say the 33-year-old veteran Upton has an uncertain future with the Los Angeles Angels. They are believed to be most likely trying to negotiate a trade, and it’s no wonder after hitting .211, 17 homers and 41 RBIs in just 89 games this year. Upton already has 15 major league seasons and one trade has a snag: his $ 28 million salary, guaranteed for 2022.

The brand new MVP of the National League – the second to win in his career – has a pending account with the fans of the Philadelphia Phillies and is to lead the team to the playoffs dispute. This year it was very close and in 2022 you will have a new opportunity to try it. It will be his 11th season in the majors and the fourth of his millionaire contract with the Phillies, which will earn him $ 27,538,462.

The Milwaukee Brewers left fielder has dealt with multiple injuries in recent years that have him a long way from being the player who dazzled in 2018 and 2019, when he was in the top two spots for MVP voting. Yelich has a guaranteed salary of $ 26 million for 2022.

The veteran will be in the penultimate year of the 8-year, $ 184 million contract he signed in 2016 with the Chicago Cubs. Surely the club, in full reconstruction, would like to add his name to the figures he negotiated instead, but his salary of $ 24.5 million for 2022 hinders his plans.

The San Diego Padres left fielder will be 31 years old on Opening Day of the 2022 season, the 10th of his career in the majors. He has a guaranteed salary of $ 22.5 million for the upcoming season but is facing a lawsuit for $ 600,000.

The star outfielder fulfilled his goal of helping the Los Angeles Dodgers be crowned their first year in the new uniform. In 2021 they did not have the same luck and they fell by the wayside. Betts had a good year despite injuries and the California team hope to see him shine again in 2022, when he will be paid $ 22.5 million for his services.

It was not a surprise when veteran Blackmon decided to exercise his contract option with the Colorado Rockies for 2022. The 36-year-old is set to earn $ 21,333,333, a figure that makes him in the top 10 of the highest paid outfielders for the 2022 campaign.

The slugger of the New York Yankees at last he was able to stay healthy and showed what he is capable of, with 39 homers, 98 RBIs and a .287 average. He won his second Silver Bat and came fourth in the MVP vote. In its final year of arbitration, it is estimated to reach an increase of $ 17 million. That is, if you do not get the extension you are looking for and that would make you climb steps in this list.

Top 10 highest paid outfielders in MLB for the 2022 season