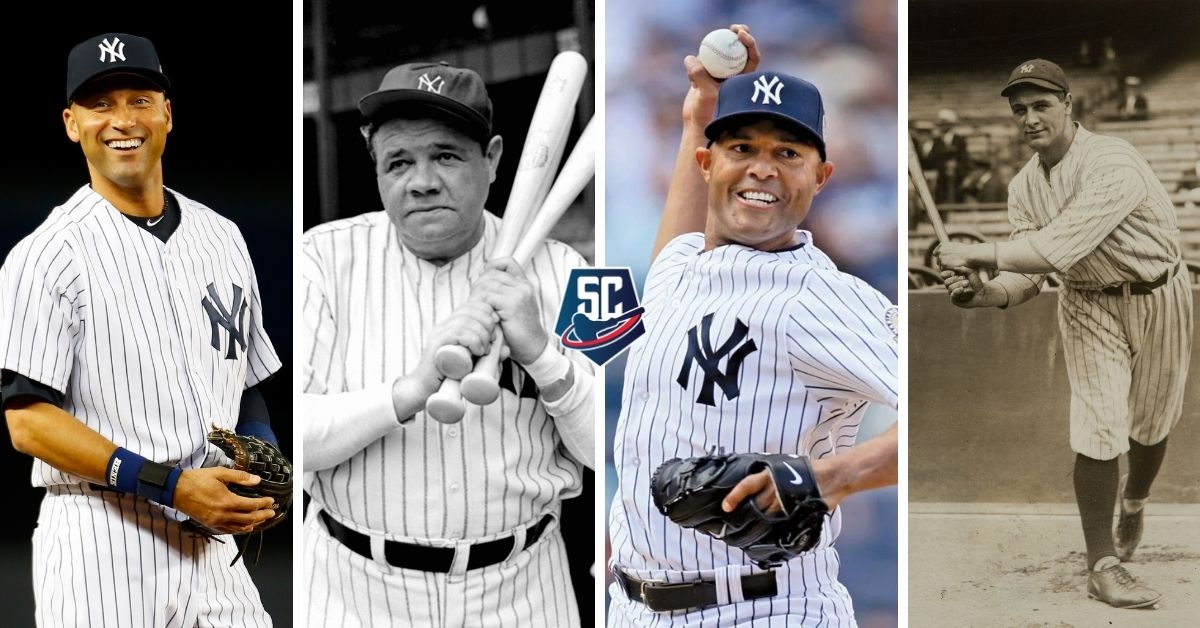 It is always interesting to know which are the players who have excelled the most in each Major League team. If there is a franchise that most fans are interested in, for better or worse (because there are also detractors), it is the New York Yankees. Hated or adored, but always closely followed and respected, the Yankees have 27 World Series titles, the most in Major League history.

Going through the official record book of this iconic team, I compiled interesting and up-to-date information on the all-time marks achieved by the players who wore or wear the pinstripes. These are several categories, say the offensive and pitching records, both for a season and for life.

The Yankees’ most wins in a season was in 1998, when they won 114 games. The representatives of the 1938 Bronx team won 28 games in the month of August, an unbeatable mark to date. Nor has it been possible to overcome the record of 19 consecutive victories in a contest achieved by the 1947 Yankees.

It may interest you: I amRob Manfred’s laugh is all the rage

The consistency in long-range connections of the 1941 striped team was impressive. They still hold the record for 25 straight regular-season games with at least one home run.

Now we are going fully to the individual records of the franchise. In all categories these are the marks in force from 1903 to 2022.

It may interest you: BEHIND BARS: Notable Major League Baseball players who broke the law

As you can see, there are many records that look unbreakable, especially considering that baseball has changed a lot. The totals imposed by Babe Ruth, Lou Gehrig and Derek Jeter must prevail for a long time. The same is true for some totals set by pitchers like Whitey Ford, Red Ruffing, Andy Pettitte and Mo.

In a simple season there are also figures that are almost impossible to match, or even come close to. They no longer steal as many bases, nor do pitchers throw as many complete games, among other records in different departments that seem very far from equaling or breaking. However, there is always a brand that at first glance seems to be within the reach of current or future Yankee players.

This is the case of the 248 strikeouts given by left-hander Ron Guidry in 1978. A certain Gerrit Cole is predestined to break this mark, but if he can’t do it, I don’t think he will stay there for long either, since there are several active pitchers who can exceed 200 fans in a campaign and who knows if any of them can wear the uniform of the Yankees.

It may interest you: REGRETTABLE: Russia-Ukraine conflict cost the lives of 2 footballers

TO KEEP: Records and interesting facts of the best baseball team in history