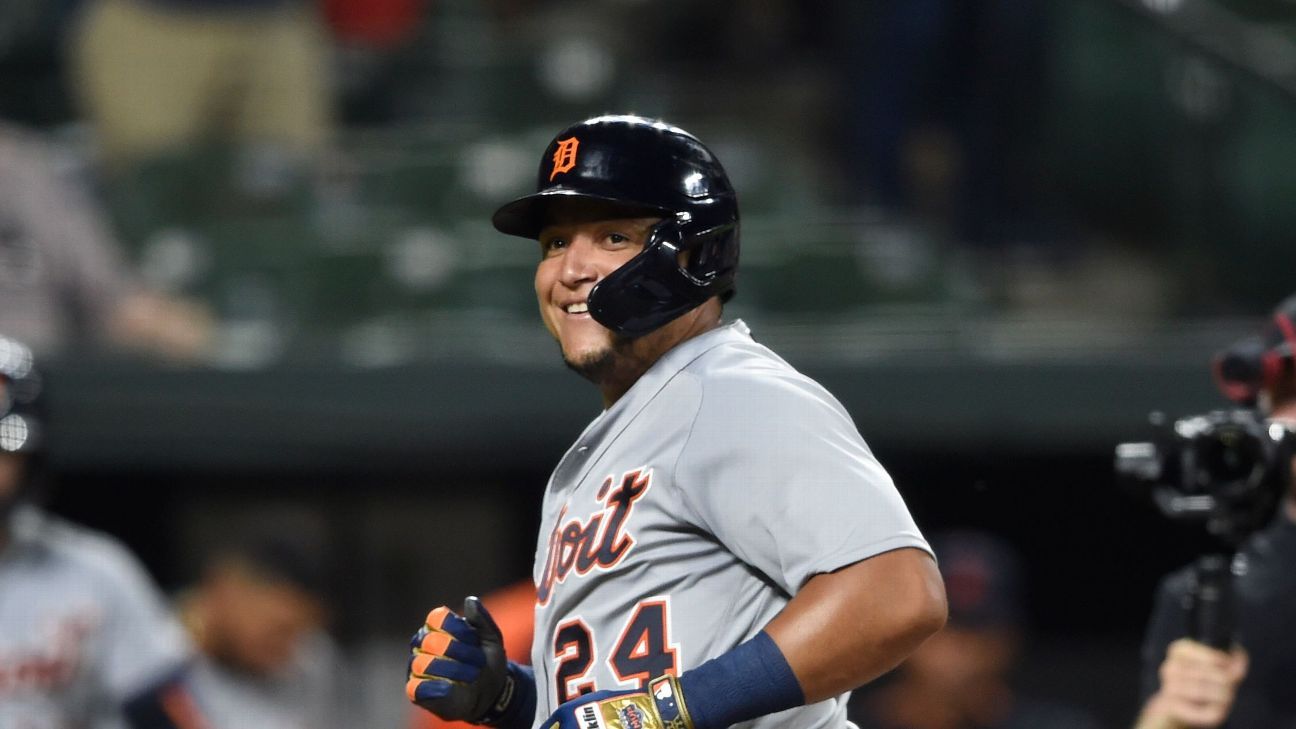 Miguel Cabrera He hit his 499th career homer Wednesday night in Baltimore, but the Venezuelan slugger was not included in Thursday’s lineup to give him a break and a chance to hit 500 home runs against Detroit Tigers fans, according manager AJ Hinch.

The Venezuelan slugger hit 499 homers in the fifth inning of the game in which the Tigers beat the Baltimore Orioles 5-1 on Wednesday night. The third game of the series, in which Detroit also took the victory with a score of 6-4, was the last for Detroit before returning home to start the series against the Cleveland Indians.

Before Thursday’s game, Hinch said he was hesitant about taking Cabrera out of the lineup after noticing that the first two games of the series against the Orioles were extended by rain.

“Two delays due to rain under excessive heat. Obviously there is the component of hitting the 500, ”Hinch said before the match. “I have no idea if that could happen today, but I want our fans, everyone in Detroit, to be a part of this.

“I can be caught in the moment and want this to happen as soon as possible. I have no idea if it can happen when we are home, ”he added.

The Tigers have a six-game home stay after Thursday’s game against the Indians.

“We all hope (Miguel) can make it happen in Detroit, but we’ll see what happens,” he said. Jonathan Schoop, partner of the Venezuelan.

In Wednesday’s game against Baltimore, Cabrera had two hits before his home run and a sacrifice fly after it, and in his last turn, in the ninth inning, he was out with an infield grounder.

The slugger has 12 home runs this season and hadn’t blown the wall since Aug. 3.

Cabrera, 38, is trying to become the 28th player in major league history, and the first Venezuelan, to hit 500 career home runs. Its production has dropped considerably in recent seasons. He hasn’t hit more than a dozen home runs since 2017.

However, Cabrera remains a star in Detroit while also nearing the 3,000-hit mark for his career at 2,950.