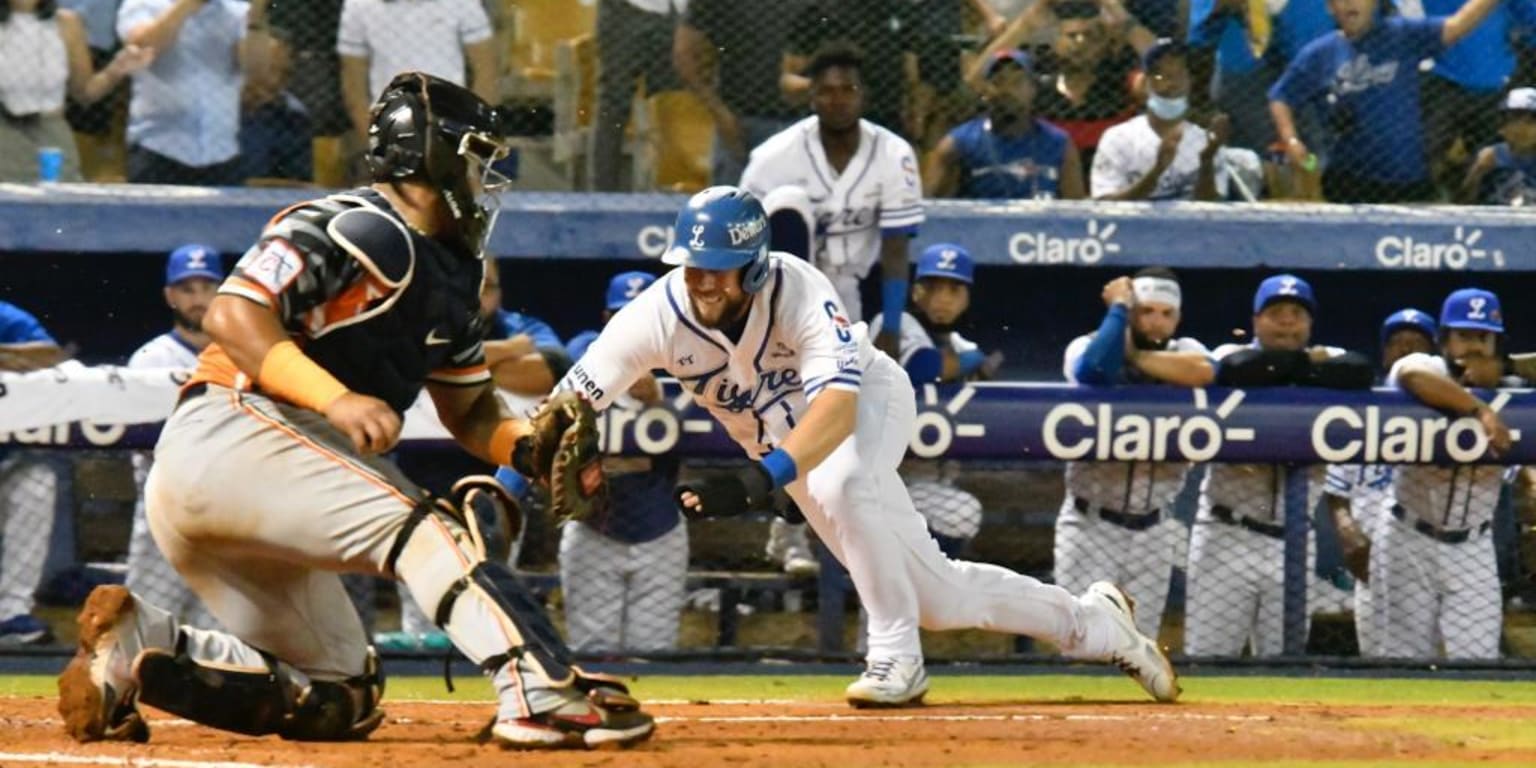 SANTO DOMINGO – Los Tigres del Licey sharpened their “claws” to end a streak of 14 losses against the Toros del Este by beating them 5-1 in the match held this Tuesday night at the Quisqueya Juan Marichal stadium, in La continuation of the regular series of the Winter Baseball Tournament.

With their victory, the Tigers stop a streak this year of five losses in a row, in addition to one of 14 setbacks in a row in the last two years against the Toros. The Blues had scored just two runs in the last four games against the Bullfighters.

The victory now places the Bengali with a 13-14 record to stay in contention for one of the qualifying spots for the playoffs by being left alone in third position.

He lost right-hander Bryan Abreu (1-2) by allowing three runs to the beat of three hits, with two walks and five strikeouts in 3.2 innings that he worked on the mound.

The Tigers broke the ice in the bottom of the second inning against Abreu. Jorge Bonifacio received a free ticket opening the episode. Hanley Ramírez followed suit. Batting Ronny Mauricio, the runners advanced to third and second on the pitcher’s wild pitch.

Ronny Mauricio struck out. Aristides Aquino grounded out by the pitcher, but Andrew Knizner dispatched his unstoppable two-lap RBI through the middle of the field.

The Bengali expanded the score by making another streak in the fourth inning double from Hanley Ramirez, who stole third and scored on a wild pitch from the pitcher. Hanley responded again in the fifth with an unstoppable RBI to make it 4-1. In the sixth, Chris Owings crawled for a double play on the bases loaded to bring the sixth Indigo touchdown to the plate.

For the Tigers, Hanley Ramírez hit a double and single, with two runs scored and one RBI; Andrew Knizner also hit a tubey and a two-lap RBI single; Emilio Bonifacio with a pair of hits and Sergio Alcántara with a hit.

In San Francisco de Macorís, with two home runs by Zoilo Almonte and Danny Santana, the Águilas Cibaeñas beat the Gigantes del Cibao with a 3-2 score in a Dominican winter baseball game played this Tuesday at the Julián Javier stadium.

With their triumph, the national and Caribbean champions placed their record at 14-13, tying for the second rung of the standings with the Giants themselves.

The Cibaeña troop thus achieved its sixth success as a visitor, the first this year in the Northeast park, and incidentally equaled three victories per side in the private series between both clubs in the region.

The Eagles’ team opened the game by scoring a return when leadoff hitter Leody Taveras was transferred, stole middle and doubled into Melky Cabrera’s right field off starting pitcher and loser Gabriel Ynoa.

In the sixth inning, the harrier bats rang again against Ynoa with lonely homers from Almonte down the left wing and Santana down the right field to put the score 3-0 in favor of the yellows.

The Northeast snapped a 24-inning drought by scoring a run in the seventh, when pinch-hitter Moisés Sierra singled to center, reaching third on an error by outfielder Leody Taveras. Diego Goris towed Sierra down the middle.

In the eighth, the Giants tied their second round by successive doubles by Marcell Ozuna and Henry Urrutia, to get closer by one on the board.

Wendolyn Bautista, in her third start of the tournament, posted her fourth backhand win of the season, shooting five scoreless innings of just three hits, walking away and fanning three of the 19 opponents she faced.

Bautista (4-1), who assumes the victory lead after his magnificent monticular work, was replaced in the sixth by Luis Felipe Castillo, followed by Wandy Peralta (7), Michael Tonkin (7), Darío Álvarez (8) and Naphtali Feliz (8). The latter scored his fourth save.

While Ynoa, Giants starter and underdog, worked six innings in which he allowed six hits and three runs, walked and struck out five. Then Jhon Romero (7), Juan Minaya (8) and Huáscar Brazoban (9) got into the box.

The winners’ attack was led by Almonte with a home run and single in four at-bats, one RBI and one scored, Santana hit his solo home run four times and Melky Cabrera went 4-1 with a double and an RBI.

For the Giants, Henry Urrutia doubled four at-bats with an RBI, Marcell Ozuna went 1-for-4 with a double and scored and Webster Rivas hit one of two bases in three at-bats.

The Eagles receive the Eastern Stars this Wednesday at the Cibao Stadium starting at 7:30 PM.

In San Pedro de Macorís, the Eastern Stars are who do not believe in anyone. Its brilliance is unique in the current fall-wintry ball in the Dominican Republic.

Any team that stands up to him and challenges him, he knows he will pay for it!

On Tuesday night, the Orientals beat the Leones del Escogido 3 races by 1, in the match fought until the last stages at the Tetelo Vargas Stadium, of the Sultana del Este.

The pachyderms trailed 0-1 until entering the bottom of the seventh inning, when Junior Lake, in a risky play, stole the plate and scored in the race for the 1-1 tie, which had been declared “out” by the referee. but in the review the decision was reverted to “safe”.

In the eighth, Jeremy Peña drove in the lead (2-1) with a double through the central field against reliever Rhiner Cruz for Gustavo Núñez to score, after reaching base for an unfaithful hit to the 3B and stole the second. Peña, then crossed the rubber by Domingo Leyba’s sacrifice fly to the CF.

The long-haired ones had scored in the fourth inning (1-0) on the legs of Albert Pujols, who hit a tubey against the green starter Radhamés Liz, and scored due to the error of second baseman Gustavo Núñez on a roll by Jimmy Paredes.

With the triumph, the Stars consolidate in the first position, of which they do not yield a single iota, with a record of 17-10, with their third win in a row, while the Scarlets fall to fifth place with 12-15, in the contest that has the BanReservas Cup in dispute and is dedicated to General (r) Kalil Haché Malkum In Memoriam.

The winning pitcher was Ronel Blanco (3-0) in a 1.0-inning relief performance and two strikeouts, and a save for Wirfin Obispo, number 11 of the contest, in a dominant ninth against the Lions, with two strikeouts.