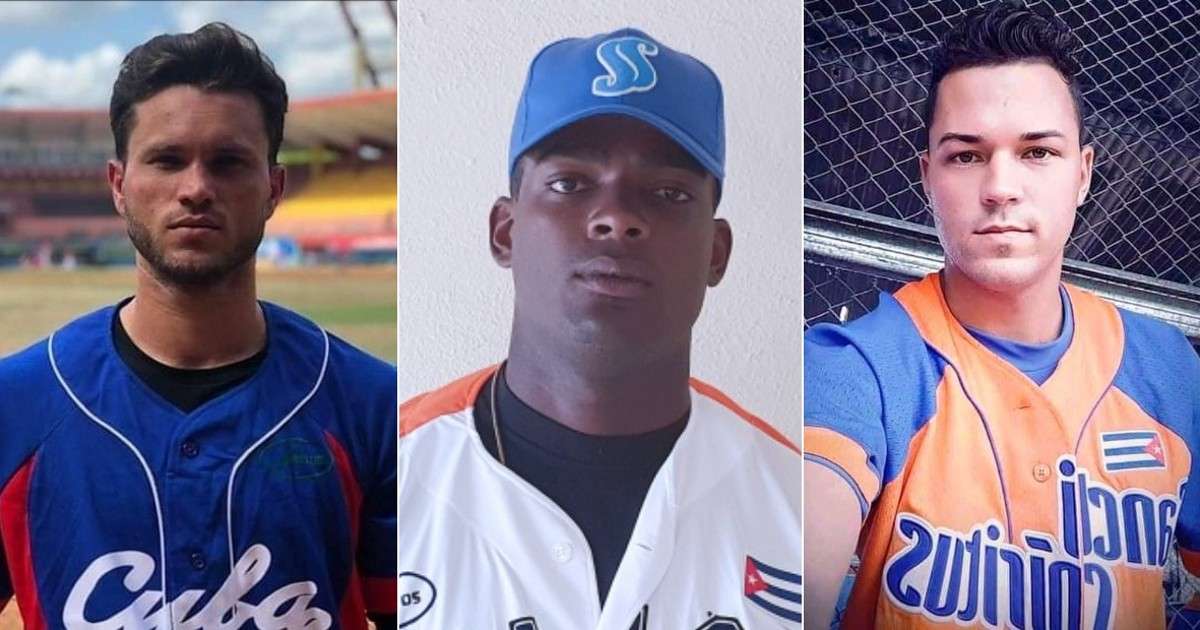 Three other Cuban players left the Cuba Sub-23 team that is in Ciudad Obregón on Sunday to play the World Cup in this category. With these players, there are already six who have left the national team after his arrival in Mexico on September 21.

“Three new retirements in the Cuba team in the U-23 World Cup: OF Reinaldo Lazaga, LHP Dariel Fernández and OF Dismany Palacios, left the concentration in recent hours and the record of more retirements in a baseball delegation since this began phenomenon in 1991. They have already been 6 in this World Cup, “said journalist Francys Romero on his social networks.

The data is devastating: the 6 Cuban players who have left the team in this competition speak of the worst streak, possibly, that Cuban baseball is going through and are symptomatic of the decline that the national sport has been suffering on the island.

“Colleague Drian Bernal was the first to report the departure of Lazaga and Fernández,” acknowledged in his information Romero, a journalist specialized in Cuban ball issues and with access to sources within this sport, both in the Cuban context and in the American Major Leagues.

“Although my sources could not give me an exact schedule, these three departures occurred in the early hours of the morning, while everyone was sleeping at the hotel in Obregón. Now the Cuba team in the U-23 World Cup has 18 players, “added the journalist in his Facebook post.

The gardener Reinaldo Lazaga Hernandez, a 24-year-old from Pinar del Río who played for the Vegueros team, hit an average of 306 in the 2020-2021 season, scored 18 runs and drove in 11, without hitting a single home run in his 98 times at bat, in which he had 30 hits. and 5 bases per ball.

For his part, the left-handed pitcher Dariel Fernandez Bass, a 24-year-old from Pinar del Río, is also considered by the portal swingcompleto.com as one of the five most promising prospects of the Cuban team who traveled to Mexico. The left-hander adds curve, slider and a recent change of speed to his 91 mph fastball, with which the pitcher posted four wins and three losses as a starter last season.

As for the third player who left the national team this Sunday, the outfielder from Spiritus Dismany Palacios Rodríguez (24 years old), averaged 283 in 173 times at bat last season, in which he hit a home run and 49 hits, in addition to receiving 17 walks.

The three young players join with their abandonment to that of their teammates, the pitchers Luis Danys Morales and Ubert Mejias, and the receiver Loidel Rodriguez. Curiously, both Rodríguez and Morales are from Sancti Spíritus, the home province of director Eriel Sánchez, who had said some time ago that the “patriotism” of the chosen players had been taken into account when integrating the squad.

“Each abandonment from the ranks of Cuban Baseball confirms the cynicism with which the Trump administration annulled the agreement between the Cuban Baseball Federation and the Major Leagues. A cruel disadvantage that prevents the natural flow to the circuits of that organization,” tweeted the Cuban Federation of this sport, blaming defections on the policies of the Trump administration.

“Each abandonment from the ranks of Cuban Baseball confirms the desire that slave athletes have to be free. Don’t be fooled anymore, or try to fool anyone. That sick desire to negotiate with the ‘slave ball’, at this point in life, everyone knows where it comes from “, replied Javier González, from the Cuban Ball, on the comments.