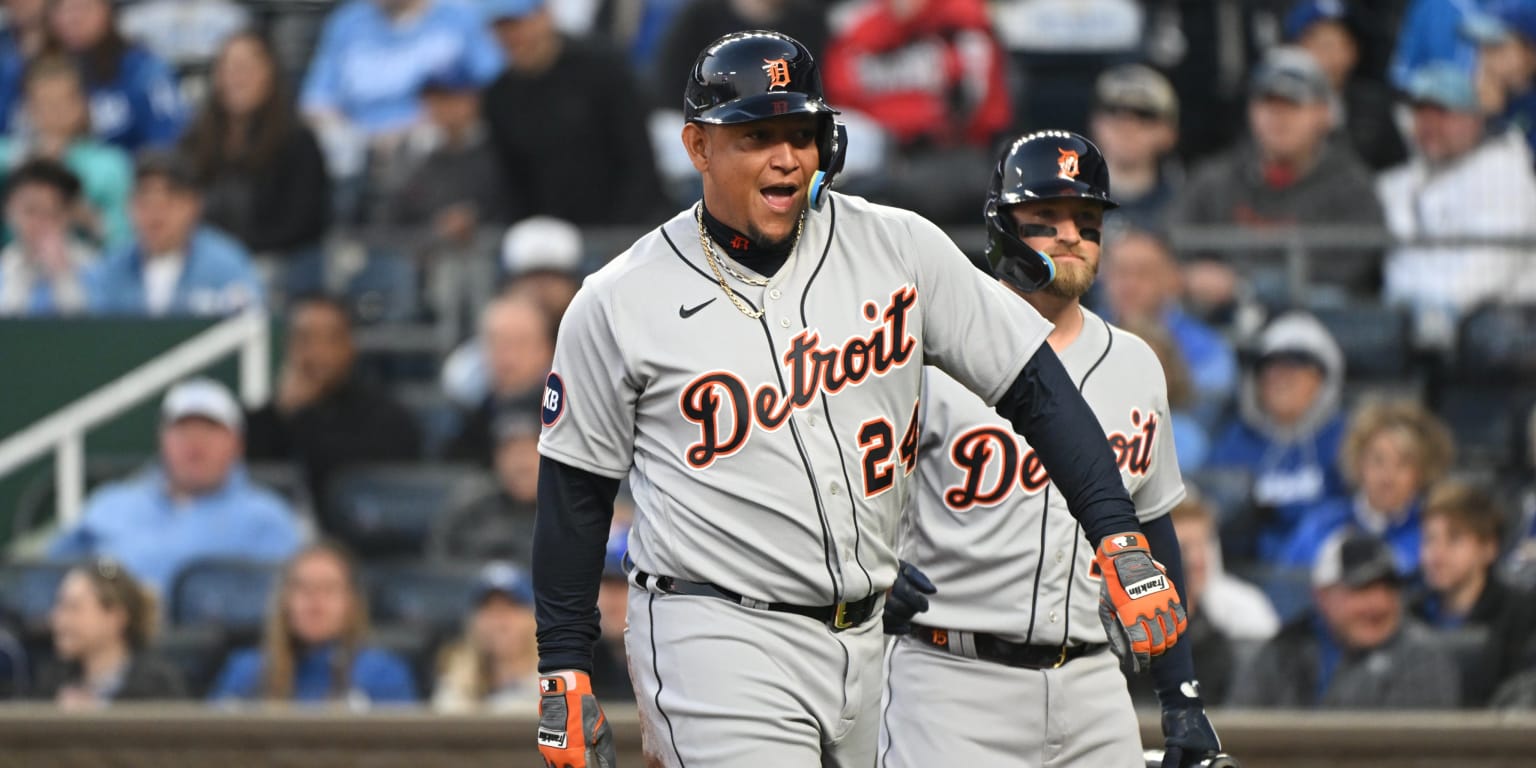 Kansas City- “The city of fountains” is the name given to the headquarters of the Royals in Missouri.

To speak of this city is to speak of summer, of intense heat, of barbecues, of a Kauffman Stadium that literally melted the soles of the players’ shoes in the 1980s and 1990s.

But we’re still in April, and this Thursday Kansas City welcomed the Detroit Tigers in an unfriendly 56 degrees Fahrenheit, and the wind chill caused by the constant breeze made the atmosphere a little less tolerable. So much so that, minutes before going out to warm up before the game, several players and coaches approached the uniform storage room in the locker room to ask the Head of the Clubhouse, Jim Schmakel, for an extra jacket or sweater because, if during the practice was cold, for the night the panorama did not outline well.

But the cold was not the news (just an uncomfortable anecdote). More important is knowing that Miguel Cabrera started the series against the Royals with 2,991 hits in his major league career.

And the rival of the day was the right-hander Zack Greinke with his fastballs located between 85 and 90 miles per hour.

“He is very crafty,” said Cabrera at the end of the game, so his plan was to attack early in the turns. And he gave it results.

The Venezuelan gave the Kansas City right-hander two of his three hits of the night, to reach 16 games of three hits or more at the Royals’ home and ensure that no active player has more games like him at Kauffman Stadium.

The 2992 fell in the central forest after a Greinke sinker. The second of the night was off a curveball, and he landed in left field.

In 2994 it was through the right forest, Cabrera’s preferred area. On this occasion the rival pitcher was Collin Snider, who released another sinker, but this time he came at 94.3 miles per hour, something different from Greinke’s streamers.

It can be said that the stadium of the fountains in the outfield suits Miguel well, and it is that for life in this scenario he hits .320/.382/.511 with 42 extra-base hits and 90 RBIs.

Cabrera went 11 games off just three hits at Kauffman Stadium. Four of those matches having occurred as of the 2020 season

Sitting near the third base dugout, a couple brought a handmade cardboard hit counter, the kind where you only tear off the number that no longer counts and the next one is ready. These two people enjoyed Cabrera’s slide at home in the second inning, when he scored on Harold Castro’s sacrifice fly.

“Did you see that? I’m Speedy González!”, The Maracay player mischievously released after the match.

In his native Venezuela, baseball fans are eager for the Tigers designated hitter to become the first born there with 3,000 hits, and to do so as soon as possible.

But he is not in a hurry: “I know there is a lot of pressure and that everyone is watching. However, I am in a good position at the moment. I hope we win more games, that’s the most important… if we win, I think the numbers are going to be there,” he explained.

There is no rush, the hits are yet to come and the Tigers need Miguel to do it.

Three hits from Miguel put 3,000 in the crosshairs