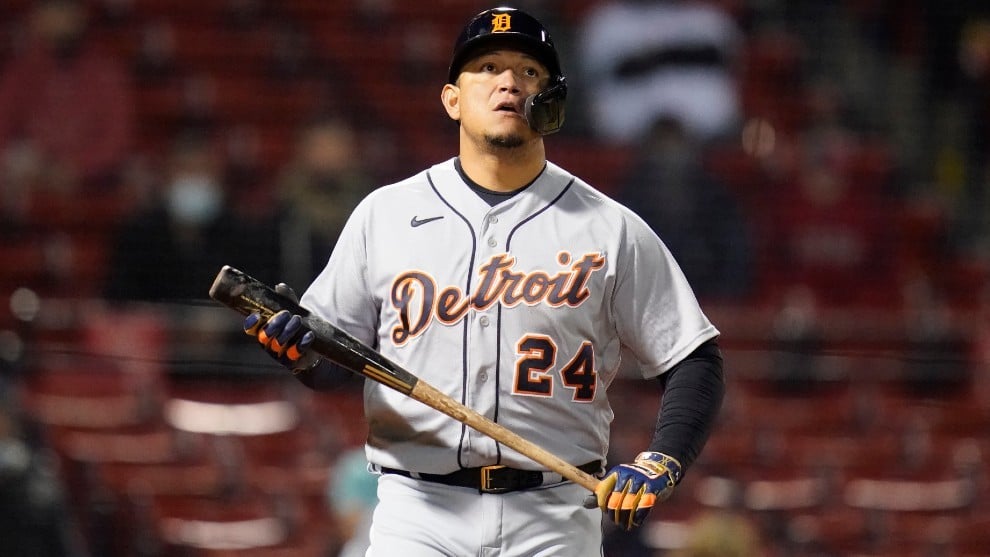 The Venezuelan of the Tigers from Detroit, Miguel Cabrera, is one of the most important players in the Major League Baseball – MLB, but then we will tell you some curiosities of this historic hitter.

Miguel Cabrera has marked a brilliant career in Major League Baseball, which for many is worthy of the Hall of Fame, however, behind the success, the Venezuelan has some curiosities, some being controversial and others funny, but what It must be clear that he has never stained his career in the best baseball in the world.

In Maracay, Venezuela, Cabrera earned a reputation as a burlesque and very restless at school, causing problems among his teachers.

2. An athlete in every sense

Although he is an extraordinary baseball player and one of the best hitters in MLB, the Venezuelan was also an athlete playing volleyball and was even offered a contract to play professionally in Switzerland and also played basketball very well.

His mother was a shortstop for the Venezuelan women’s softball team for 10 years. His father played baseball at the amateur level as first baseman and still practices it at the veteran level,

4. Curiosity with the Mexican Adrián González

He was a roommate of Adrián González in Class A and he benefited a lot from “El Titán” because of the English language and the American culture. Years later, the Mexican would be his best man when he married in Venezuela.

Between 2009 and January 2010, Cabrera underwent rehabilitation treatment for his alcoholism, even having some mishaps with the police in the United States.

Among his favorite things are spending time with his family and children, he also likes to play dominoes and archery, two disciplines in which he also excels.

Among his luxuries Miggy has a large mansion of $ 3.2 million dollars, with six bedrooms, a swimming pool, garages for a total of eight cars and even a mini golf course in his garden. In addition, it has a large number of luxury cars, including a 2019 Chevrolet Corvette Grand Sport, valued at an approximate of $ 70,000.00 and is classified as one of the fastest cars in history.

Things you probably did not know about the Venezuelan Miguel Cabrera