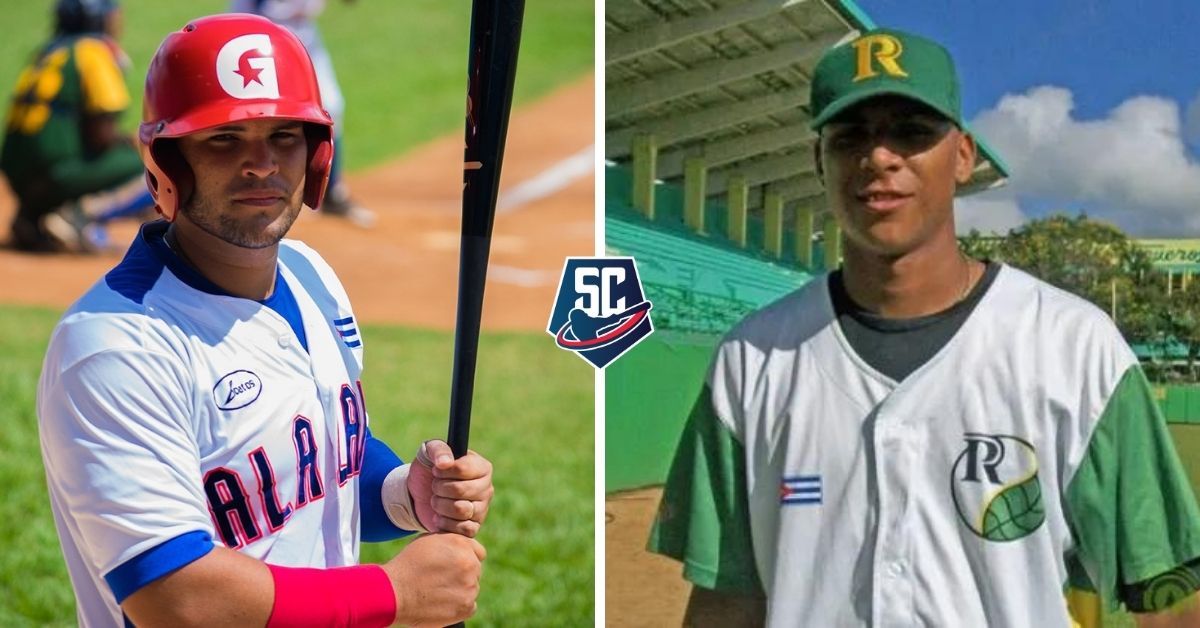 With the mind set on developing and growing in a baseball of much higher quality and tools, the Cuban prospects William Garcia and Frank Abel Álvarez will leave next week for Japan, where all the teams on the professional circuit are already adjusting their machinery to the start of a new season from March 25.

The pitcher from Pinar del Río and the batter from Granma will head to the land of the Rising Sun on Wednesday, March 9, after a long period of visa procedures. They are the last two Cuban baseball players contracted with Japanese teams that remained on the island, since some time ago the stars Liván Moinelo, Raidel Martínez, Yurisbel Gracial, Alfredo Despaigne and Ariel Martínez traveled to Asia, all signed under the protection of the Cuban Baseball Federation.

Guillermo García and Frank Abel Álvarez will join the Dragons of Chunichi Farm System, where Raidel and Ariel Martínez have already passed before debuting with the first team of a franchise with a lot of Cuban flavor, since coach Omar Linares and star starter Dayán Viciedo.

Álvarez has had very little action in the last 12 months, like almost all Cuban players who remain in the country. The right-hander from Vuelta Baja has spent more time training than playing in this period, since he only had ephemeral performances with the national teams that participated in the U-23 World Cup in Mexico and in the Junior Pan American Games in Cali-Valle.

After those commitments, he has focused only on his preparation, since the Pinar del Rio team decided not to use him in the current National Series. “Bringing him here and getting injured would be pawning his future,” said a week ago the provincial commissioner Heriberto Suárez on the greatest pitching talent in the territory.

Álvarez worked for the last time in the domestic sphere during the postseason of the 60 National Series, specifically on February 23, 2021, when he allowed six hits and three runs to Alazanes de Granma in the third game of the semifinal. That day he gave away four tickets in two and a third innings, confirming his problems with control. In the last edition of the balls-and-strike classic, Alvarez averaged 5.08 free walks per nine innings (25 in 44.1 innings), which boosted his WHIP to 1.58.

Without a doubt, this must be one of the aspects in which they are going to work the most with him in Japan. The Japanese coaches already know what it means to polish a diamond in the rough from Cuba, as are the cases of Liván Moinelo and Raidel Martínez, also from Pinar del Río, who also had deficiencies with their control that they have managed to improve after several years on the Asian circuit. .

The talent of Guillermo García, who will earn 100 thousand dollars for his adventure this season with the Dragons, also generates a lot of expectation. After his name appeared on the list of 34 prospects that the Cuban Federation released to seek contracts with MLB teams in 2019, the left-hander began to really make a name for himself in the first months of 2021, when he led Granma in the race for the national title.

His performance in the postseason was extraordinary, with 17 RBIs, 12 runs scored and a .487 average. But the best came in the final, an instance in which he hit 12 hits in 19 official at-bats and left an intimidating offensive line of .632/.682/.947, with two home runs, five runs scored and seven RBIs, including the one that decided the championship in favor of the Alazanes, for which he deserved the Most Valuable Player award.

Guillermo, who was also in the Cuban teams of the U-23 World Cup and the Junior Pan American Games, did start playing in the 61st National Series. Unlike Frank Abel, the people from Granma placed their new jewel from the beginning to take advantage of his offensive power, but the boy was far below his real possibilities, because in 23 appearances he only accumulated one hit, one RBI and one scored, with pair of tickets

His last appearance in the current National Series was Thursday February 3 in the 1×0 defeat of his team against the Piratas de Isla de la Juventud at the Cristóbal Labra. That day he emerged as a pinch hitter for Alexquemer Sánchez and failed with a fly ball.

Although there are many hopes with the boy, it is prudent to go easy and let him develop little by little, without burning stages. In that sense, it will be much more profitable for him to be in Japan than in Cuba, not only because of the qualitative difference of the leagues, but also because of the seriousness of the work that is done there.

THEY WILL NOT PLAY Series 61: Cuban PROSPECTS left for Japan