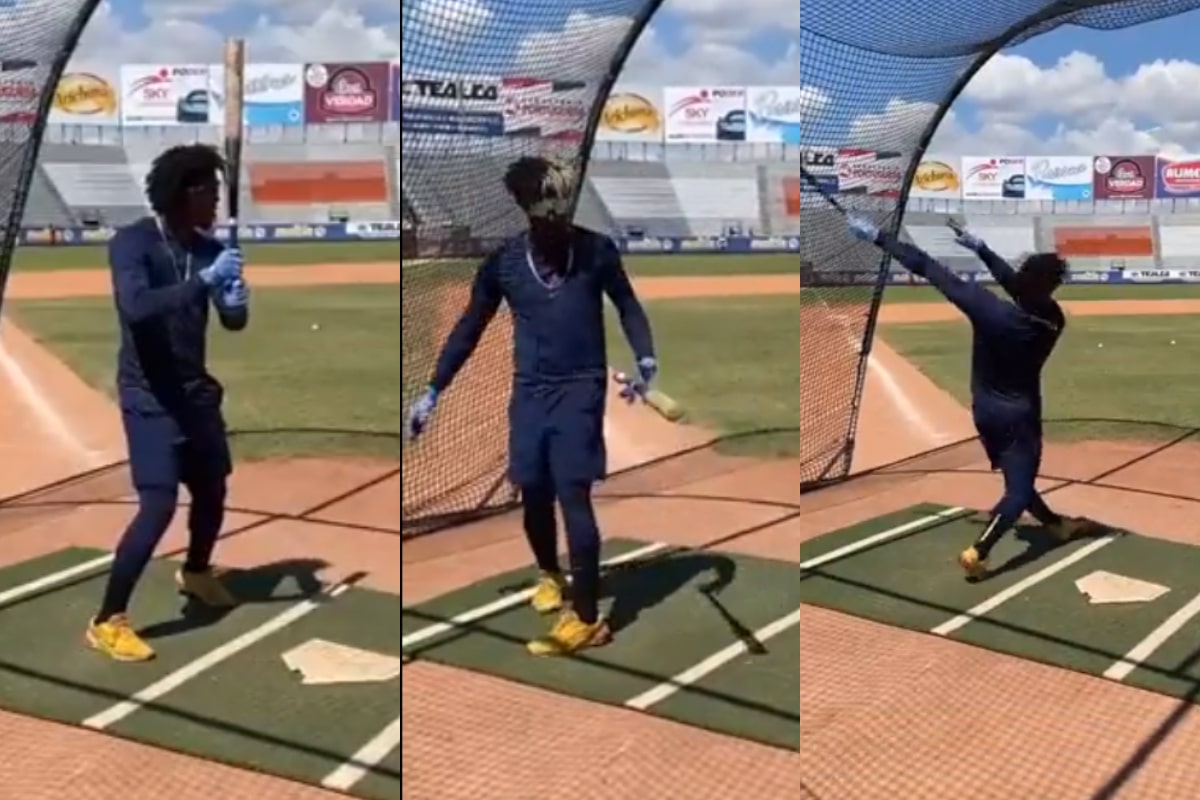 The Venezuelan of braves from Atlanta, Ronald Acuna Jr., is visiting Venezuela and still maintains his recovery process, the same where we see him for the first time practicing his batting in a Stadium, being good news for this 2022 at Major Leagues – MLB.

Through a video on social networks, Ronald Acuña Jr. can be seen having a BP at the Antonio Herrera Stadium in Barquisimeto, being the first time he is seen batting in a baseball park after his unfortunate news in the season Major League Baseball 2021, being a session where his hits are measured and his exit velocity is noted.

Acuña Jr. does not stop his rehabilitation and without a doubt he wants to return to his actions with the Braves in the MLB in the best possible way, so seeing him in batting practice in a stadium is synonymous with good news.

home runs are back

“El Abusador” makes it clear that his strength is intact and in this batting session he released a home run throughout the left field, which reached half the stands of the stadium.

You can hear in the video that the connections of the Venezuelan of the Braves have an output speed of between 107 and 110 miles per hour, which are measured with a technological tool called “Rapsodo”, without a doubt great news for this outfielder who previously we had only seen him practicing his batting in cages and not at BP in a park.

Ronald Acuña Jr. in the 2022 season could reach 500 hits in his career, an important number for him, without a doubt.

They measure hits by Ronald Acuna Jr. in a stadium