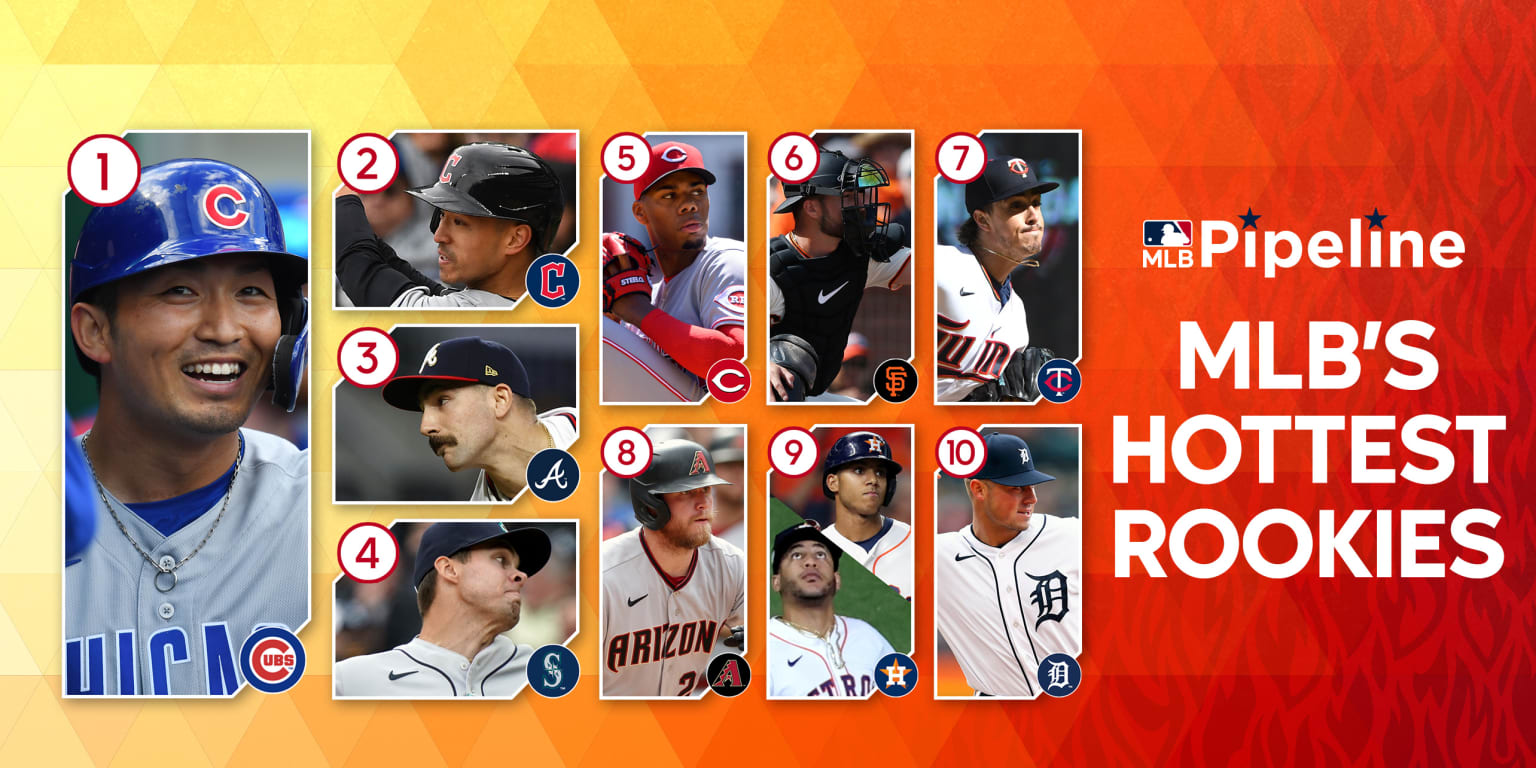 The statistics correspond to the games played until Sunday.

1. Seiya Suzuki, OF, Cubs (not eligible for Cubs Top 30 prospects)
There were some questions about how Suzuki’s talent would translate to America. To tell the truth, there still are. But boy, has he looked good so far, hitting .400/.543/.960 with four home runs, 11 RBIs and nine walks.

2. Steven Kwan, OF, Guardians (Cleveland’s No. 15 prospect)
Kwan has been one of the best stories of the season so far, thanks to his impressive plate discipline that saw him throw 116 straight pitches without a blank swing. He hasn’t hit his first major league homer yet, but when you have a .541 on-base percentage, you don’t have to worry too much about power.

3. Spencer Strider, RHP, Braves (Atlanta’s No. 2 prospect)
Strider is racking up strikeouts out of the Braves’ bullpen, earning more and more of the team’s trust with each passing day. Despite having no starts, the pitcher is second among rookies with 11 strikeouts in nine innings, with a 1.00 ERA and 1.00 WHIP, with just three hits allowed.

4. Matt Brash, RHP, Mariners (MLB No. 97 prospect)
Brash dominated opponents in his first full season as a pro, but despite that, his Major League debut has been surprising. He has had 11 strikeouts in 10 2/3 innings, with just six hits allowed.

5. Hunter Greene, RHP, Reds (MLB No. 22 prospect)
He has struck out 13 batters and walked just two in 10 1/3 innings through two starts, both on the road and against powerful Braves and Dodgers offenses. He’s given up three home runs and five runs, otherwise he’d be higher. But there isn’t a more exciting rookie pitcher right now than Greene.

6. Joey Bart, C, Giants
If it seems like we have a long time waiting for Bart to take off, it’s because we do. This is the third season he’s seen some major league action, and the fourth year he’s started the season among the top 50 prospects. But it seems that his time has finally come. Bart, who began the year as the Giants’ No. 2 prospect and No. 31 in all of baseball, is showing plenty of power, with a .273/.385/.591 line, and has consistently drawn praise for the work of him behind the plate.

7. Joe Ryan, RHP, Twins (MLB No. 96 prospect)
Last year we saw what Ryan was capable of in five solid starts and he’s doing the same thing again in 2022. He doesn’t have the arsenal of Brash or Greene, but he throws strikes and strikes out with his 91 mph fastball. In 10 innings over two starts he has a 2.70 ERA and on Friday he was just brilliant against the Red Sox.

8. Seth Beer, OF, Diamondbacks (Arizona’s No. 12 prospect)
Beer has hit everywhere since he was at Clemson University. So it’s no surprise that he’s hitting in the majors. He’s posting a .381/.435/.571 line through the first eight games, including a walk-off home run.

10. Spencer Torkelson, Tigers (MLB No. 4 prospect)
The former No. 1 pick in the Draft has found his way after going 0-for-10 in his first four games in the Major Leagues. He is already hitting .240 / .387 / .520, demonstrating the power and discipline at the plate that he has displayed during his minor league career. Torkelson was signed by his bat and there is no reason to doubt that this wood will keep him in the Majors for many years.

These rookies are off to a great start