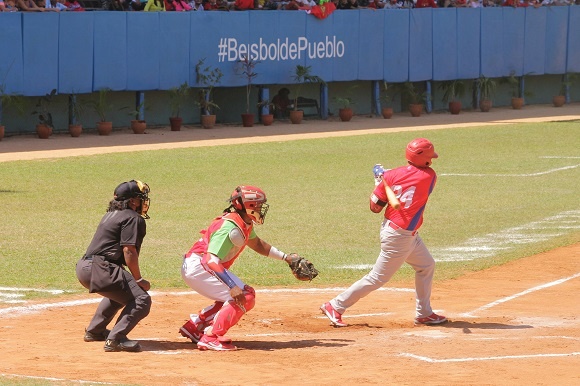 Carlos de la Tejera connected a hit to the left wing in the tenth episode, and the Western Stars lit up the Matanzas sky of the Victoria de Girón stadium this Sunday, by leaving the Orientales conglomerate on the field with a final score of 12-11, to close the All-Star weekend of this National Series number 61.

Sprinkled with the impetus of their debuting mentor in these events, Michael González, the western troops imposed their strength against the visitors to tie the historic duel at 16 wins per side, since these shows were created almost 60 years ago.

In the challenge there was “everything like in a pharmacy”, and the seal of our domestic championship was not lacking, where the logs boil and we cry on the mounds.

Those from the west hit a total of 12 hits where they highlighted a home run with the congested bags of the hunter Dayán Garcíaand a rocket from the industrialist Andrés Hernández who brought two houses in the rebellion of the eighth chapter. 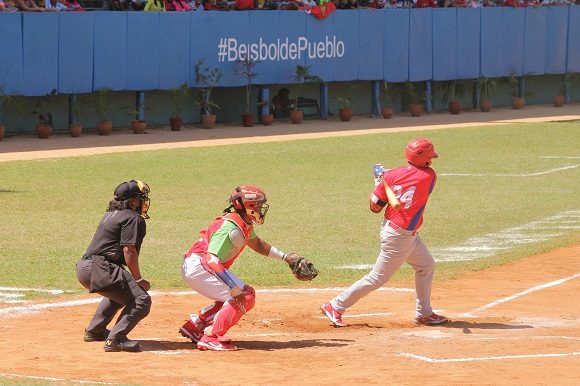 Those from the east, for their part, did not respect young pitchers with good earned run averagesnor veteran owners of strikeout leaders, and 15 rockets were scored in all.

They viciously shook pitchers of the stature of Yulian Quintana, Yoanni Yera, and Marlon Vega early on, the latter the victim of a “killer” tubey by Yordanis Samón closing the second third of the game, which cleared the packed bases and put them within six outs to win the game.

For the defeated The great Frederich Cepeda, 3-3, Yoelkis Guibert 3-2, and Rafael Viñales with a single and double in three turns, also stood out in the attack.all with two trailers to their accounts.

“I have felt very well. These are my eleventh All-Star Games. Very happy with the fans and the press who voted for me so that I could come back to this party. Today was the first time with Orientals, but I still felt inspired, even though we gave in at the end. I was 3-for-3 with two RBIs,” Cepeda said.

The triumph of the clash was taken by the pinero Kendrys Hernández by pitching the last two innings without allowing freedoms, and the defeat fell on the shoulders of Carlos Juan Viera, by tolerating the annotation that put the final point in history.

On video, statements by Cepeda

As a kind of appetizer before the main course of this day, the fans had already tasted the traditional home run derby, won this time the Las Tunas Viñales with 11 homerssurpassing by one the current leader of the campaign Pedro Pablo Revilla, and by three the defending monarch of the last edition, Yaser Julio González.

The lumberjack slugger returns to take the scepter again in this competition, won for the first time in the last edition held in this same Yumurian province six years ago.

“I feel very motivated with this result. Since I left my house, I came with a positive mind, because I knew that this stadium brought me good luck. Both times I have participated in the home run derby at the Victoria de Girón, I have won, and even when I started as a regular on my team, I started in a sub-series held here. So, I had many reasons to come and have fun in Matanzas.

“I went with everything. I went out to hit the ball, to make good contacts and to look for the hit. In the case of Revilla’s competition, when there were a few seconds left I went to advise him, because more important than winning the race, is enjoying the show with my teammates”.

On video, statements by Rafael Viñales

The Western Stars illuminate the sky of Matanzas (+ Photos and Video)