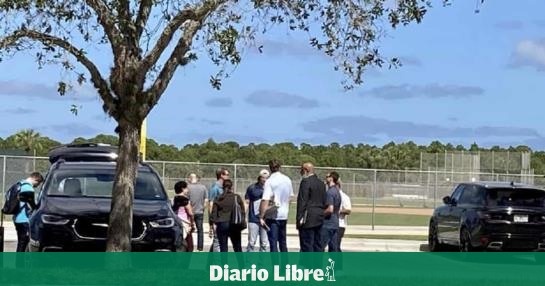 The union of the Big leagues prepared for a large-scale war scenario like the one declared by the MLB on Monday when she announced she was willing to let him miss a month of the regular season by failing to reach a new CBA.

Since 2018 the players’ union (MLBPA in English) does not distribute the collective advertising revenue that corresponds to each player, storing to have a greater box, and the way in which it has begun to distribute it is a sign.

DL confirmed with several Dominican players that last month each player who appeared on the 40-man roster in 2021 was given the option to receive checks for US$5,000 and for March as well. A figure that may seem small for those who earn seven figures, but the truth is that of the 1,447 who appeared on the payroll, there were 920 (63%) who earned less than one million before taxes.

By April 1, the payment will go up to US$15,000. The money comes from a US$178.5 million fund that the MLBPA racked up from deals like Fanatics, which replaced Topps as the supplier of official postcards.

The payment for February and March would have cost the union about US$6 million per month and the one for April will reach US$18 million, so they would still have a large reserve to “hold out” with the bulk of the minimum wage players.

In fact, information was leaked yesterday that the MLBPA has contracted facilities in Mesa, Arizona, so that the players can begin their preparation while the executives continue in the negotiations.

But it’s a sacrifice that makes it hard to believe how long the union will be able to keep its members calm.

An Associated Press report estimates that each day of canceled games would result in a collective $20.5 million in lost wages for players based on the $3.8 billion they were paid in 2021 with a 186-day schedule. Max Scherzer would lose $232,975 for each day lost and Gerrit Cole $193,548.

Joey Gallo joked with a tweet where he announces that he opened an account on LinkedIn, the network to put companies in contact with employees. Bryce Harper uploaded a montage on Instagram with a uniform of the Japanese team Yomiuri Giants placing the user of the Japanese club.

Jameson Taillon was more direct with a tweet where he explains how he sees the performance of the owners.

“Players are used to their ‘threats’. The actions of the owners have made it clear all along that they have a set of games where they still make a profit/make TV money. They don’t want to play. It’s sad that these are the guys driving the direction and “future” of our amazing sport,” the Yankees pitcher wrote.

While health insurance would expire after March 31 for players, the union would pay COBRA payments to continue their coverage.