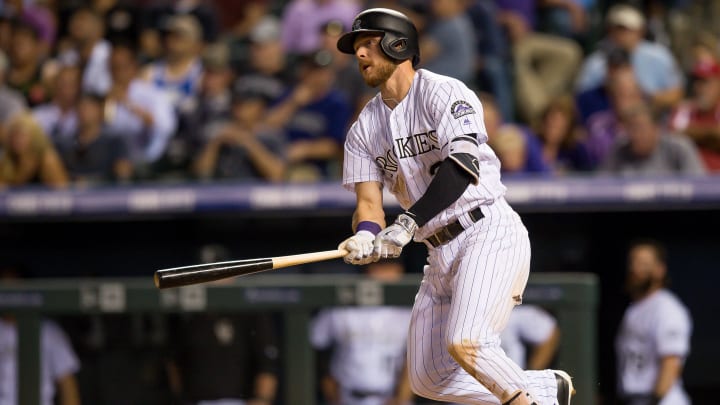 It is almost a fact that New York Yankees will be buyers before the exchange deadline of the MLB. The team with the most major league championships faces a difficult season in which they do not have a clear picture for their participation in the postseason.

The Bronx’s ninth is seriously lacking in starting pitching, they need a center fielder and should even add a lineup reliever to support their effective bullpen, which has been shaky.

One of the names that has sounded strongly to arrive in the Big Apple is the shortstop of the Colorado Rockies Trevor Story. For many New York City pundits and columnists, Gleyber Torres and two other players are the candidates to be traded for the Denver star.

However, that proposal was rejected by Mark Feinsand of MLB.com, who estimates that the Yankees want more than Story in the transaction. For this reason, he affirms that this movement will involve at least 6 players between the two organizations.

So that Story donning a striped uniform this year, the Colorado team would have to include pitcher Germán Marquez and outfielder Charlie Blackmon. In this way, the offices led by Brian Cashman would have to offer a package that includes Gio Urshela, Domingo Germán and perhaps the young Deivi García.

In this way, Torres would become the third base defender and Story would occupy the short stops. In addition, the Yankees would be adding the Venezuelan Marquez, who has increased his value in the market after his recent performances.

The communicator’s report even speculates that in order for the Yankees to finish convincing their National League counterpart, they will also have to offer the Dominican Miguel Andújar in the package.

One of the obstacles presented by the potential change is the doubts that revolve around a possible renewal of Story. Remember that he will be a free agent at the end of the season and will ask for a very lucrative contract.