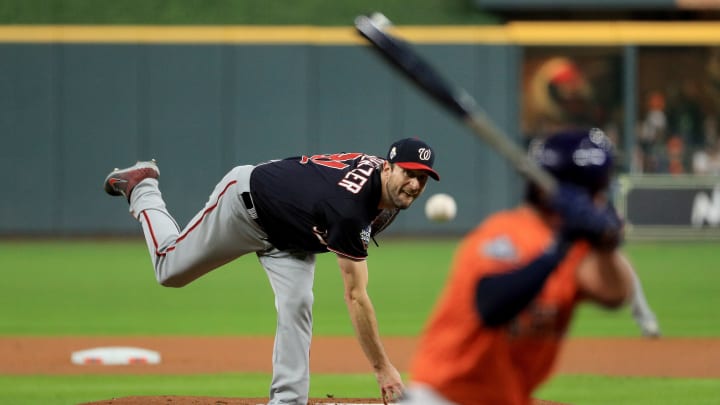 The Houston Astros they have a tough fight in the American League West with the Oakland Athletics. Upon entering the session on Tuesday, July 20, MLB, the sidereal are 3.5 games away from their opponents.

With an offense led by Jose Altuve and Carlos Correa primarily, Houston leads the majors in team batting average with .267, runs scored with 504 and on-base percentage with .342.

However, the doubts could fall on his pitching corps in which the veteran Zack Greinke has done a great job, but which evidently needs help to possibly face the 2021 playoffs.

It is very likely that with that approach, the office of the champions of the 2017 campaign will go out to the major league exchange market before the next deadline with the aim of reinforcing themselves and ensuring being a competitive team during the postseason.

The Astros are interested in getting Max Scherzer, According to reports from The Big Lead website, a move that might make a lot of sense but is also risky for a 36-year-old pitcher in the final year of his contract with the Washington Nationals.

So far this season, Scherzer is 7-4 with a 2.83 ERA and 142 strikeouts in 105 innings pitched – numbers that would certainly serve as a boost for a rotation that needs an arm of his quality.

That being the case, what would be the trade package that the Astros could send to the Nationals for Scherzer?

The deal could focus on getting pitcher Luis Garcia, who is 6-5 with a 3.06 ERA and 1.10 WHIP alongside pitcher Josh James, but there would have to be a guarantee from Houston that Scherzer they will keep at least two campaigns worth close to $ 50 million.