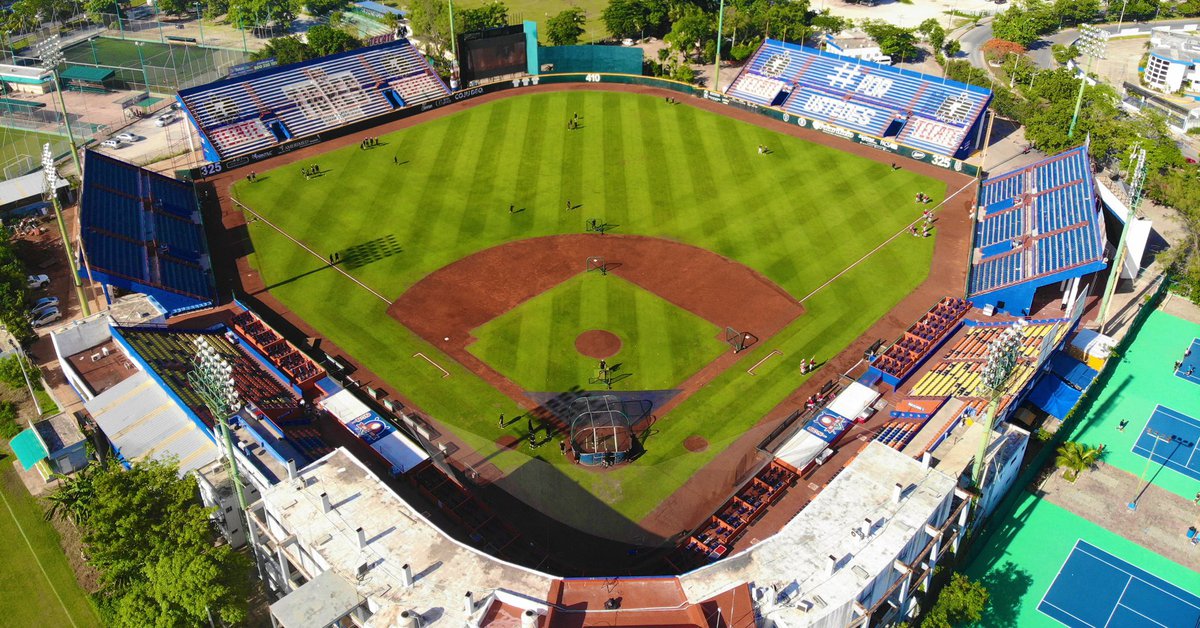 The Beto Ávila Stadium will be completely remodeled after July 18, 2021 (Photo: Twitter / @ tigresqroficial)

The Tigers, one of the teams with the greatest history and tradition in Mexican baseball, have traveled through various places and cities in the country. Since 2007, the state of Quintana Roo has been the state in charge of hosting its parties. Thanks to the tradition and the roots that the team has had in the entity, the managers decided to direct the almost immediate remodeling of the “Beto Ávila” StadiumTherefore, the team will not have a venue to play its last home matches.

According to a release disseminated through their official social networks, the last match will take place on Sunday, July 18. After that date The construction and remodeling work of the sports complex located in the city of Cancun will begin. Likewise, they confirmed that the works will bring benefits to fans, as well as to business partners, the team and the media.

According to the projection, Beto Ávila will not be the same, since the sports structure that they classified as the most important in the state “will have new corridors, new seats, larger spaces, becoming an icon of our state in which new exciting stories can be written around 108 seams ”, they assured in the document.

The Tigres have played in the city of Cancun, as locals, since 2007 (Photo: Twitter / @ LigaMexBeis)

At the announcement, the team lost the opportunity to host the local series where they will receive the visit of the Lions of Yucatan and the Eagle of Veracruz, between July 23 and 25, as well as August 3 to 5, respectively. The same way, they gave up hosting the home games in case of qualifying for the postseason and undertake the direct search for the King’s Series title, although the results obtained in the current campaign have led them to plan the following season in advance.

In accordance with the competition format in force for the 2021 campaign, the six best teams from each zone will be able to compete in the playoffs to qualify for the division finals. Los Tigres, to this day, are in sixth place from the classification of the southern zone, but they run the risk of being overtaken by the Bravos de León, who are one victory away from tying them.

Faced with this situation of uncertainty, the team has not confirmed whether it will have a provisional headquarters. Fans questioned what will happen to pending matches on social media. Others, however, expressed their desire to see them again in the capital even if it is during the two series where they do not have a confirmed venue. It is worth mentioning that, thanks to its passage through Mexico City, the team has a significant number of followers in the entity.

Fernando Valenzuela led the investors who acquired the franchise in 2020, when the team ran the risk of changing places (Photo: Elizabeth Ruiz /quartzcuro.com)

On the other hand, with the news put an end to the rumors of the change of venue that began to circulate in October 2020. In that year, in the middle of the season cancellation, as well as the health and economic crisis, the owners and managers of the team sent a request to the Mexican Baseball League (LMB) for them to authorize the change of city. However, they will keep the square of their property in the state of Quintana Roo.

Los Tigres originate from the Federal District. On April 10, 1955, the professional circuit began to participate and obtained their first championship thanks to its founder Alejo Peralta. Since then, and until 2002, they shared the square with the Red Devils of Mexico in the defunct Social Security Ball Park. In the period they won 8 titles.

After 46 years in the capital, the team that was born champion changed headquarters to the city of Puebla. Like the Angelopolis Tigers, they conquered the ninth crown as part of their 50th anniversary. Two years later they opted for the change to the city that currently welcomes them. In 2020, a group of shareholders led by Fernando “El Toro” Valenzuela decided to acquire the franchise with the intention of keeping it in the entity.

“I’m better than Saunders and Yildirim”: Jake Paul set out to challenge Canelo Álvarez
The day that Mexican Fernando Valenzuela made history in MLB
The Wolves confirmed the return of Raúl Jiménez to a match with the first team