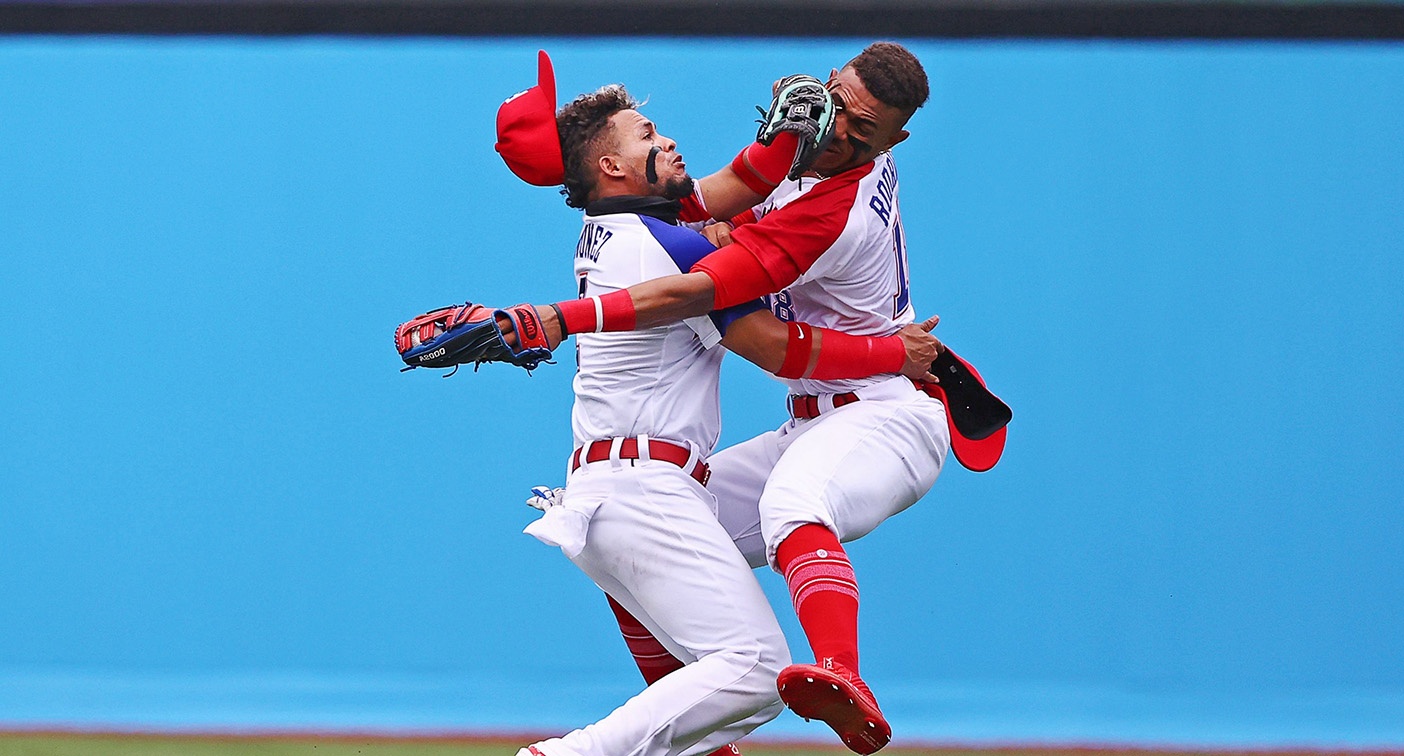 It was in the third inning when the Mexican Issac Rodríguez hit a ball that sent to the right field causing the Dominican players to rush in their search without communicating. The result: a strong clash that ended with both on the diamond turf.

The medical aid had to start when noticing that neither of them got up after the impact, but after minutes it was determined that neither left the field of play and the game was resumed.

The match ended in a defeat for the Mexicans in their Olympic Games debut with a score of one run to zero.

Drama to the end

The Mexico team, led by manager Benjamín Gil and gunboat Adrián González, had an unfortunate night, wasting repeatedly the chances to tie.

Teddy stankiewicz, Mexico’s starting pitcher, had a solid performance allowing only one run before leaving in the fifth inning.

On offense, Mexico finished with 4 hits, but the timely hit missed several times.

In the third inning, receiver Alí Solís hit the first hit of the Mexican offense. A historic hit by being the first hit in the history of Mexico in the Olympic Games. However, the offense did not seize the moment.

In the fifth inning, former MLB star Melky Cabrera boosted Charlie Valentino to give his country the lead.

The tie seemed to come for Mexico in the sixth inning, when after a fly ball, Isaac Rodríguez ran home and It was declared out by the judge.

The play was so close that it required a review to confirm that indeed the Mexican runner had not scored, but the officials did not change their decision and the game remained 1-0.

Mexico had their second clear chance to tie the game in the eighth inning, when they had a runner on third with just one out, but unfortunately the batters were unable to push in the run.

In the end, in the ninth, González, Espinosa and Navarro, Mexico’s power hitters, could not even things out and the Dominican Republic closer, Luis Castillo, retired them in order, sentencing the match.

When does the Mexican Baseball National Team play again?

The second baseball game for Mexico will be this July 30 at 10:00 p.m. CDMX before the selection of Japan. (With information from Animal MX)

The detail of the Olympic medals that a Mexican showed