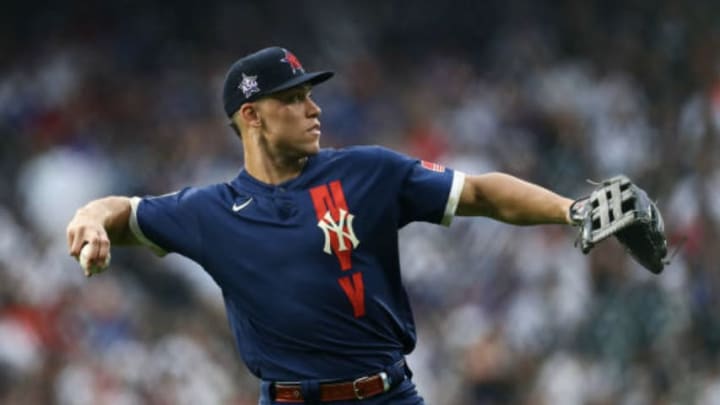 Aaron Judge’s declaration of intent for the second half of the 2021 season of the MLB is clear: focus on winning a title with the Yankees. Of course, that is what every professional player wants, and much more if it is someone who belongs to the New York Yankees. However, and judging by seen in the Mules so far in addition to what is coming in the second half of the season, it is a goal that seems distant.

In baseball, no team can be ruled out before the playoffs. These are instances in which everything begins anew, and the collective moment is usually decisive. But the Yankees need to improve to a high degree to win their 28th World Series. Is this possible?

First of all, the troop that leads Aaron boone he needs a second starter to accompany Gerrit Cole into the playoffs. A piece like Max Scherzer would be ideal, because it has experience and quality. But there are more affordable options like José Berríos or Kyle Gibson. Beyond names, the key is to add that arm because there is no one reliable on the roster to take on that task.

Overcome the obstacle of “a second ace”, the Yankees have to stabilize the central defense. They need a good defensive catcher, superior to the erratic Gary Sanchez; a shortstop with good hands – although there is the option of placing Gio Urshela there in combination with Gleyber Torres – and a center fielder who covers a lot of ground.

A team with aspirations to be champion must have safe gloves on the field, which help protect advantages or bail out its pitchers.

And the third barrier that they must break down is to overcome that critical moment that affected them in previous years, when in the playoff series against the Rays or Astros they did not get that extra necessary to win the championship and go to the final. A historic organization, which knew how to win with figures like Reggie Jackson, Derek Jeter, Mickey Mantle, Yogi Berra, Mariano Rivera or CC Sabathia, to name just a few, has to “know” how to be victors.

Judge’s words are what is expected of the offensive leader of a club. But he will not be able to do it alone if the team does not strengthen itself for the final stretch and, as a result, the Yankees get the inspiration necessary to live a successful October in 2021. Let’s hope.