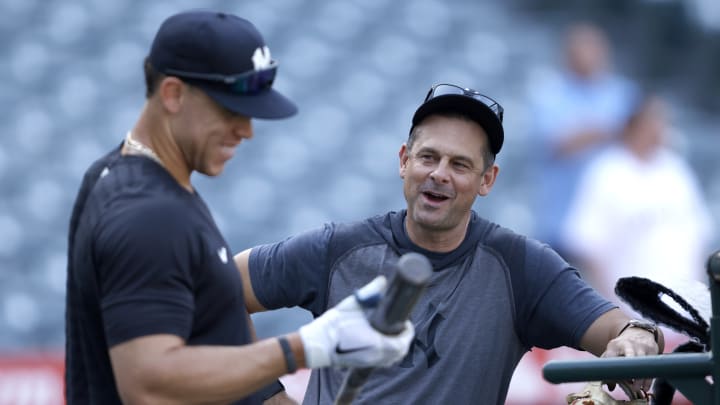 The rescheduling of the Opening Day game of MLB Come in New York Yankees and the Boston Red Sox will give manager Aaron Boone one more day to think about their lineup to open the season.

From the exhibition games, Boone explained that he has several plans for his lineup in this new season of Big leaguesin which he has the pressure to lead the team back to the World Series.

In his line-up on day one, the Bronx club helmsman will make a statement of intent as to how he will manage the group this year.

There are two items in particular that have fans on the lookout. One of them is the leadoff hitter, a role that Boone has already teased that he plans to give the veteran. Josh Donaldson, one of the team’s newest additions who hit .321 with 3 home runs and 6 RBIs this spring.

The second is how the manager will deal with overcrowding in the infield. Specifically, who will he start at second base? Although DJ LeMahieu has a head start on taking on this role at a position where he has won three Gold Gloves, it might come as a surprise that Venezuelan Gleyber Torres, who has been on fire, is the waiter on day one.

While many were stunned by the announcement that Venezuelan utility man Marwin Gonzalez would make the team, his presence won’t change the initial plan for the inaugural lineup.

Gonzalez stayed to be the utility man and add depth to the backup, not to fight for a starting job, barring an injury at some point this season.

This is what the Yankees lineup could look like on Opening Day 2022:

The projection of the Yankees lineup for Opening Day 2022