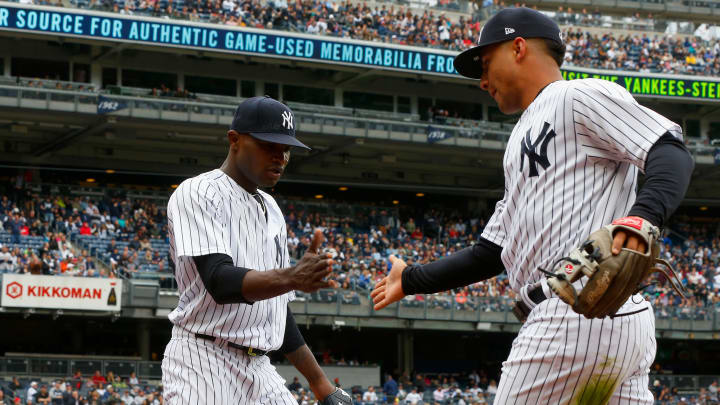 There are good reasons to understand why there is in MLB so many rumors that signal the interest of the New York Yankees for landing Matt Olson in a trade from the Oakland Athletics.

In New York they have concerns about first base, since they have not reached an agreement with Anthony Rizzo and Luke Voit’s injury history worries them.

Olson is shaping up to be a candidate, and just look at the fact that he has been in the top 10 in the home run department the last three seasons of the Big leagues.

But in addition, the 27-year-old left-hander who has won two Gold Gloves at first is coming off a great season with career highs in home runs (39) and RBIs (111) and was invited to the All-Star Game for the first time.

As if that were not enough, Olson will be under the control of the team until 2023, according to the specialized portal Spotrac.

If a deal hasn’t been finalized, it’s because Oakland is said to ask a lot in return. In New York they must be clear that they must offer very attractive pieces if they want to stay with the initialist.

Analysts point out that in the package of players that New York can offer are pitching prospect Deivi García and Venezuelan infielder Gleyber Torres.

Although Torres was untouchable at one point, his value in the market has diminished with the offensive problems he has dealt with in recent seasons and that can slow down the negotiation.

The right Domingo Germán and Voit himself are other names that can be put on the table.