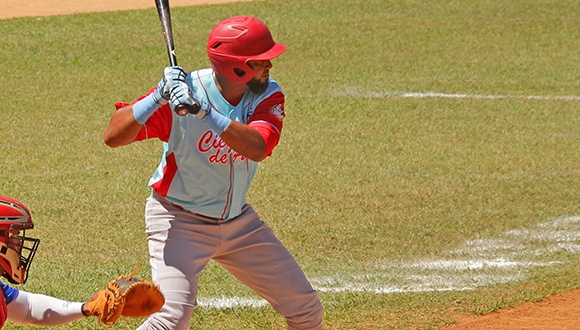 Raúl González hit his 99th home run in the National Series in the victory of the Tigers. Photo: Boris Luis Cabrera/ Cubadebate.

The Avispas de Santiago de Cuba and the Tigres de Ciego de Ávila defeated their respective rivals this Tuesday, to cause a quadruple tie at the top of the standings of the 61st National Serieswhen half of their qualifying schedule has already expired.

With the blow of bats they arrived Wasps by Eriberto Rosales to the top of the championship, knocking out the Hurricanes of Mayabeque in six episodes with a score of 21-3 and a ruthless attack of 19 hits, to give them their fourth setback in a row.

Marcos Fonseca took the fences with the overflowing sacks of comrades. For the losers, Denis Laza also homered. 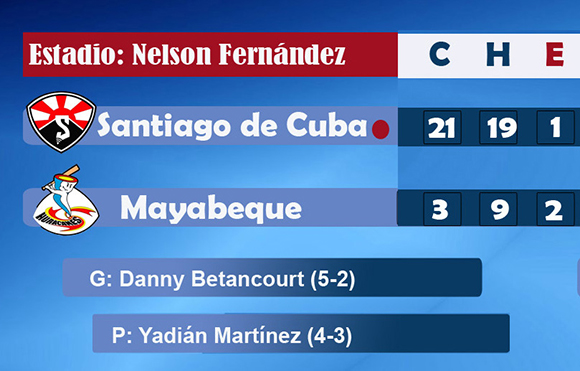 The Yorelvis Charles Tigers They also did their homework for the day and thrashed the Cazadores de Artemisa 17-2 in seven innings, with an artillery of 20 hits that left the stands of the 26 de Julio stadium almost empty.

Leovanys Pérez scored a grand slam, Héctor Labrada shot his first for life and Raúl González hit another to place himself one of the 100 in his career. 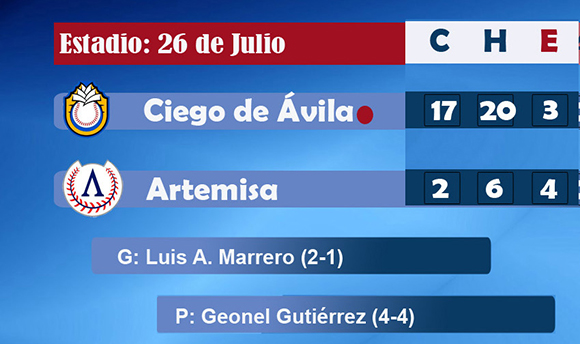 The Vegueros of Pinar del Rio they beat the Gallos de Sancti Spíritus in the ring of Capitan San Luis to beat them 11-5, break a winning streak of four challenges and add fuel to the fire in the standings.

Yaser Julio González hit his ninth home run of the season and Rodiel Martínez scored his first in the National Series. 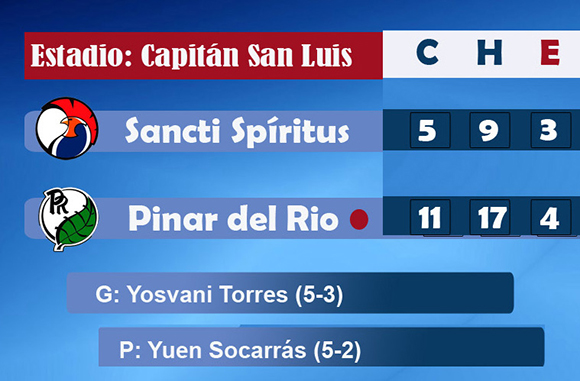 The current champions of Granma they took advantage of the troubled river and placed themselves just one game behind the leaders, by defeating the Villa Clara Sugar Producers 9-3, before the sad gaze of the fans gathered at the Augusto César Sandino. 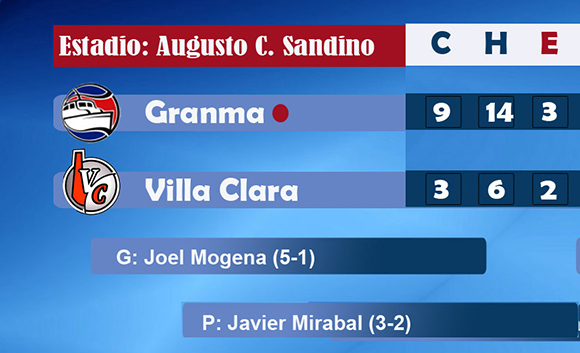 In the Victoria de Girón, the Matanzas Crocodiles they leaned on the left arm of Yoannis Yera to whiten the Indios de Guantánamo 5-0 and placed sixth in the championship, just two games from the seat of honor.

Yera eliminated nine rivals by way of strikeout and reached 55 in the season, to reaffirm himself as a leader in that department. 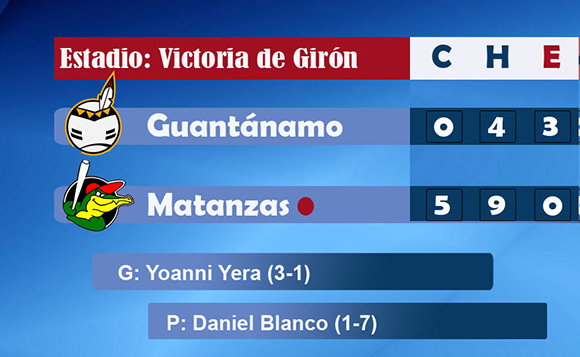 Pedro Álvarez excelled on the mound and the Lions of the capital they defeated the Leñadores de las Tunas on Tuesday afternoon with a final score of 3-0, to take the lead in the particular fight and stay very close to the classification zone.

For the blues, Jorge Enrique Alomá and Yasiel Santoya hit home runs, the latter with the eighth of the contest.

Kendry Hernández, the same one who won the All-Star Game, guided the pirates of the island to the 8-2 victory against the Toros Camagüeyanos, to remain alone in 11th place, just four games away from the first position in the tournament. 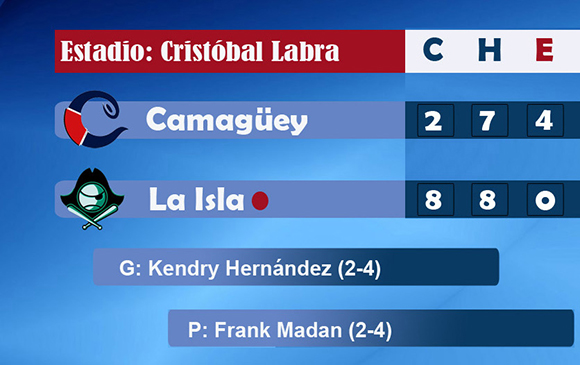 Finally, on September 5 the holguin puppies They continued on the right paths by achieving their third victory in a row, this time at the expense of the disappointing Elefantes de Cienfuegos, with a score of 9-6.

Yeison Pacheco and Edward Magaña disappeared the ball over the limits of the field, the latter with the bases loaded.

For the defeated, Yusniel Ibáñez took the fences, with the number 96 of his sports career. 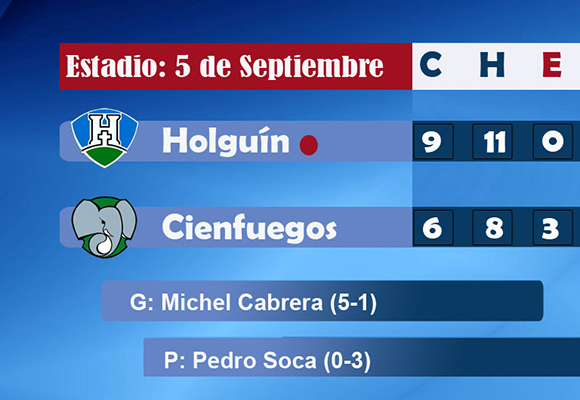 We apologize to the readers for the few details published in this summary, but the official website of Cuban baseball where the statistics and box scores of the matches are found is inoperative. The data was provided by the Vívela Team. 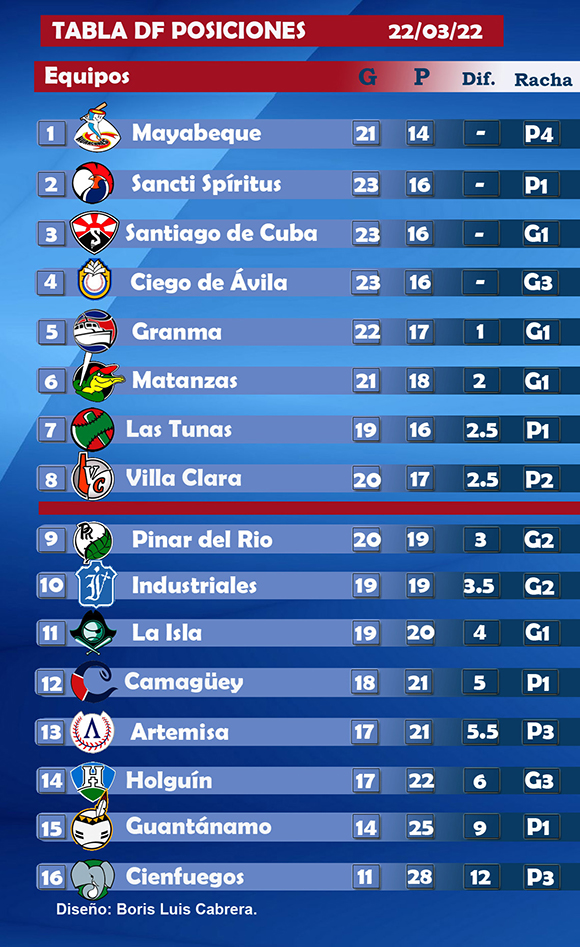 The National Series heated up: Quadruple tie at the top (+ Box Score and Position Table)