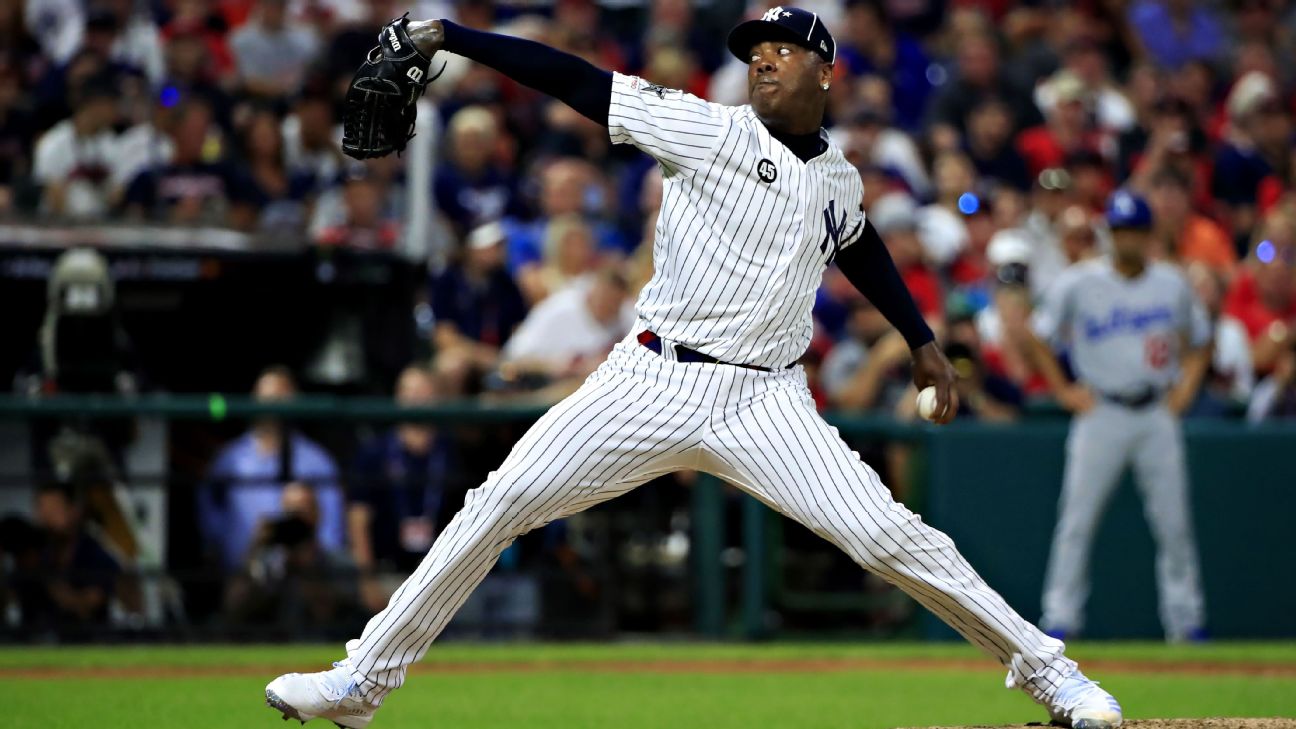 The New York Yankees they do not need to make many movements in their bullpen facing the MLB 2021, but there are things that can be a better chin.

Still, there are three smart moves the Yankees can make before the start of next season.

First, Michael King was late at the end of the season and proved to be a skilled long relay specialist. Boone should hire him in this position next year, especially since his starting role hasn’t worked. He seemed much more comfortable as a long reliever last year than as a starter.

Boone probably overused Chad Green in part because the team lacked an effective extended relay specialist. A long reliever would provide the rest Green and others at the “pen need” between appearances.

What to do with Chapman?

The Cuban closer showed improvements at the end of the season and we cannot forget his good start, he only had a few bad times during almost the entire summer.

What the New York Yankees must do is prepare a reliever who is ready to close games at any stage of the season, Chapman often has long falls that cost the team good games. If you always have an answer, there is no reason to take so much risk with the Cuban.

What would be the answer?

Jonathan Loaisiga, neither more nor less. The Nicaraguan was included in the ideal team as one of the best relievers in the American League.

At the same time, Chapman can respond better to less challenging situations during a game if he is used as a setter in the eighth inning. The pressure seemed to affect him during the 2021 season, and his confidence in his shooting waned at critical points.

Chapman is a free agent at the end of this season, so the Yankees could already see Loaisiga as the closer for the near future.

Finally, the Yankees should seriously consider adding an experienced and effective southpaw to the bullpen before the 2022 season begins.

Notably, early in the season the Mules signed veteran Brian Ogrady, Zack Britton and Justin Wilson, none of which managed to deliver long-term results in 2021.

The moves the Yankees should make in their bullpen