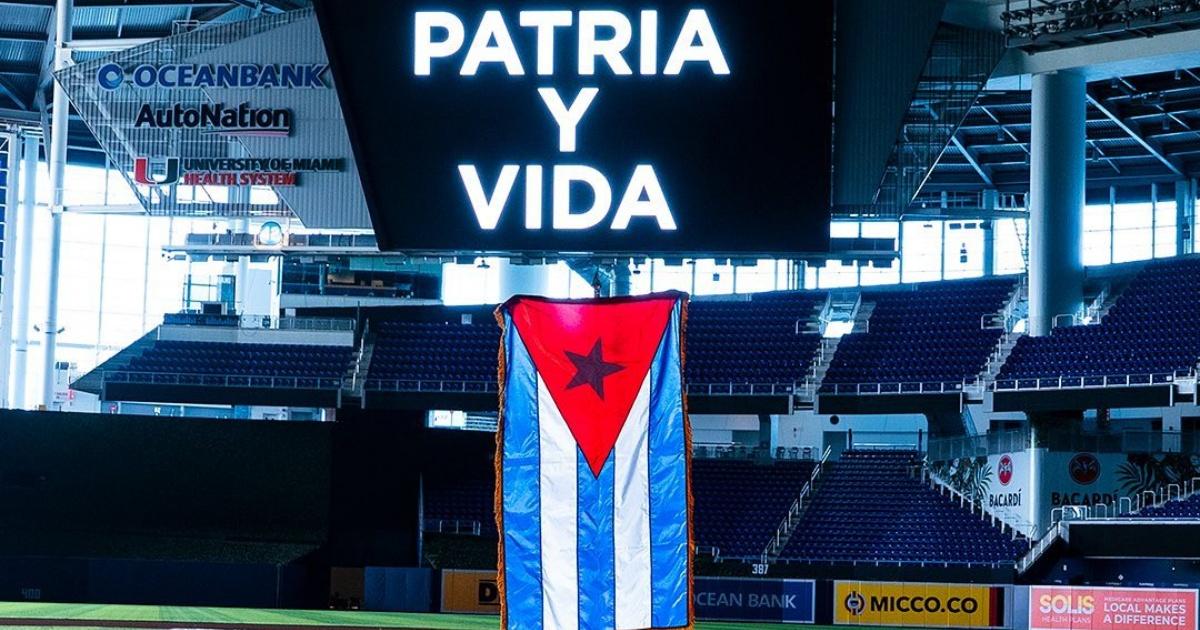 The Miami Marlins baseball team placed a Cuban flag at the LoanDepot Park stadium in solidarity with the island’s people, who have been the protagonists of a wave of protests since the weekend against the Díaz-Canel government.

“SOS Cuba“, the team wrote on their Instagram account, while the photo shows in the background a gigantic poster with the phrase Homeland and Life.

So far the publication has almost thirteen thousand reactions on the social network and most of them from Cubans thanking the baseball team for the support of the island people.

On Sunday, hundreds of Cubans took to the streets in more than 60 points of the national geography to ask not only for food and medicine in the midst of the crisis that the country is experiencing, but also for Díaz-Canel and the communist leaders to leave power.

The wave of protests not only generated reactions in the international community, but also served as a justification for the dictatorship to remove its repressive forces after restricting access to the mobile data network across the country in order to prevent the world from knowing what is happening.

The Government of the United States, Spain, Uruguay, as well as politicians from different regions of the planet have called attention to the wave of repression that Cuba is experiencing, with the approval of its top leader, Miguel Díaz-Canel Bermúdez, who incited the “communist revolutionaries” to confront those who will protest in the streets.

A few days after the peaceful popular demonstrations, little is known about how the matter has evolved because the regime cut off the internet service and the little information that comes out of Cuba is difficult to verify by independent media, since the official press and the foreigner accredited to the island do not show the reality of the country.

This Monday from Miami, lThe Resistance Assembly called for a national strike with the aim of putting even more pressure on the Cuban authorities and continuing the path towards democracy on the island.