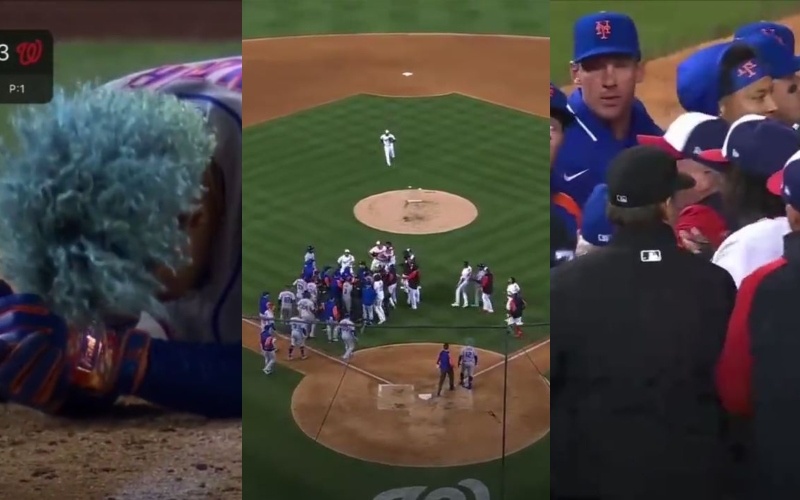 The benches of the New York Mets and the Washington Nationals were emptied after a pitch hit Francisco Lindor in the second game of the 2022 season.

things between Nationals of Washington and the Mets of New York have been tense after three balls awarded by the Nats on Opening Day, especially one that was close to going to Pete Alonso’s face, but luck was only in the head and he was able to continue playing normally on the MLB 2022.

The next day, manager Buck Showalter came yelling at every Nats pitcher as a pitch hit one of his guys close by. Finally, pitcher Steve Cishek hit a ball to the head of Francis Lindor and the benches were emptied. I already Mets of New York were alert with the Washington Nationals in case something similar to what happened the night before happened.

Lindor left the game, he was replaced by Luis Guillorme as a pinch runner at first. While pitcher Steven Ciskey was ejected from the game and replaced by veteran Sean Dolite.

Francisco Lindor gets drilled in the head and the benches clear #LGM pic.twitter.com/kfvs4biDAD

The manager of the MetsBuck Showalter , and that of the Nationals, Dave Martínez, exchanged many words during the match, while other players were warming up looking for things to go further. However, the referees and most of those present saw to it that everyone went to their respective team’s dugout.

The first MLB suspensions are expected to come in the 2022 season, as it is the first time in two days that incidents like these have been formed.